Revisiting the ’80s European compacts many of us grew up in can be a bittersweet experience. While their sometimes crayon-scented interiors can evoke times long past, their failing electronics can put into perspective how far gone those days are, corrupting otherwise comforting memories. So while many of us want the trappings of a vintage Volkswagen, we’d prefer the functionality of something less fallible, like a modern Japanese compact. And that’s where the Renoca Euro Box fits in.

Yet another of those odd custom body conversions out of Japan, the Euro Box is a Hyundai Veloster-sized wagon based on the Toyota Probox, a compact van built by Daihatsu. To make Euro what’s Pro, Renoca swaps out the factory grille, front bumper, headlights, hood, and fenders for those that could come from almost any ’80s European compact, achieving a look that could camouflage it perfectly on the streets of City 17. 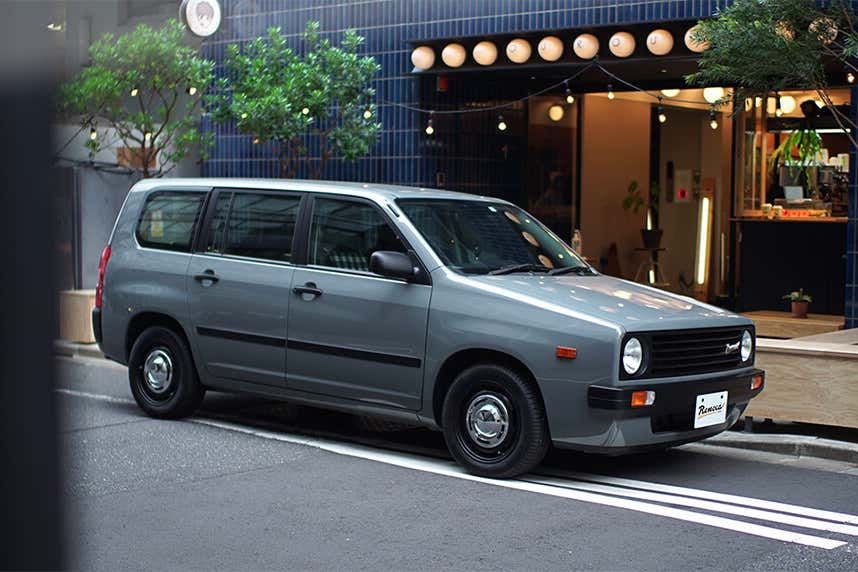 Credit for this subtlety belongs in part to the muted, almost faded-looking paint palette, which consists of two primary colors—two drab beiges and three grayscale, which one imagines to be named Tower Block, Checkpoint, and Brutalism. Four upholstery schemes further camouflage this car’s Japanese origins, one of them being a dull, flat black; two of them coarse, almost tweed-like weaves; and one plaid pattern that could come straight out of Target’s collection of button-ups for preteen boys. These along with two period wheel options, including the set seen above and some steelies, can be optioned to your heart’s content in Renoca’s online configurator. However, heading straight there would mean missing out on an examination of the Probox’s (and thus Euro Box’s) mechanicals, which are interesting enough in their own right. 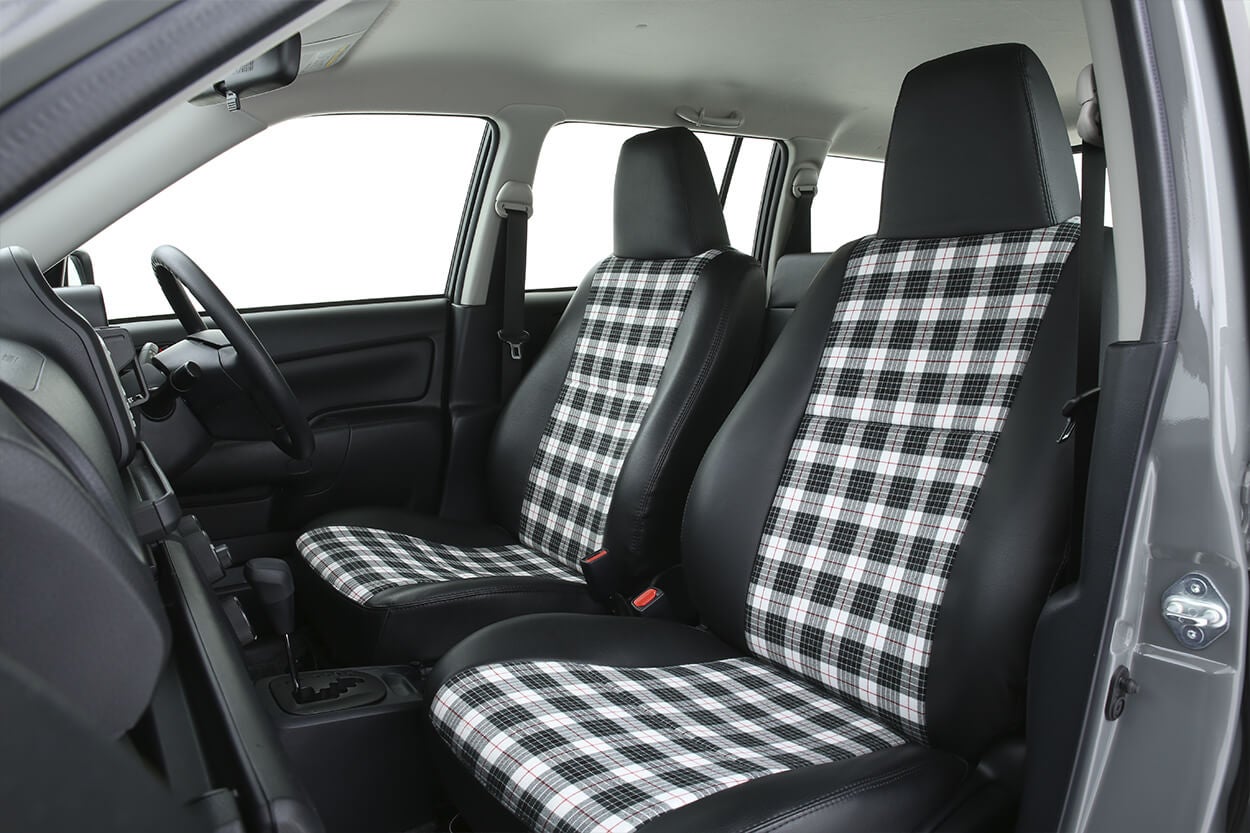 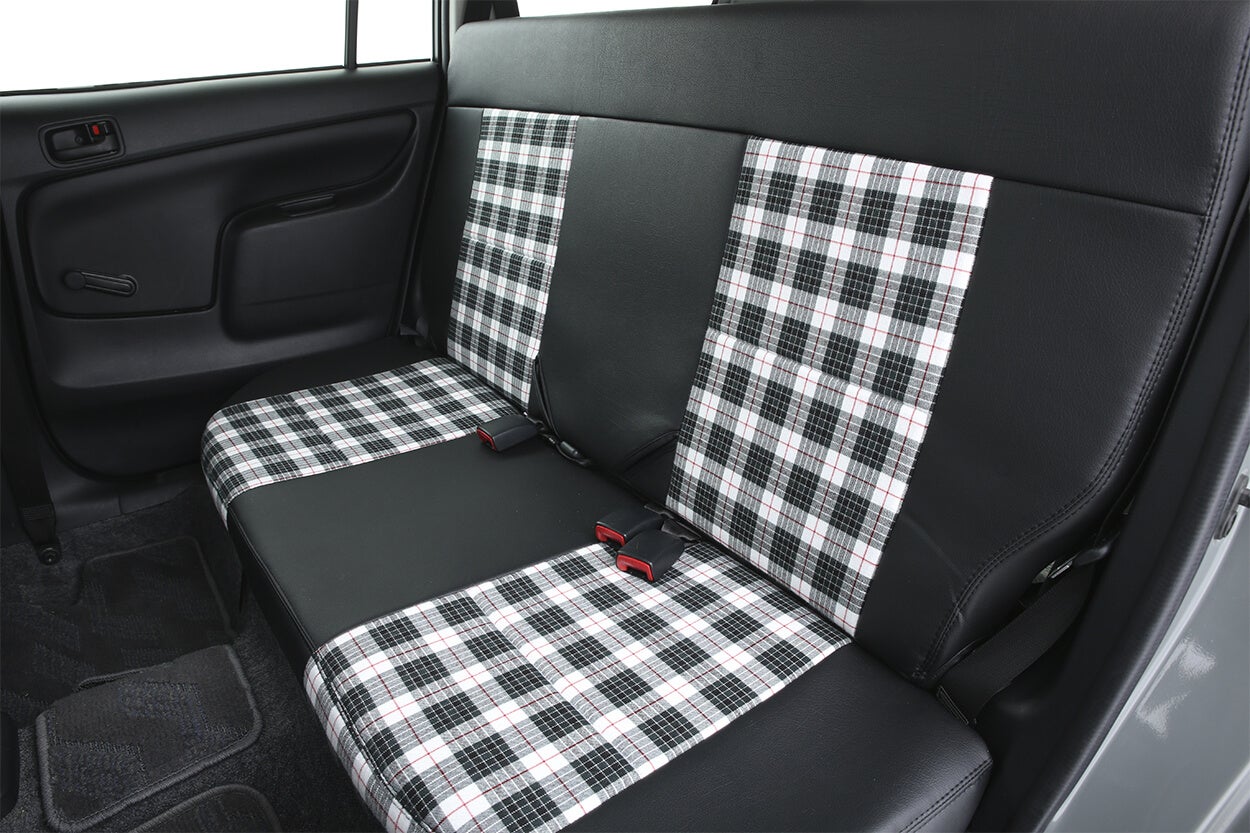 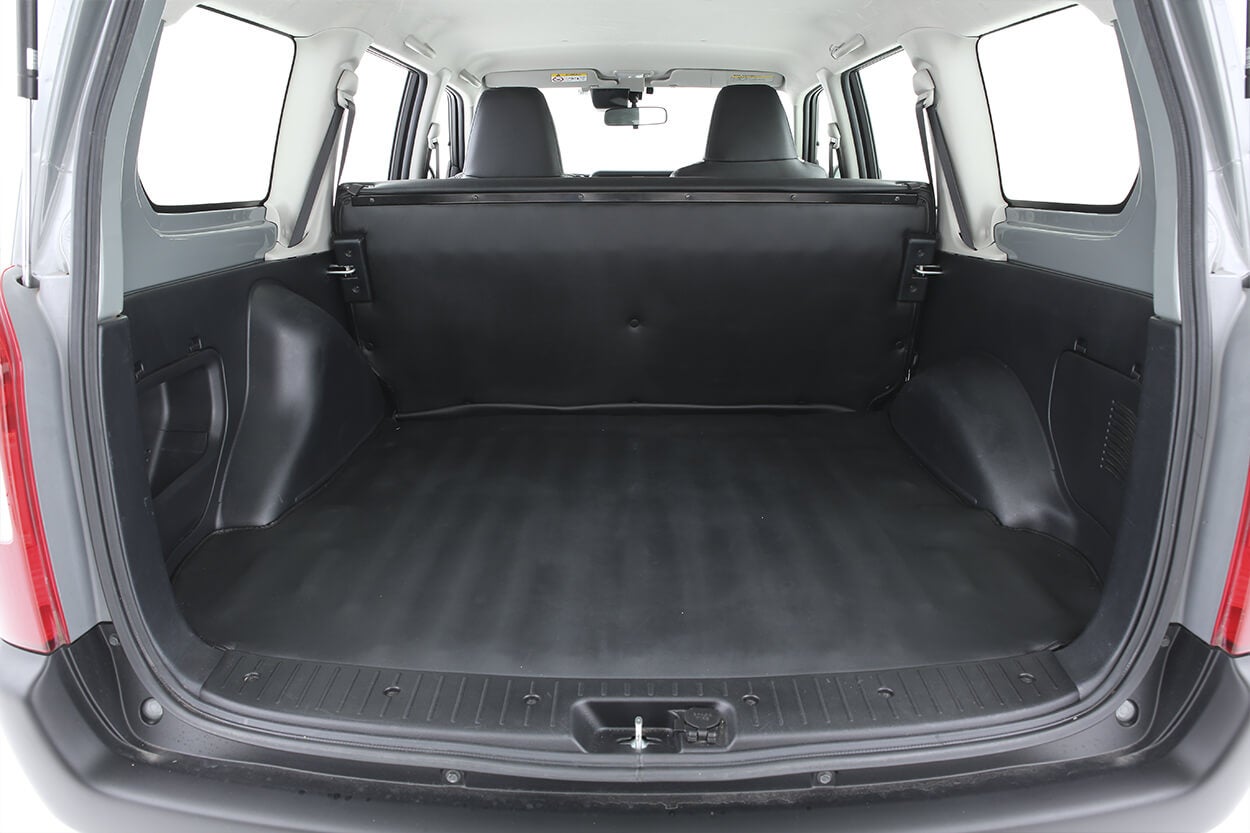 Proboxes were produced with an astonishing range of powertrains, from run-of-the-mill gasoline engines to turbodiesel, compressed natural gas, and later on, even hybrid drivetrain options. Hybrids were probably the only models to receive the CVT, with the rest transmitting power through either torque converter automatics or traditional manuals. Both front- and all-wheel drive were available, though English-language info on which configurations were made and when is hard to come by.

Sadly, so is clarity on what a Euro Box actually costs, as translations of Renoca’s website don’t make fully clear whether a Euro Box’s $18,000 to $24,000 price tag covers just the conversion or includes a donor vehicle—seemingly the latter, given the mention of mileage on the Euro Box’s model page. Even if you have that kind of liquidity sitting around, though, you’ll have to wait until 2027 to import one, as the Toyota Probox didn’t enter production until 2002. And while six years of waiting, scrimping, and saving may sound like a long time, at least some of that time can be passed by watching people torpedo their finances trying to afford the Euro time capsules snagging six figures on Bring a Trailer.