Home » News & Features » The Success of GMC’s AT4 Off-Road Wing Is Surprising, Even to GMC The Success of GMC’s AT4 Off-Road Wing Is Surprising, Even to GMC

The Denali trim level is GMC’s cash cow, sitting at the top of the lineup. GM’s truck and SUV brand has two decades of success under its belt with the Denali name, ubiquitous even to the point that lots of GMC owners, when asked what they drive, will say “a Denali” instead of the model name.

Executives figured they could have even more of a good thing if they paired the upscale pieces of the Denali with an off-road subbrand: thus, the AT4 was born. In 2018, GMC launched the AT4 with the 2019 Sierra, which dovetailed nicely with the explosion of overlanding and off-roading the market has seen in the last few years. And the success of the AT4 has been a pleasant revelation, even to the brand that launched it. 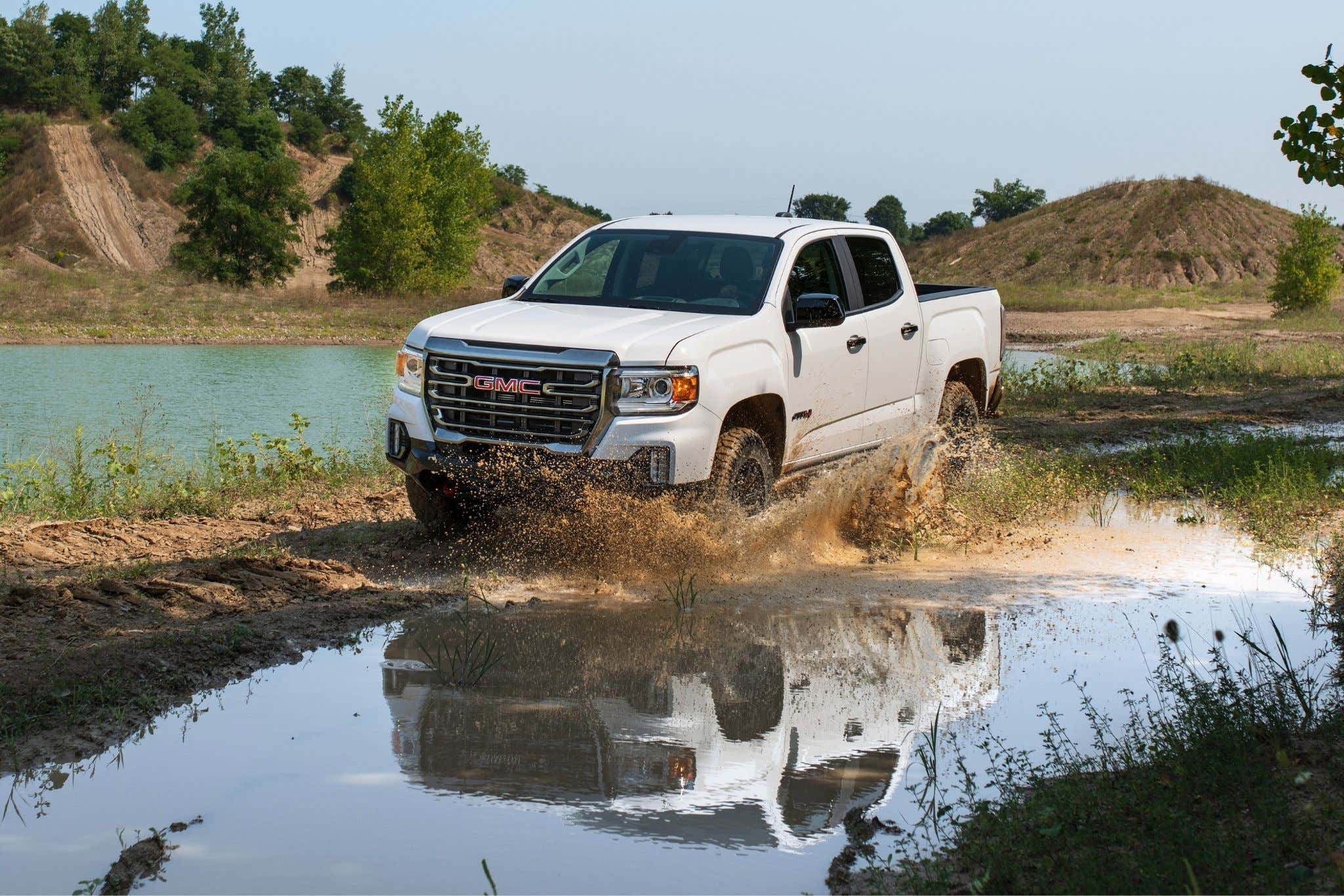 “The success of the AT4 caught us by surprise in the last few years,” says GMC Senior Manager Stu Pierce. “There is certainly a big attachment to the Denali brand; it’s right in that sweet spot. For the Sierra, AT4 models started off around ten percent of the mix, and now it’s taking the edge over Denali for light duty. Our heavy duty truck buyers lean toward Denali.”

So far, GMC is finding that sixty percent of AT4 buyers are new to GMC, and there’s not a lot of cross shopping taking place between that and Denali models, Pierce says. Buyers tend to trend toward adventurous younger folks. The Canyon, GMC’s popular midsize pickup, was launched in 2020 and the AT4 is already the highest volume trim. It’s also available on the Yukon, Acadia, and the Terrain.

“Everyone has a version of an off-road truck,” says Pierce. “We’re going after the combination of premium and off road.” 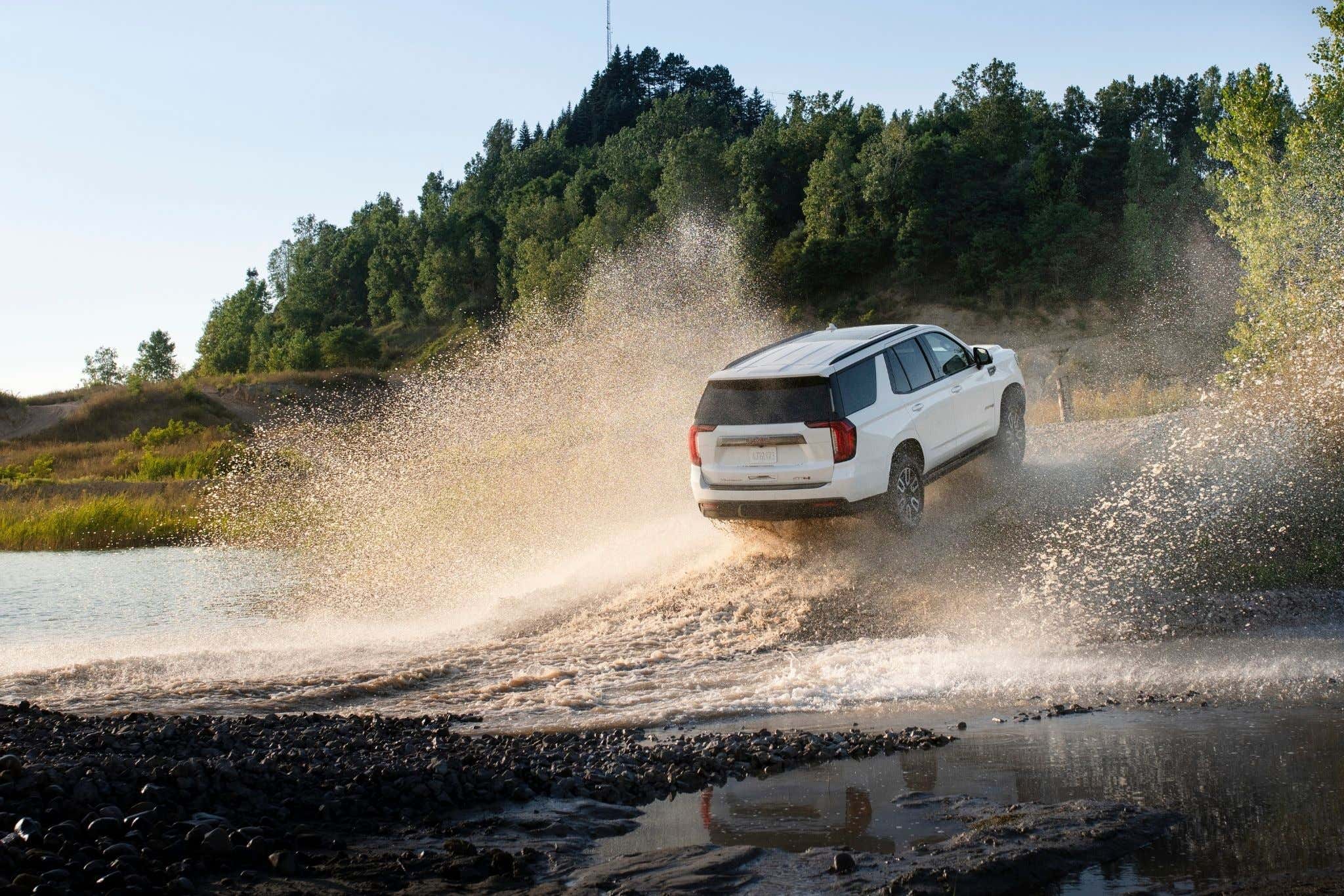 Pierce gave me a few examples of some of the differences between the Denali and AT4:

Denali models include 6.2-liter engine as standard or the new Duramax Diesel. AT4 trim models for 2021 were powered by a 5.3-liter standard with the diesel version optional for the Sierra, and for 2022, GMC added the 6.2-liter to the mix for AT4 trims, which used to be an exclusive part of the Denali formula. 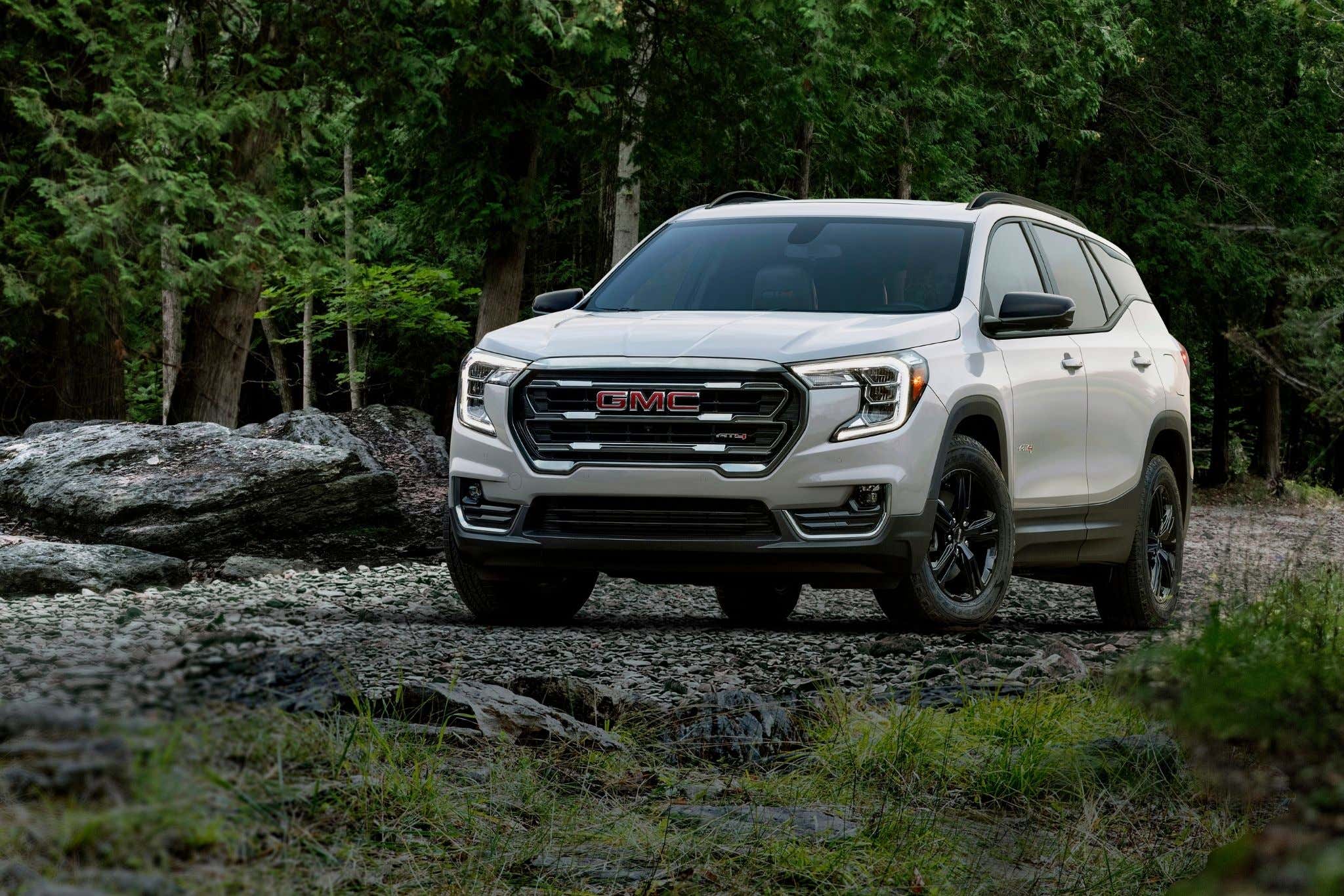 As of now, well over half of Yukon sales are Denalis: between 60 and 65 percent, Pierce says.

“Together I think the  Denali and AT4 models will soon represent more than three-quarters of our sales,” he says. “Once we’re able to build inventory, we think AT4 will grow even more. People like having the top of the line gear.”

It seems prescient for GMC to continue promoting the AT4 as the market changes, especially now. Once the chip shortage is sorted, it will be interesting to see how the mix adjusts and with an all-electric truck in the works, GMC is trying its hardest to stay ahead of its competitors.

Got a tip? Send the writer a note: [email protected]