Home » News & Features » The Woodward Dream Cruise Has Something for Everyone The Woodward Dream Cruise Has Something for Everyone 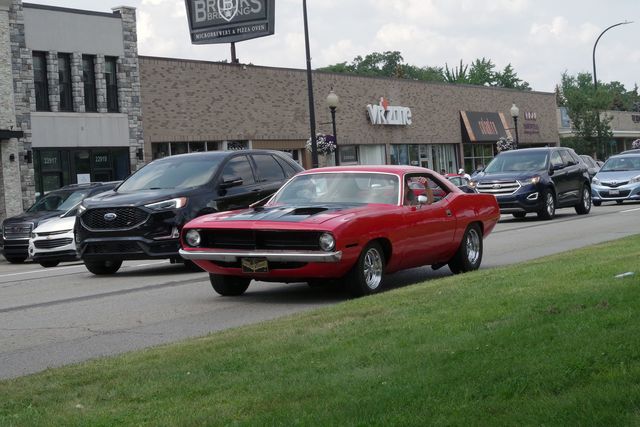 If you’ve ever had the opportunity to stroll around Monterey during its famed Car Week, you’ve probably seen some incredible machines moving under their own power that are often only seen static in a museum. Vintage Bugattis marching down the street alongside Duesenbergs, Hispano-Suizas and Delahayes. Of course, there’s also a fleet of modern super- and hypercars peppered throughout the Monterey traffic. While there’s no question that Monterey has locked down a legendary event, Michigan’s build-up to the Dream Cruise might give Monterey a run for its money.

Michigan’s Woodward Dream Cruise is technically a single-day event, but realistically spans weeks. As the third Saturday in August approaches, more cars start showing up on Woodward. Officially kicking off the Dream Cruise festivities, the folks at Dodge help host RoadKill Nights, an event that shuts down Woodward Avenue to host legal street races. Despite the name suggesting it’s a nighttime event, it really runs throughout the day on the Pontiac, Michigan, streets.

From that day forward, the car enthusiasm keeps growing until the Woodward Dream Cruise officially kicks off the following Saturday. Unlike Monterey’s Car Week and the Pebble Beach Concours d’Elegance, the Woodward Dream Cruise is accepting to everything automotive. At any given point there’s something for everyone on Woodward avenue. There are supercars, vintage supercars, kitschy hot rods, traditional hot rods, muscle cars, trucks, and every other subculture in the automotive world has representation.

Even though you’re probably not going to see a Voison C-25 Aerodyne, you will see a ton of cars you wouldn’t normally see cruising the boulevard. Woodward proudly displays badges from Edsel, Nash, and AMC among the other orphaned and active brands throughout automotive manufacturing. Most importantly, it’s not only vintage or high-dollar iron rolling down the street; you can cruise Woodward in anything with a license plate and wheels.

You might have missed this year’s event, but you can surely still see cars cruising Woodward until the temperature starts to dip and Michigan’s winter starts knocking. And you can always plan on checking out next year’s event. Be warned: It might start with just a day trip, but might become a full vacation.

Have you ever experienced the Woodward Dream Cruise? Tell us about your experience below.