Home » These Are the Cars That Cost More Used Than New These Are the Cars That Cost More Used Than New

As the global semiconductor shortage continues to restrict new-car supply, buyers keep getting funneled into the used market, hiking pre-owned car prices way up. Even high-mileage cars are going for way more coin than they ever did before. Naturally, the costs of “lightly used” vehicles are so high right now that a large handful of highly sought-after models were actually sold for more money used than they did new last month.

Based on data from 470,000 for-sale listings in June, iSeeCars compared prices between used cars from 2019 and 2020 model years against new cars from model years 2020 and 2021. The firm found that the average price gulf between a new car and its lightly used counterpart was just 3.1 percent compared to 10.8 percent back in November 2021. Some models even showed up negative, meaning used ones were more expensive than new examples. 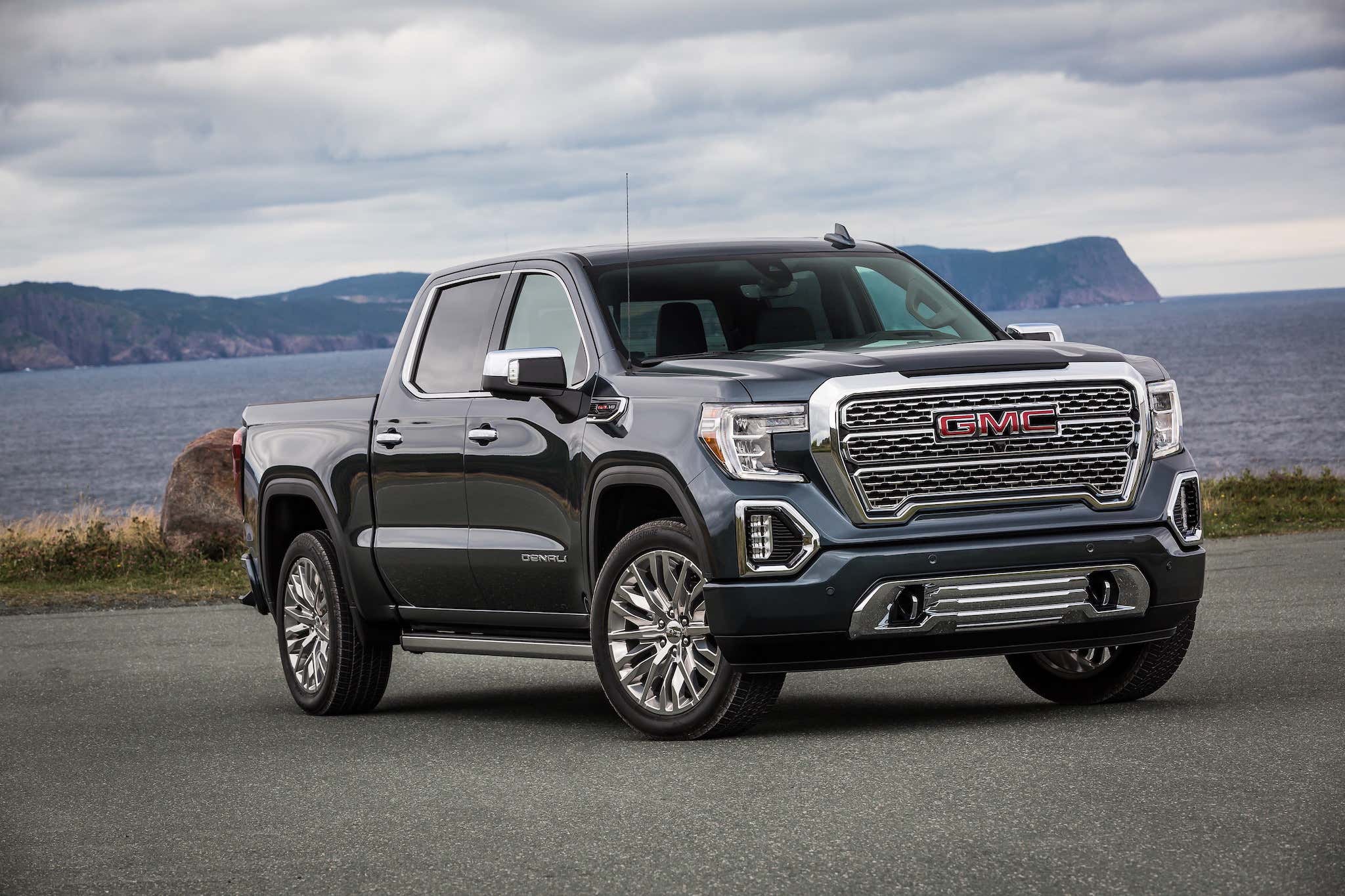 Why spend more money on a used car rather than a new one, you might ask? Because new ones just aren’t readily available and people aren’t willing to wait.

“Used car prices have risen overall, and prices have dramatically increased for certain in-demand models that may be harder to find on new car lots,” said iSeeCars executive analyst Karl Brauer. “Dealers may think used car buyers are willing to pay more for the instant gratification of a lightly-used vehicle they can drive right off the lot rather than waiting for a new one.”

We should point out that iSeeCars’ definition of a “lightly used car” is “a used vehicle from model years 2019-2020 with mileage within 20 percent of 13,476, the average annual miles traveled in the U.S., according to the Department of Transportation.”

As for the specific models that, statistically, are currently more expensive used than new, the hotly demanded Kia Telluride tops the list commanding the biggest “used premium” in terms of both proportion and outright dollars. Used examples went for an average of $47,730 while new ones traded hands for $44,166—a difference of about $3,500 or 8.1 percent.

“The Kia Telluride has been a red-hot seller since its debut in the spring of 2019, and dealers have been charging over MSRP because it’s in such high demand,” said Brauer. “The price hikes have trickled down to the used car market, where used Tellurides aren’t yet abundant and buyers may be willing to overpay for a used version that is likely the only one available.” 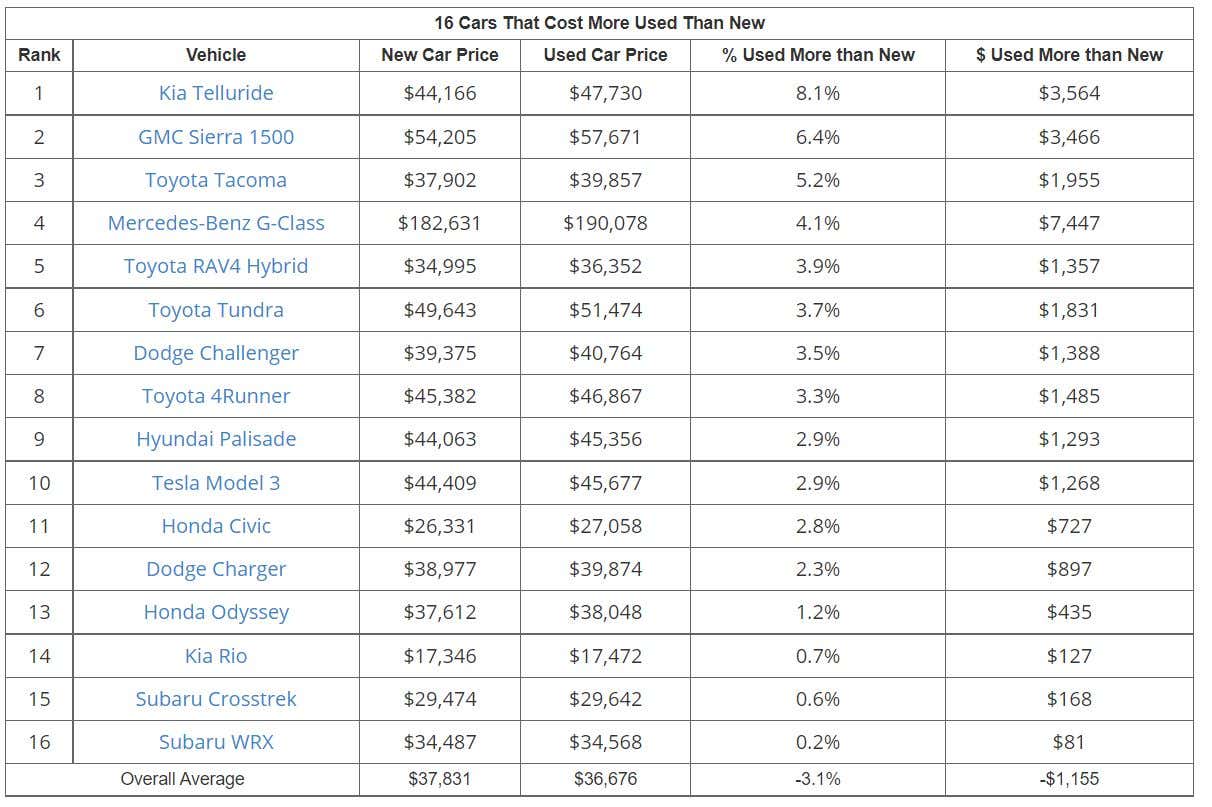 Unsurprisingly, the rest of the list consists almost entirely of trucks, SUVs, and crossovers, with the top five populated by the GMC Sierra 1500, Toyota Tacoma, Mercedes’ G-Wagen, and the Toyota RAV4 Hybrid. The only car-cars to break into the top 10 were the Dodge Challenger in seventh place and the Tesla Model 3, which eked out the Honda Civic for 10th. The Telluride’s Hyundai Palisade platform-mate, meanwhile, sits at number nine.

Nobody has a crystal ball to predict exactly when this used car market madness will end but, for what it’s worth, the Federal Reserve recently predicted it to last another six to nine months.