Home » This Cat Model Made Cars Its Catwalk, Literally This Cat Model Made Cars Its Catwalk, Literally

During the height of supermodel pop culture, model Linda Evangelista told a reporter in 1990 that she “doesn’t wake up for less than $10,000.” Car models make decidedly less than that, and there is one particular star in China who (according to World of Buzz) makes three or four appearances a month at about $1500 each time.

This British Shorthair cat, Mao Mao, fell into car modeling on a whim of her owner, who has been identified only as Zheng. He has a job in the automotive industry and came up with the idea to place Mao Mao in one of the vehicles on display at a car show. She drew a crowd of admirers and became a fixture on the show circuit near Zheng’s home in Jiangbei, Chongqing. 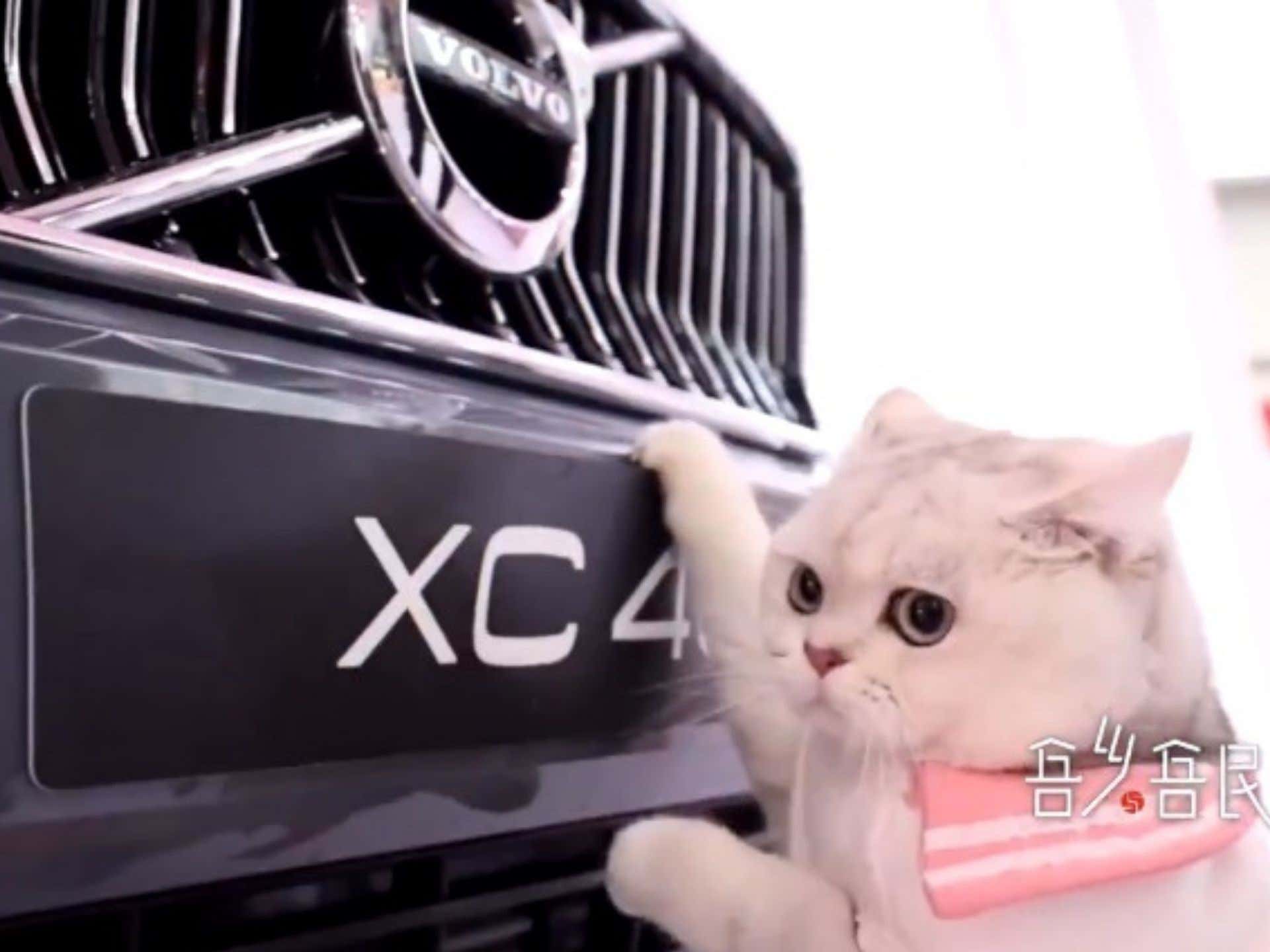 In a clip produced by Pear Video, Zheng shows off the lunchbox-sized case in which he carries Mao Mao’s handmade wardrobe. She is reportedly treated to the best cat food money can buy, and she has at least four different beds and five or more cat scratching boards. This is one cat who earns her keep, so she deserves it.

No word from Mao Mao about how she feels about being stuffed into fancy clothing and posed artfully on steering wheels; the expression on her face communicates a variety of emotions. In the video, she appears to be very chill and even winks once, but there are a few times I wonder if she’s planning her revenge on her owner. We’ll never know what she’s really thinking, but I’d like to see someone add a thought-bubble track and make something up.

To recap: this (admittedly adorable) cat gets handmade clothes, good food, and widespread adoration, and she barely lifts a paw. I don’t mean to be catty, but I am a little envious that all Mao Mao has to do is sit on a car and she makes money. Maybe auto show sponsors will take note and start paying to stage Stef’s Puffalump collection now.

Got a tip on an interesting story (with or without cats)? Send the writer a note: [email protected]

Mercedes 'need to move on' from '1.5 Valtteri Bottas'