This Cyberpunk AMC Gremlin Is Really a BMW Z4 Underneath

You could be forgiven for thinking that the BMW Z3 M under an AMC Hornet body we discovered last week was the only vehicle of its kind. After all, it’s not like AMCs on BMW frames are actually a thing, right? Well, it turns out that’s wrong.

While reading the comments on said story, I found Texas hot-rodder Tyler Zalman, who proudly announced that he too had grafted a BMW Z frame to an AMC. But his wasn’t built from a Hornet—no, his was built from AMC’s divisive economy hatchback; the Gremlin.

Zalman, of El Paso’s Sinister Kustoms, bought the donor Gremlin in 2019 with no plan for the car other than to somehow restomod it. Several months later, he snagged a deal on a totaled BMW Z4 2.5i that had been rear-ended, and it also looked like a tree had fallen on it. Needless to say, the BMW was done for, so Zalman decided to swap its drivetrain into the Gremlin.

“After sitting on the idea for a month or so and doing a lot of measuring, I figured it would be a lot easier to just cut out the floorpan and frames of both cars to swap everything over,” Zalman told The Drive. “So naturally, I figured a modern tuner style would be fitting for the build.” 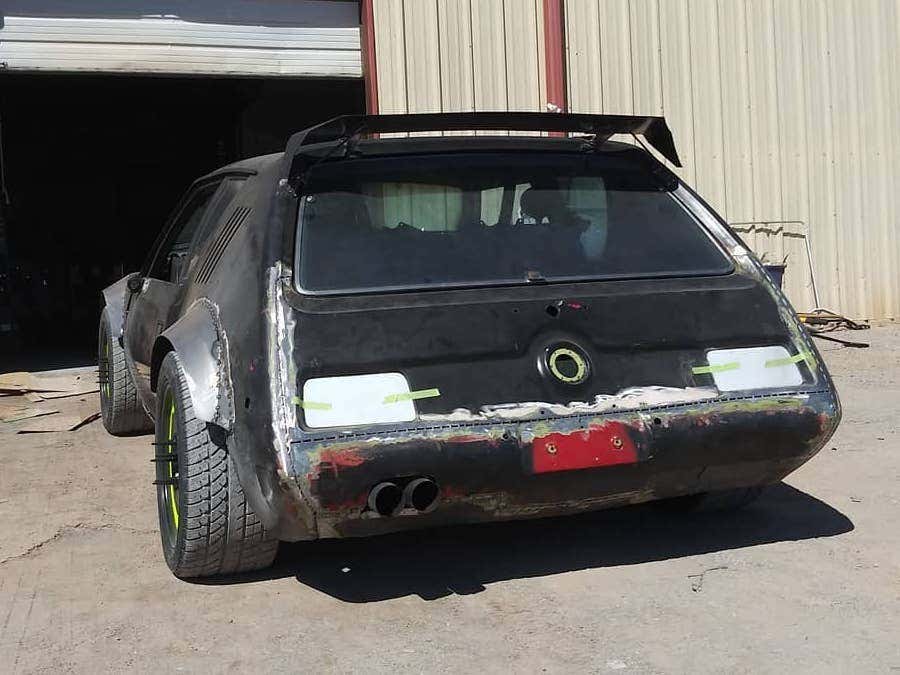 Starting the build on April 17, at the height of the United States’ pandemic shutdowns, Zalman had no customers in the shop to distract him from melding the AMC and BMW together, so he managed to marry the two within a week. As he did so, he stumbled across a wrecked 1994 Chevrolet Corvette C4, so he yanked the wheels and refinished them a violent neon green-yellow before it got sent to the junkyard. Come June 12, Zalman had the Gremlin in driving condition and celebrated the milestone with a tidy little burnout.

Ever the intrepid creative, Zalman wasn’t done there. Given the fact that he planned on driving the Gremlin daily, he fitted the AMC with power windows, Bluetooth audio from a Ford Focus, and to avoid becoming a raisin in the Texas heat, air conditioning. Creature comforts in place, he could set about adding show-stealing details, such as a Nightmare Before Christmas-ready airbag insert, screen-linked cameras in place of mirrors, and infinity mirror taillights.

Despite the Gremlin being daily-ready, Zalman’s not done yet. With time, he hopes to swap the AMC’s drivetrain for a more potent N54 or S54 inline-six and link it to a manual transmission (it currently runs a five-speed auto), as well as install a limited-slip differential into the rear axle. He has no outlandish power goals for the build, but when you have a car this low, wide, and unusual, who needs horsepower?