Back in the early 1980s, the California Highway Patrol needed something a bit quicker than their regular police cruisers to keep up with contemporary performance cars. It looked around, found the Fox Mustang, and had Ford cook up a custom interceptor based on the pony car. These were no regular Fox Mustangs. They were upgraded for police use and painted in police liveries. As a result, they’ve become classics as the decades have passed; after all, what’s cooler than a Mustang cop car? Now, Ford—along with Jay Leno—has thrown it back to the era of the Mustang SSP police cruisers with a modern interpretation to celebrate their 40th anniversary. Needless to say, it’s a bit faster than the original.

Yes, a modern SSP Mustang, called the 11-99, was built by Jay Leno and Galpin Auto Sports with some assistance from Ford and the CHP. It’s a full-fledged, Coyote-powered, 5.0-liter car making 460 horsepower and 420 pound-feet of torque, complete with several alterations to make it more police interceptor than daily driver.

“The iconic Special Service Mustangs were built by Ford to assist officers in keeping the public safe,” said Leno, speaking about the vehicle. “Our ’Project 11-99 vehicles honor the hard-working men and women of the California Highway Patrol, along with all law enforcement professionals across the country, who protect and serve.” 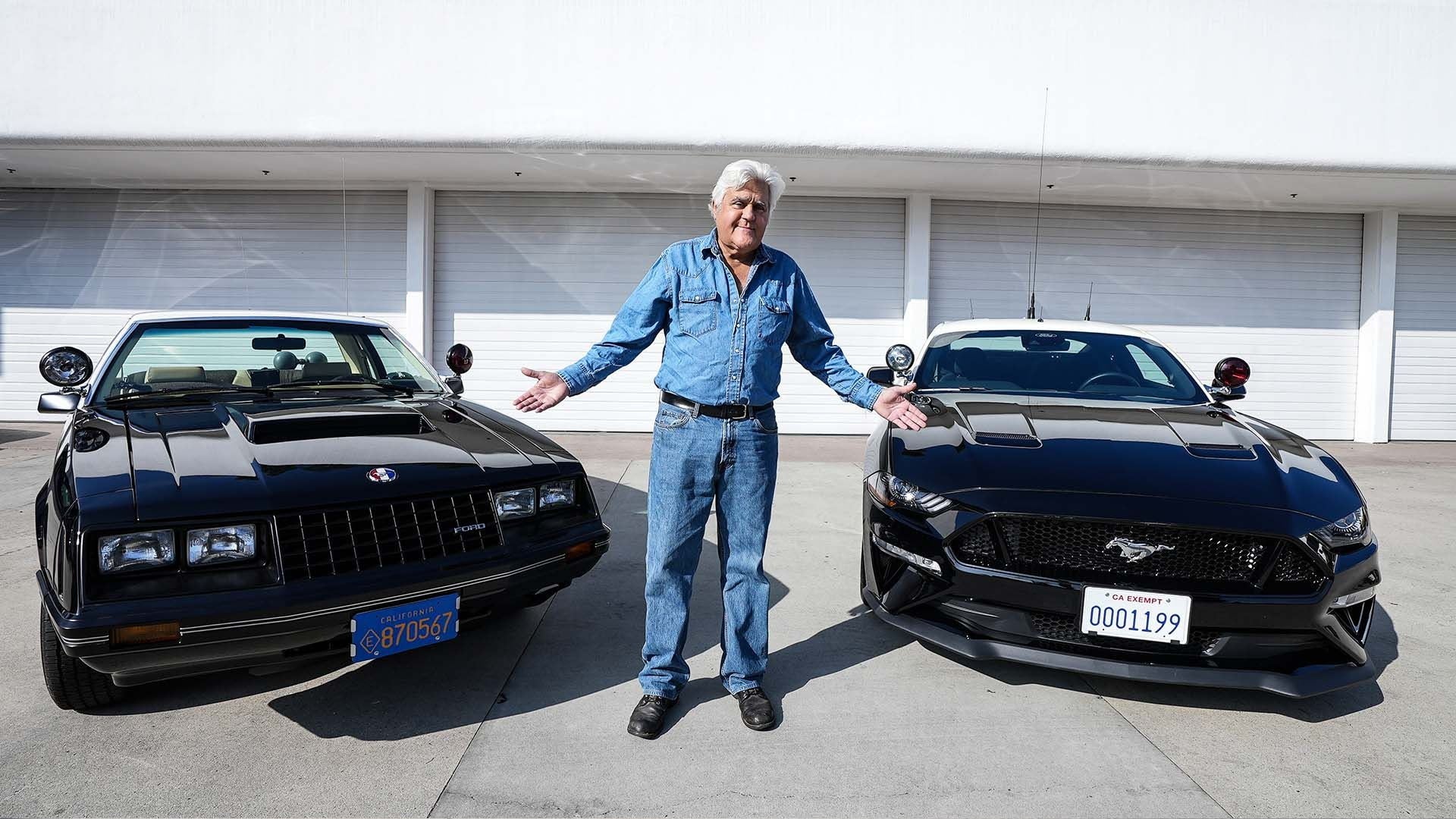 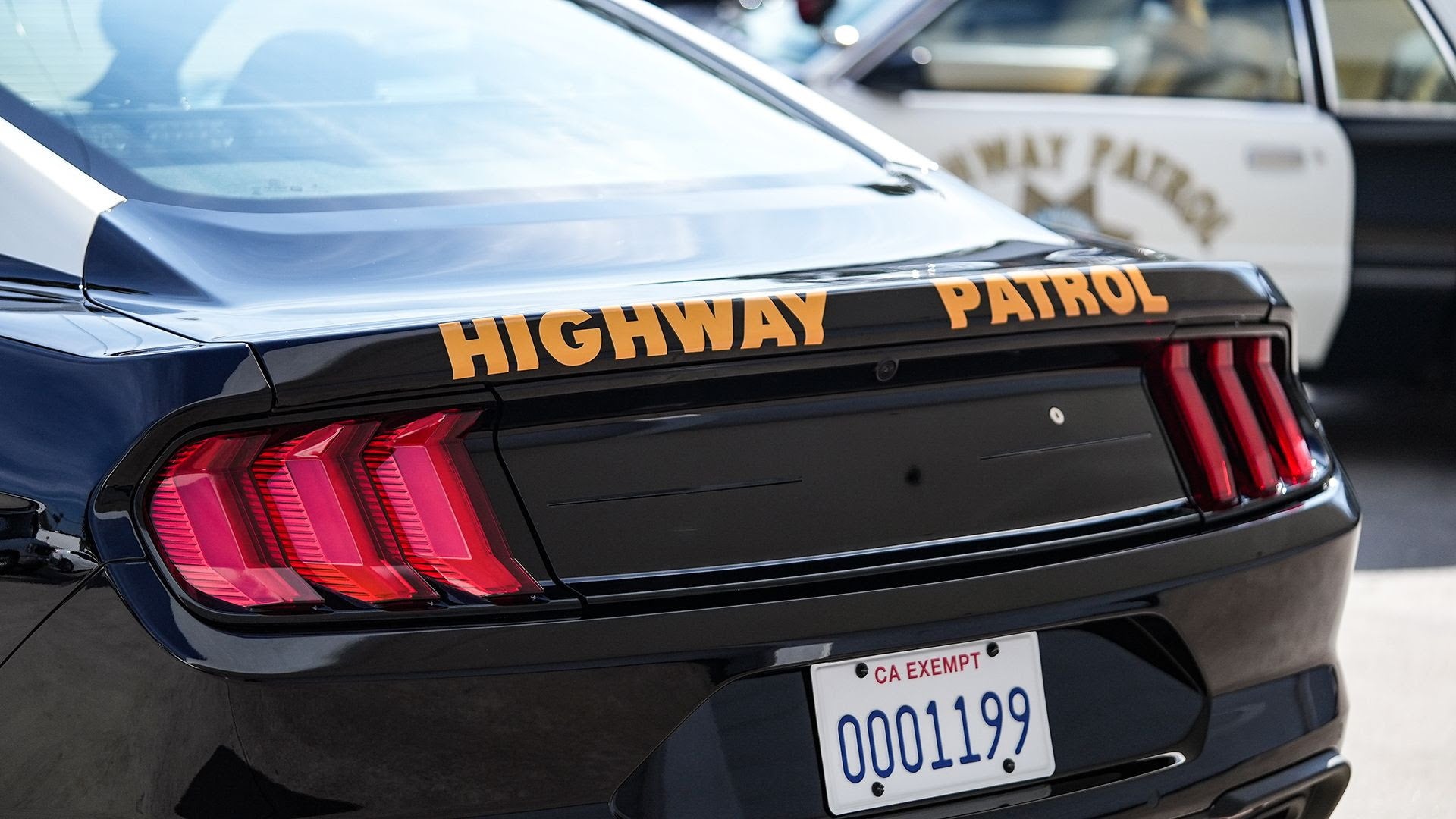 For those who aren’t familiar with the original cars, they started out as regular 1982 GL-trim Mustangs and were modified from there into SSPs. Equipped with standard 5.0-liter V8s, the cars came with either a four-speed manual or automatic transmission, a limited-slip differential, and a certified speedometer. Other minor changes like a radio delete and single key locking were added too, and most of these features appear on the new sixth-gen recreation.

To keep things fun, the S550 Mustang GT that’s been modified has a six-speed manual transmission, although not all original Mustang SSPs were stick-shift, as previously mentioned. It also maintains the classic LSD, certified speedo, and physical key locks. It isn’t all old-school, either; as you might be able to tell, the roof of this new Mustang is bristling with antennas. That’s because it packs a slew of modern police tech inside. 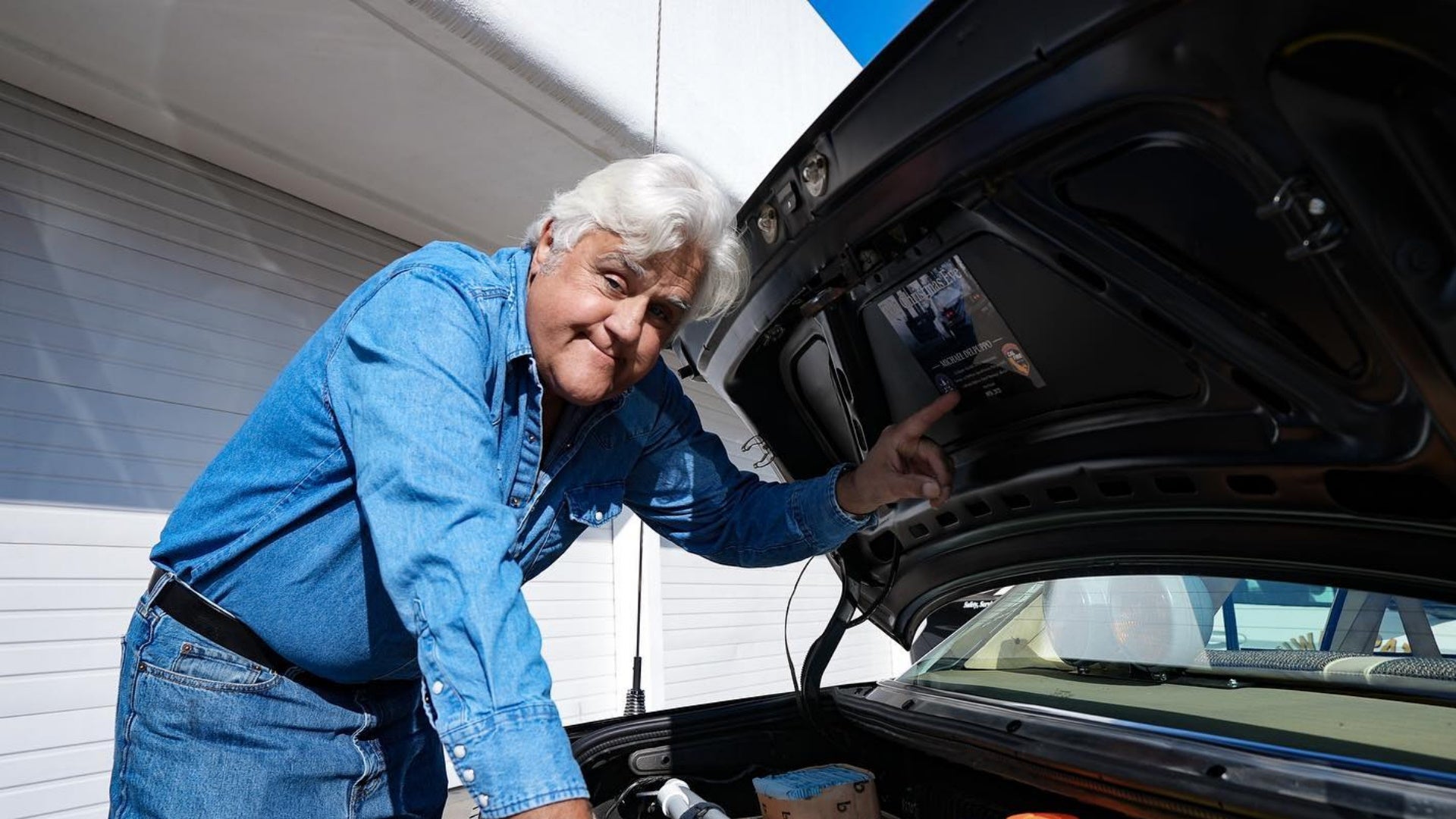 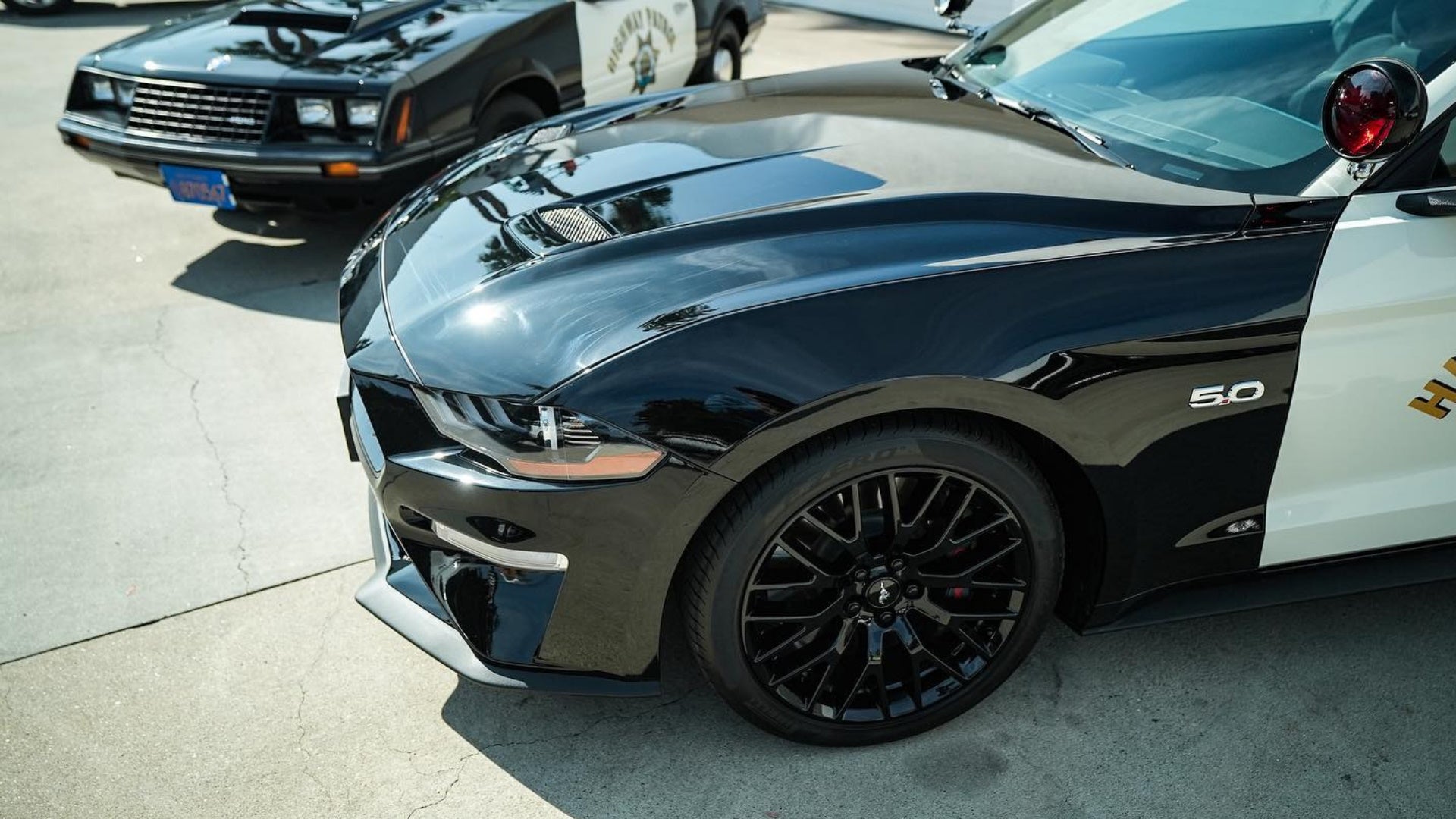 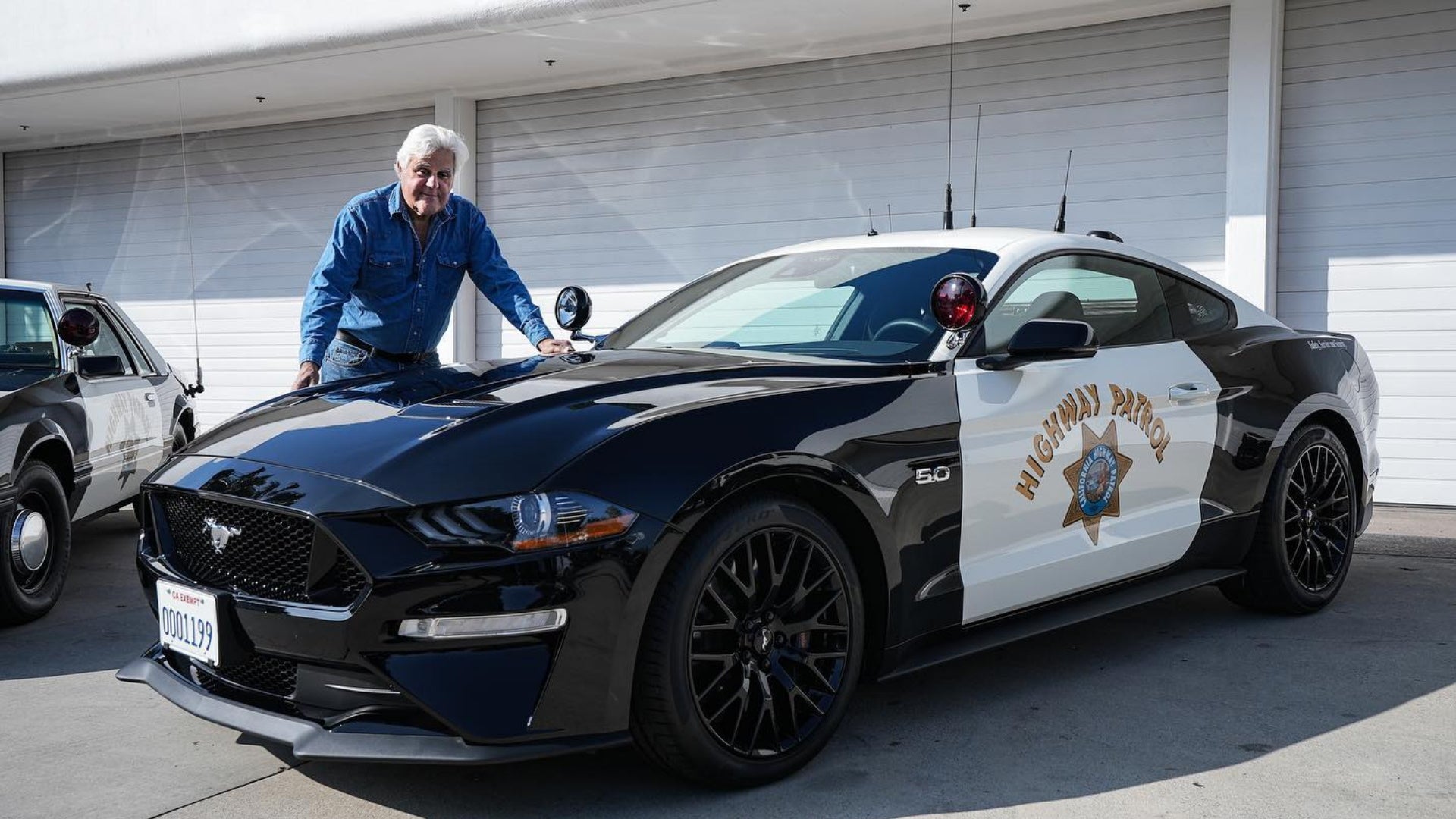 All of these features are integrated into a base Mustang interior that was purposely spec’d for the build. As is typical with police cars, there are zero frills or creature comforts—just cloth seats and rubber floor mats. In fact, the only real “cool cop” feature this new SSP gets besides the slew of antennas is the CHP-approved paint job and the California-style, pillar-mounted spotlights. This thing isn’t just dressed up to look like a police car, then; it could actually be used as one.

Unfortunately for the CHP, it never will be. American cops aren’t as lucky as their Italian counterparts, and this particular car is going to be used for show purposes only. What we’re saying is, don’t expect to be pulled over for a loud exhaust in California by a customized Mustang police cruiser.

Why I booked an MG ZS EV
Car Reviews