Black Bear Pass outside Telluride Colorado is no joke. Once the off-road trail meanders through Bridal Veil Falls, it gets steep, extremely narrow, and very treacherous. Accidents happen, and when they do, they aren’t exactly fender-benders.

One such accident occurred over the weekend on Oct. 10. A woman and two dogs were in the red Jeep Wrangler pictured below, waiting for the driver to return from helping another car when it slid off the trail, ejecting her while rolling several times. While the vehicle was almost completely destroyed the female passenger survived, albeit with serious injuries. One of the two dogs is also reported missing, while the other is ok. 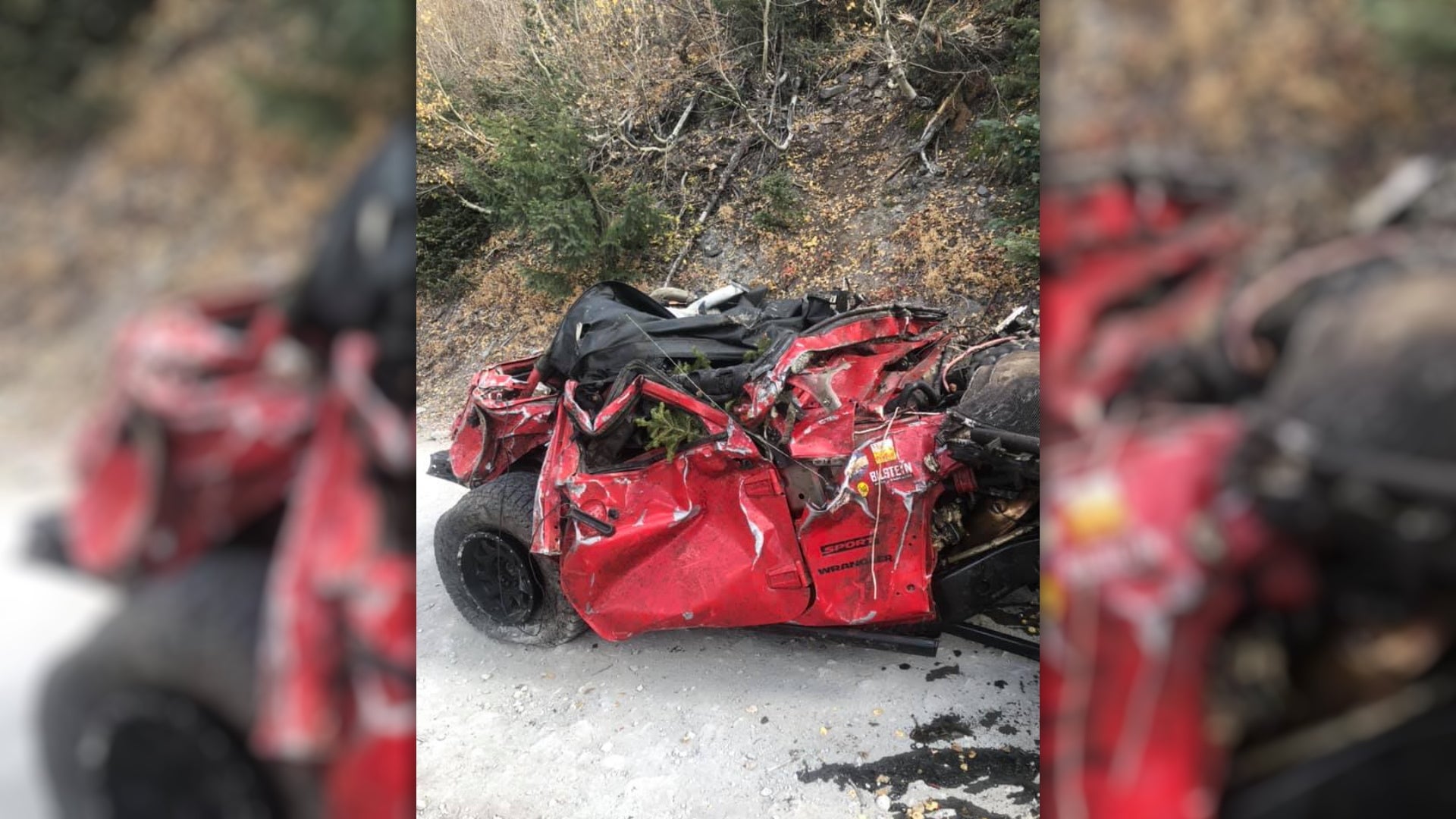 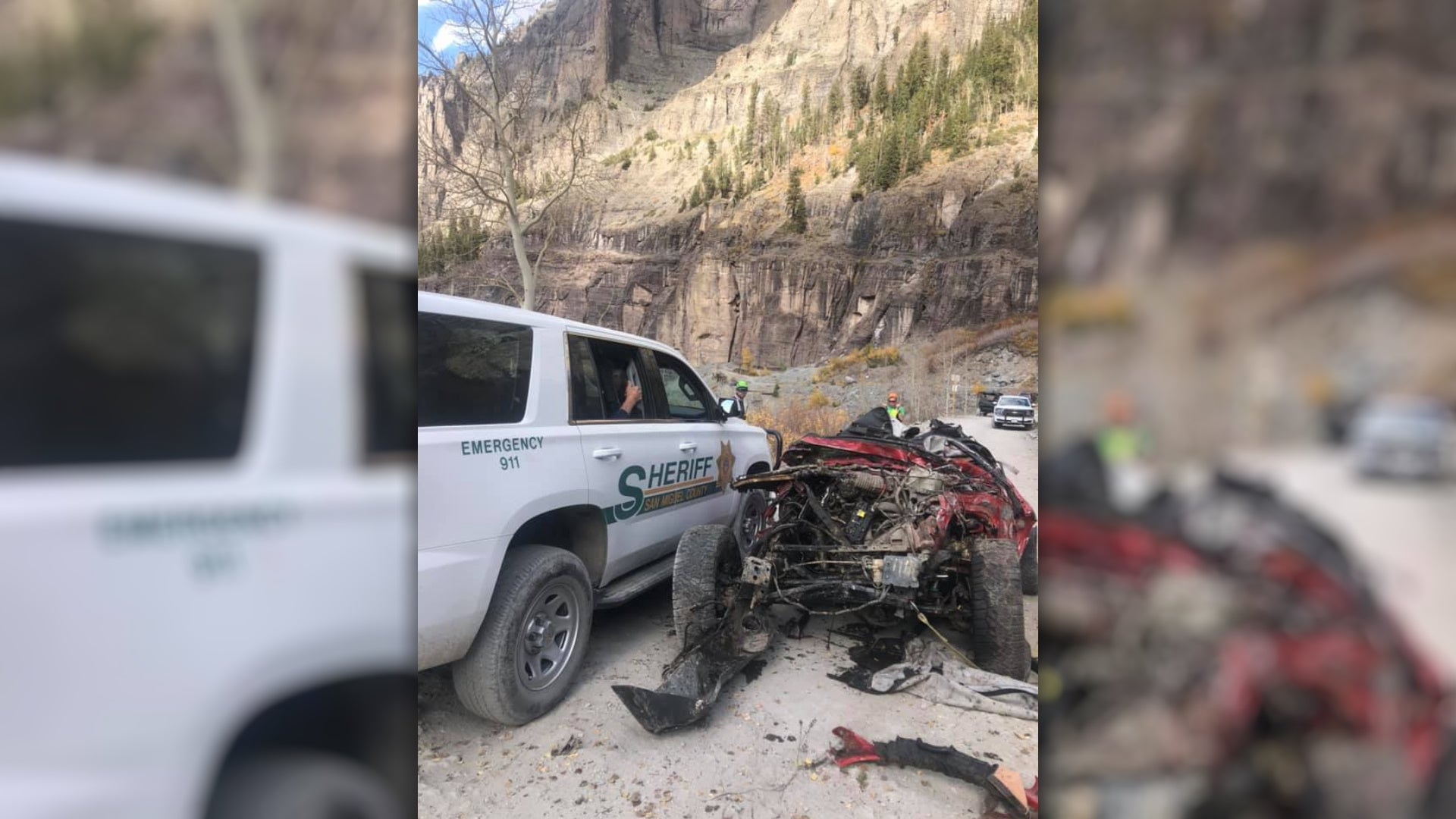 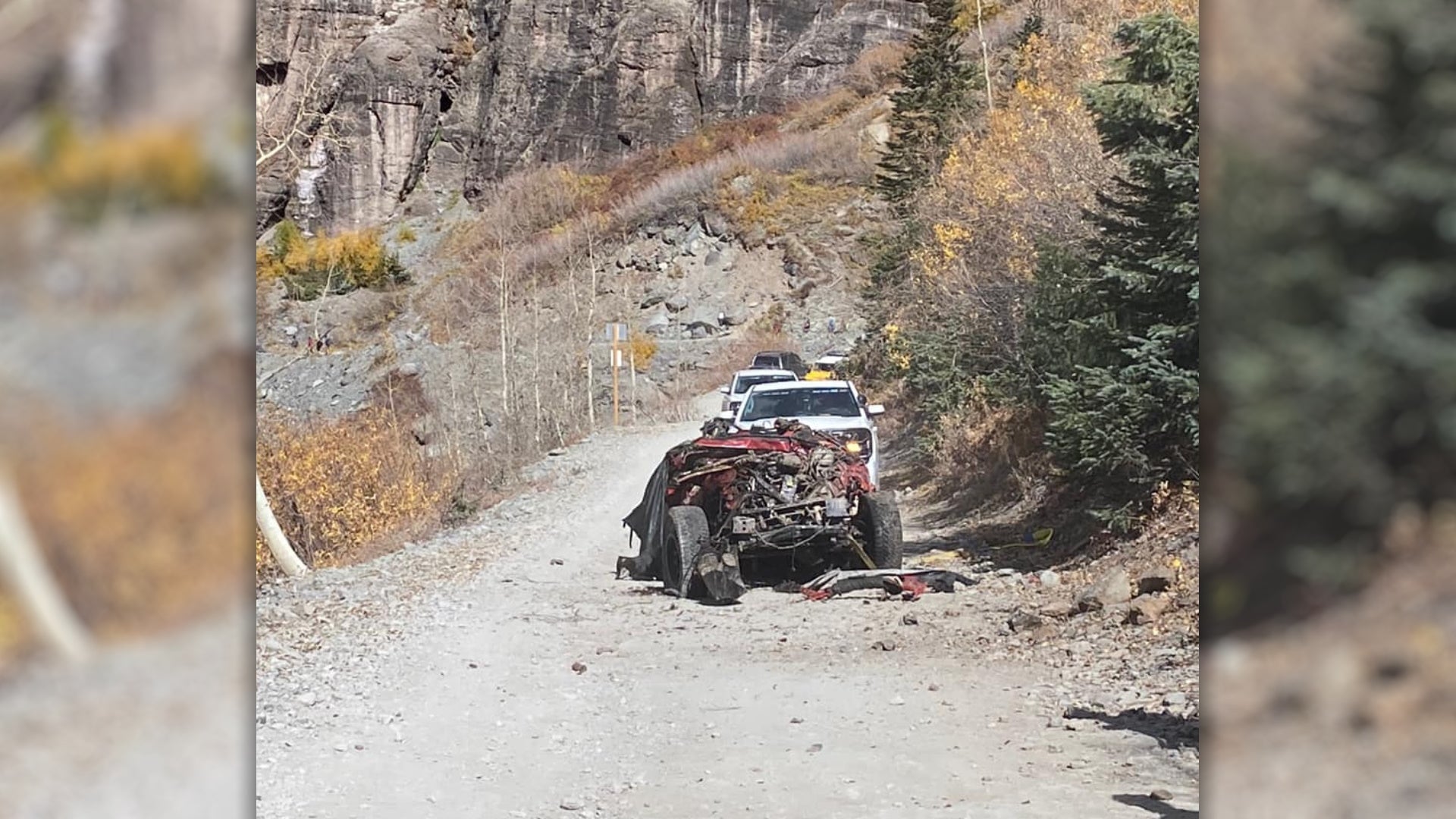 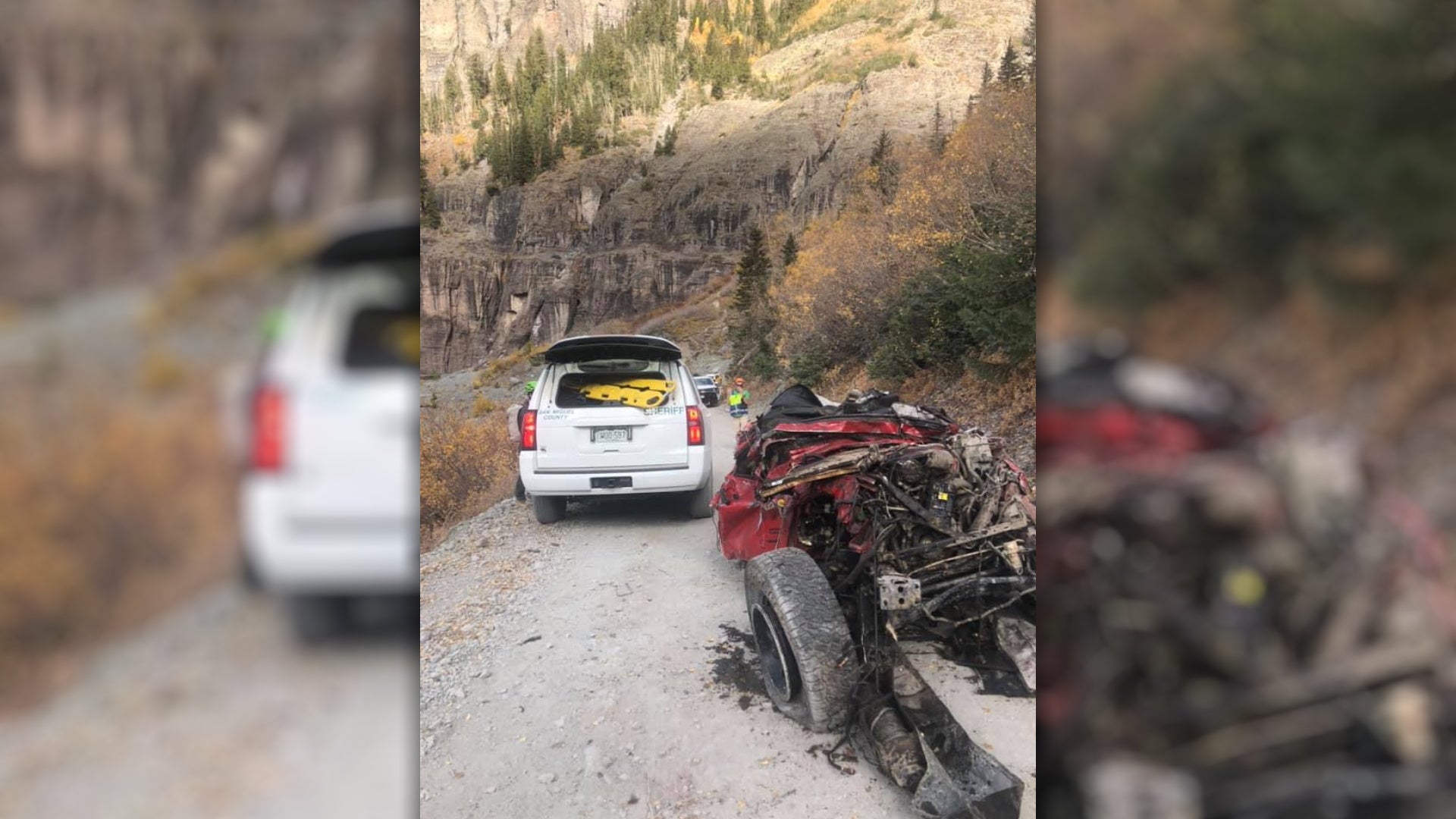 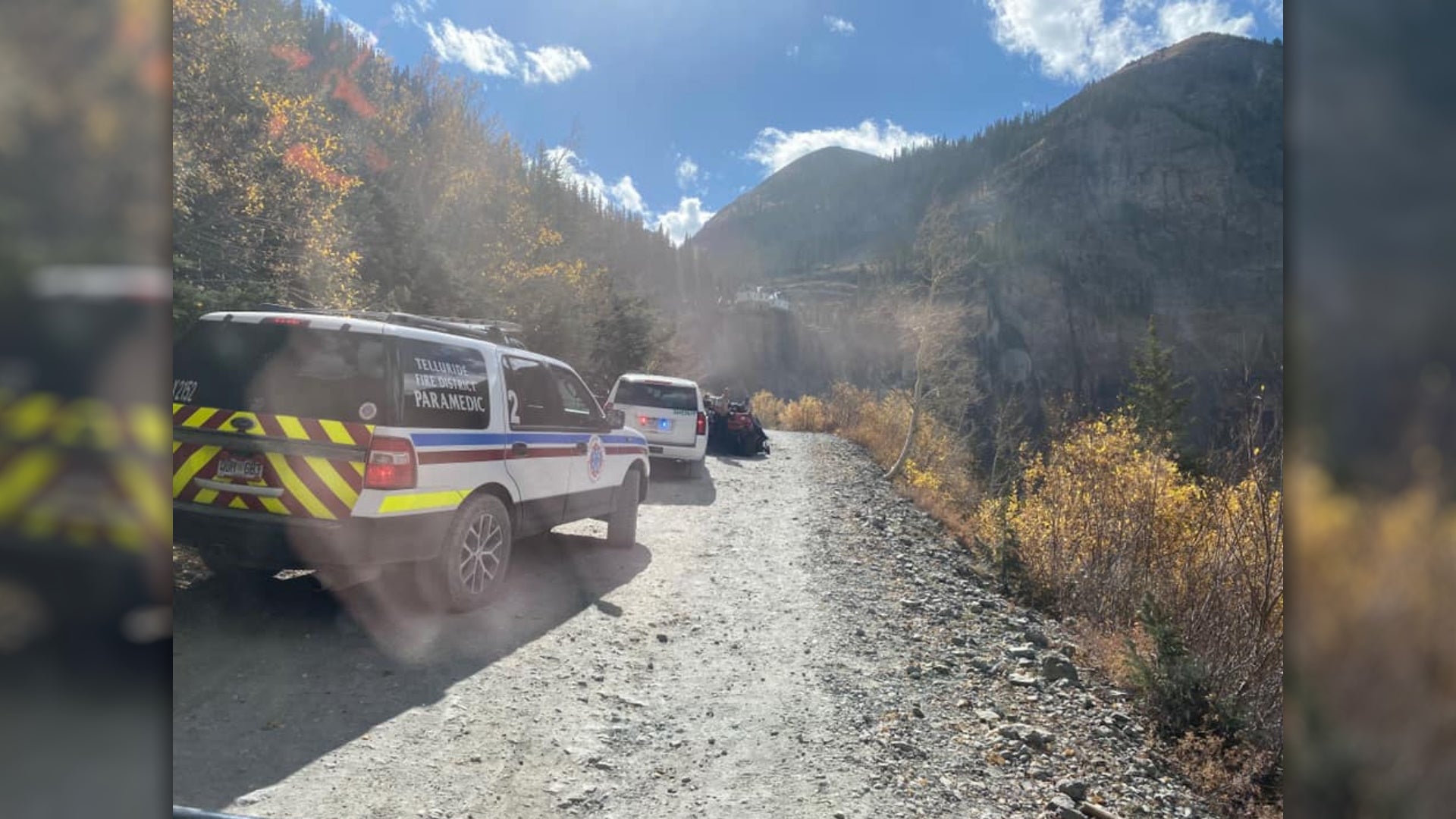 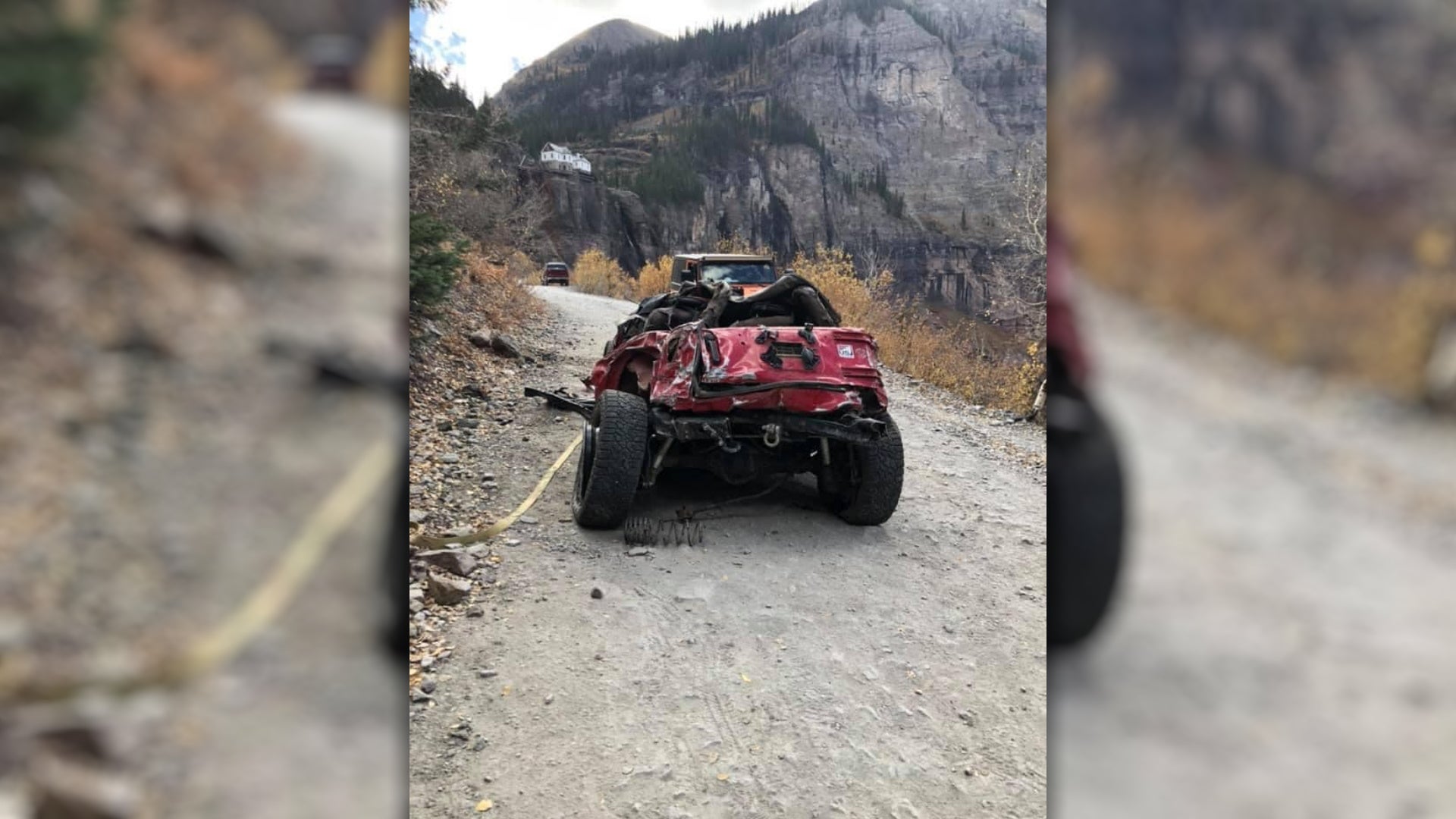 Details and photos of the awful crash were posted to the San Miguel County Sherrif’s Facebook page.

“Jeep that rolled off and down several switchbacks from Black Bear Pass onto Bridal Veil Road in Telluride. The 22yr old male, who was the driver of the Jeep Wrangler Sport, told Deputies he had shut off the engine, applied the emergency brake and stepped out of the vehicle to help direct a driver behind him around a tight turn. The Jeep started to roll with his 23yr old female friend in the passenger seat. He tried to jump back into the vehicle to try and steer it, but he was thrown into rocks when it left the road.”

The Wrangler then continued to roll down several switchbacks, finally coming to rest on a lower portion of the roadway. Both the male driver and female passenger were taken by EMS to the Telluride Medical Center. The female passenger was later flown to St. Mary’s Hospital in Grand Junction, Colorado.

It’s a miracle the female passenger survived—she’s probably lucky to have fallen out of the vehicle as opposed to staying in it. What was left of the Jeep that landed at the bottom is not a pretty sight. It just goes to show how dangerous off-roading—especially on treacherous switchbacks like those on Black Bear pass—can be.