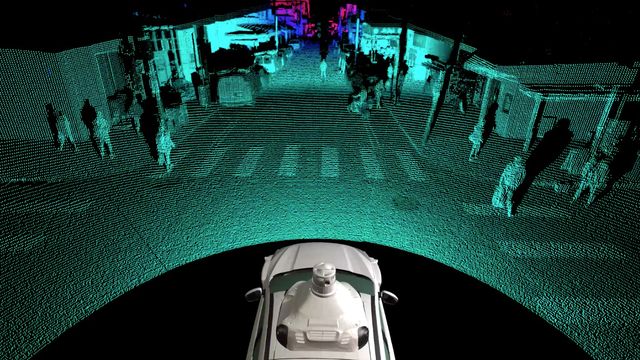 It was just under two years ago that Volkswagen announced a $2.6 billion investment into Argo AI, an autonomous tech developer, and the fruits of their collaboration are about to begin testing. Specifically, the ID. Buzz prototypes headed into production in the near future will serve as the testbed for Level 4 autonomous systems, with Wolfsburg betting that light commercial vehicles will be the first logical application of high levels of autonomous driving.

The first ID. Buzz prototypes equipped with Argo AI’s autonomous driving systems will hit the roads around Munich, Germany, after the first electric ID Buzz prototypes were integrated with sensors suites and hardware from Argo AI earlier this spring. Volkswagen Commercial Vehicles (VWCV) provided the test vehicles that haven’t entered production just yet. Argo AI’s sensor package includes radar, Lidar and cameras, relying on a heavy mix of all three types of sensors to test Level 4 autonomous driving capabilities, ones in which a driver can take their eyes off the road and not monitor the vehicle’s driving at all times, while the vehicle would be limited to certain roads or stay within a defined geographic area instead of being able to drive itself everywhere and under all conditions.

“Earlier this year, Argo integrated its self-driving system with a Volkswagen vehicle prototype to begin testing in Germany,” said Bryan Salesky, Founder and CEO, Argo AI. “We believe Argo AI has the largest urban self-driving testing footprint, with operations in six cities in the United States. We are excited to begin testing our self-driving system on European roads later this year, building on the initial work we’re doing now at a new test track we established next to the Munich airport.”

Just like Argo AI, Volkswagen has taken the long-game approach to achieving higher levels of autonomous driving, forecasting an extended period of Level 3 and Level 4 usage that will see private cars with eyes-off capability but with a driver behind the wheel, and geo-fenced robotaxis operating in limited areas. 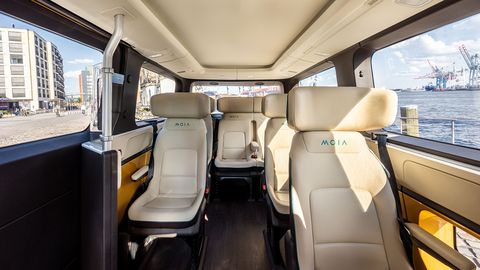 But Volkswagen also has a concrete year in mind for the phase-in of Level 4 technology, in a ride-pooling service that will use production versions of the ID. Buzz. Volkswagen Group subsidiary MOIA will operate the ID. Buzz vehicles. The focus will be on urban mobility services and related technology with Argo’s Level 4 autonomous systems, using a Geiger-mode lidar sensor that can perceive objects 400 meters away.

Volkswagen’s MOIA operates a ride-pooling service in Hamburg that already uses EVs, so the testing of the ID. Buzz prototypes is a preview of what we’re likely to see debut in German cities starting 2025.

“MOIA has extensive experience in the field of mobility services and fleet management,” said CEO Robert Henrich. “Within a very short time, we have set up Europe’s largest, all- electric ride-pooling service and provided mobility to millions of passengers. We bring this expertise to the cooperation with Volkswagen Commercial Vehicles and Argo AI. Hamburg will be the first city to offer an autonomous ride-pooling service with an ID. Buzz.”

However, some larger questions about Level 4 autonomy remain unanswered at the moment, such as whether Level 4 commercial vehicles will be ready for use by transit companies and small businesses alike on a wider scale in this decade, and whether they will be a less expensive alternative to using humans to drive ride-pooling vans or robotaxis, at a minimum.

It’s one thing to test working prototypes with real passengers on a small scale, and quite another for a business or government-owned transit company to actually rely on these technologies to move passengers in a safe manner. One of the goals of these systems, after all, is to replace human workers, but that can only be accomplished when these sensor systems and other autonomous driving hardware becomes less expensive over some period of time than hiring a human driver. Otherwise, these systems would operate at a loss while some other part of the larger business makes up for that loss. But that would hardly be an achievement even for a government-owned transit monopoly.

And of course, we also remember some autonomous developers’ predictions back in 2015 that by robotaxis would be here around the year 2020. So forward-looking statements regarding higher levels of autonomous driving should be taken with a generous Solo cup of salt filled to the brim.

But VW and Argo’s vision for Level 4 operations on a limited scale by 2025 looks plausible, as other developers are already testing Level 4 robotaxis in real-world environments.

Do you expect driver-less robotaxis to begin being used in any meaningful quantity before 2025? Let us know in the comments below.