Production of the Passat sedan is coming to an end in the U.S., with Volkswagen slated to discontinue the sedan with the 2022 model year. That’s right: the U.S.-market Passat, produced in Chattanooga, Tennessee for the past decade, will exit the stage relatively soon when it comes to stateside sales but continue in other regional markets. Here in the states, the higher-positioned VW Arteon will play the role of the automaker’s midsize sedan offering, after debuting for the 2019 model year.

A special batch of sedans will say auf wiedersehen to the Passat in the U.S., with VW slated to offer 1,973 examples of the 2022 Passat Limited Edition complete with unique interior and exterior details. The 1,973-unit run will reference the debut year for the global Passat model, which arrived in the U.S. in 1974 under the Dasher name and received the Passat name here in 1990.

The Limited Edition sedan will be offered in four unique colors, with 411 sedans finished in Aurora Red Metallic over Titan Black interiors, a nod to the 411 production code of the original Passat. An additional 423 units will be finished in Racing Green Metallic models with Mauro Brown interiors, with 423 being a reference to Chattanooga’s area code. A total of 524 sedans will be optioned in Pure White over Mauro Brown interiors, as a nod to May 24, 2011 opening of the Chattanooga plant. The fourth batch will offer 615 sedans, all optioned in Grey Metallic over Titan Black interiors. In this batch the number 6 will represent six generations of the Passat model, the number 1 will signify one generation produced in Chattanooga, and the final number 5 will represent five decades of U.S. sales.

On the inside, each model will have seat tags featuring “Chattanooga 2011″ on one side and 1 of 1973” on the other, while mats for cupholders will feature aerial maps of the city and a drawing of the Chattanooga plant. In addition, the sedan will also feature Fender premium audio as standard equipment, along with Park Assist with Park Distance Control, Discover Media infotainment with navigation and High Beam Control for headlights. The comfort sport seats in these Limited Editions will also feature Vienna leather surfaces. All sedans will also feature LED headlights with Advanced Front-lighting System (AFS), an Easy Open trunk, 18-inch wheels and black mirror caps.

The Limited Edition models will start at $31,290, while the Aurora Red Metallic option will require an extra $395. 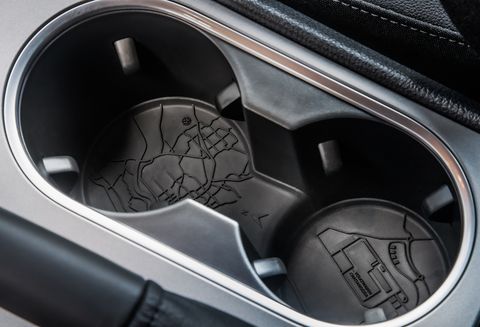 The end of Passat production stateside was not an unexpected development, as VW had announced plans to phase-out U.S. production earlier, while midsize sedans as a segment have lost substantial ground to SUVs and crossovers in several markets over the past few years.

That’s exactly what Volkswagen will continue building at Chattanooga, including the Atlas and Atlas Cross Sport, in addition to the the ID.4 battery-electric model. The Arteon, meanwhile, will continue as a stateside sedan offering, remaining in production in Emden, Germany.

“We’ve sold some version of the Passat for nearly 50 years, and the Passat launched our relationship with Chattanooga, which supports thousands of jobs,” said Scott Keogh, President and CEO, Volkswagen Group of America, Inc. “With the Atlas and Atlas Cross Sport in high demand, and the North American production launch of the all-electric ID.4 SUV next year, our future in Chattanooga looks brighter than ever.”

Will sedans continue to lose ground to SUVs and crossovers in this decade, or will they stage a comeback at some point? Let us know in the comments below.