The ongoing semiconductor chip shortage is forcing automakers to either stall production or ship cars without some modern amenities. This isn’t the only way chip shortages are bringing back the past, as Volkswagen’s main Wolfsburg factory, where the Golf and Tiguan are made, is reportedly on track to produce about as many cars in 2021 as it did in 1958—a 63-year low.

Citing “corporate circles,” Germany’s Die Zeit reports Wolfsburg only barely eked past the 300,000-vehicle mark at the end of Q3. That’s reportedly a slip from the already ugly 2020, during which Wolfsburg built fewer than a half-million cars for the first time since 1960. Daniela Cavallo, chair of the General and Group Works Council for Volkswagen AG, attributed the productivity plunge to a lack of managerial preparedness for the supply chain’s breakdown.

“The management of a global corporation can be expected to be able to organize purchasing in such a way that cars can be built reliably,” Cavallo told the publication. “We cannot yet see a plan from the company management how this crisis can be managed. BMW and Toyota are less affected by the semiconductor shortage. The production downtimes are obviously not a natural law. [sic]” 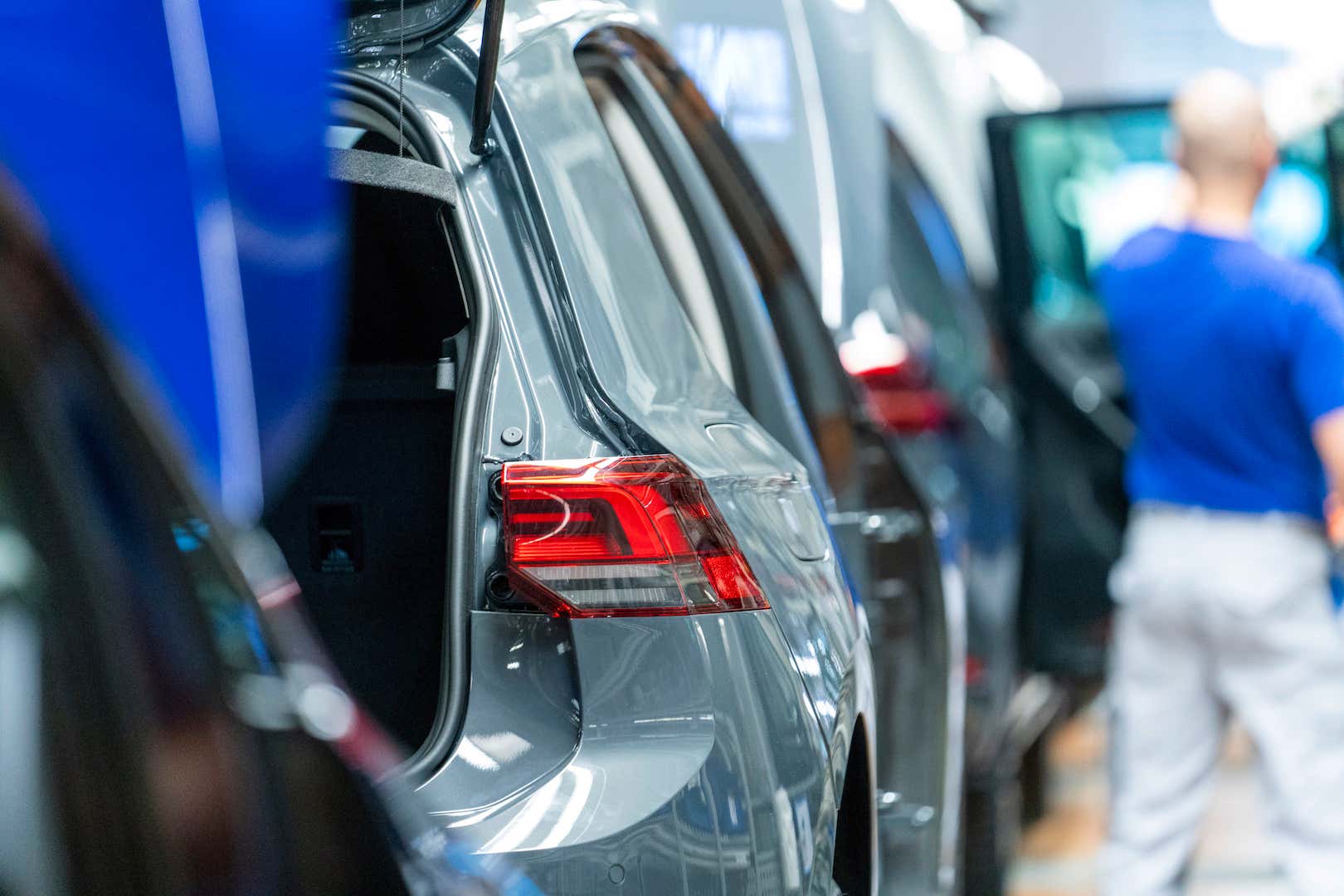 VW’s homeland rival BMW has reportedly been less affected by the chip shortage due to lessons learned from the Fukushima nuclear disaster, which impacted BMW’s paint supply. The Bavarian automaker reportedly formed a supply chain “task force” that ended up identifying the chip squeeze earlier than other carmakers, reducing its impact on BMW. VW’s board of directors has reportedly pledged to address the shortage, and recover some of the lost production volume in part by opening for holidays, hiring more labor, and approving overtime shifts—even though labor isn’t what’s in short supply.

A VW spokesperson reportedly deflected the blame from management, describing the COVID-19 pandemic and its effects on globalized businesses like VW as unforeseeable.

“The global distortions in terms of the production and demand for semiconductors as a result of the pandemic and other external circumstances were simply not predictable,” they told Die Zeit.

No matter where the finger ends up pointing, though, there appears to be no end in sight for VW’s production woes. As one unnamed source reportedly put it, “it would have to be a miracle if we were to reach the previous year’s [production] level by the end of the year.”

Carlos Sainz is still the ‘same Carlos, but just doing it for Ferrari’ these days
Car Reviews