Last week, YouTuber WhistlinDiesel (a.k.a. the internet’s most destructive YouTuber) put up the first in a series of videos that aims to recreate the classic Top Gear experiment of trying to destroy the seemingly indestructible Toyota Hilux pickup truck. After merely bending the frame from popping wheelies, catching air, and going off-road all while carrying 2,500 pounds worth of cinder blocks in the back, WD is following that extreme test up with another drastic examination of the Hilux’s truck abilities: how it fares towing almost 30,000 pounds.

The YouTuber puts a 12,100-pound John Deere skid loader as well as his daily driver, an 8,400-pound Ford F-450 dually, onto a 32-foot Load Trail gooseneck trailer which itself weighs 8,480 pounds. Mind you, all of this happens after the Hilux is thrown onto its side going around a corner. To put this weight into perspective, the max towing capacity on a brand new, full-size 2021 Toyota Tundra is 10,200 pounds, while a new regular cab Ford Super Duty is able to pull up to 37,000 pounds with a gooseneck. 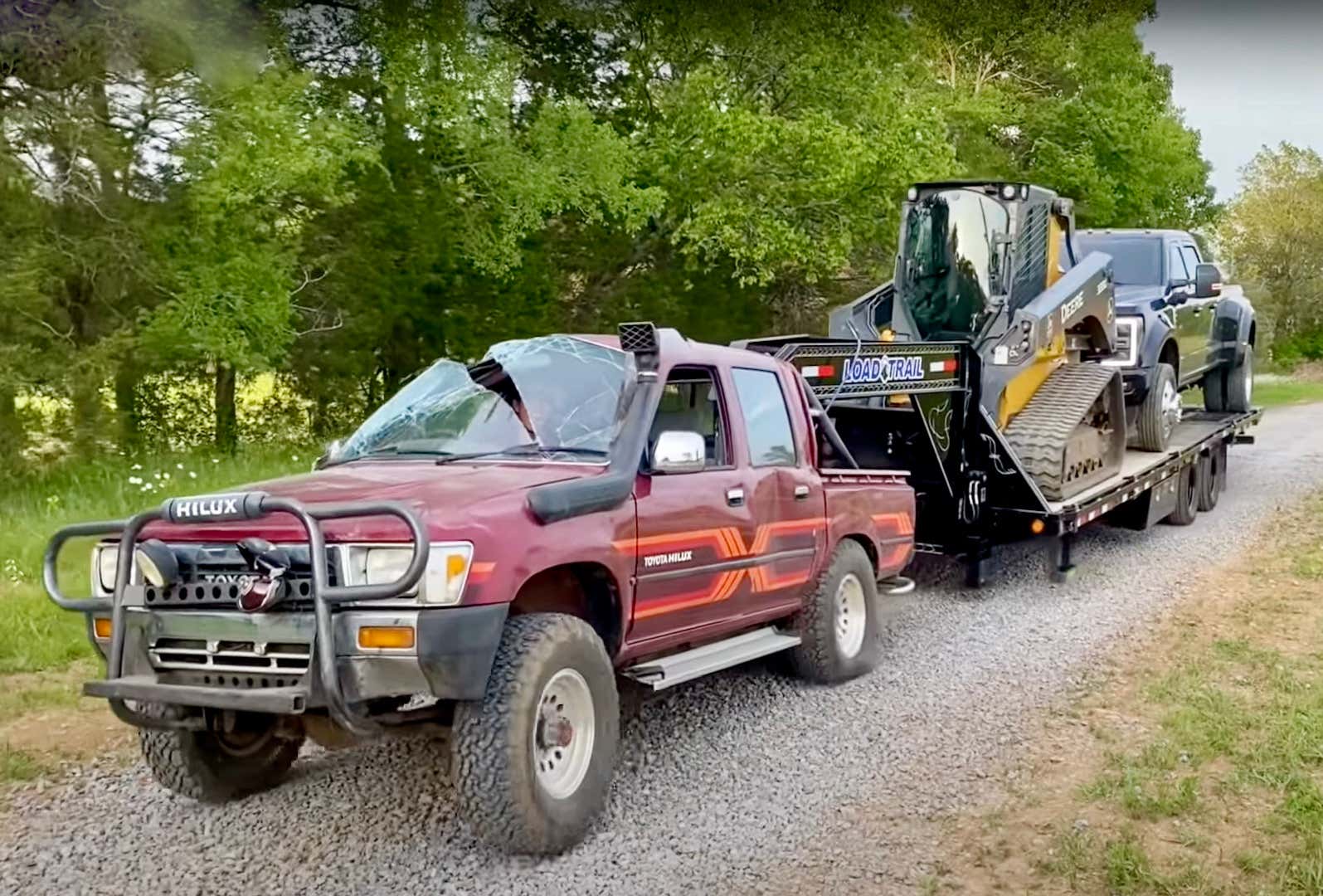 The intense weight ends up putting a bend in the Hilux’s bed but, a little incredibly, the red Toyota is able to get itself and all of that cargo moving.

“Guys, I’m barely on the throttle at all,” says WhistlinDiesel. “I’m in 4LO, first gear… I thought I’d seen it all. We see a lot, y’know, I see a lot doing this. I didn’t think this would happen. I shifted into second gear going uphill. I was in second gear. That’s 30,000 pounds with no air. This is flat, this is a flat tire,” he continues, pointing to a sagging rear-right tire.

The all-electric F-150 Lightning and its 10,000-pound max towing capacity might be the hot new thing when it comes to pickup trucks, but if you’ve got 30,000 pounds to tow, it looks like an old, imported diesel Toyota is still the way to go (jk).