Hillclimb racing is a fiercely competitive sport, where machines are honed to the nth degree to squeak out every last fraction of a second on a course. In New Zealand, Ian Ffitch has made a name for himself as a warrior in this very arena, atop his mighty steed popularly known as Quadzilla. Watching it tear up a gravel course is a lesson in commitment and pure skill.

In the footage, Ffitch pilots his custom-built quad seemingly without fear. It’s no mean feat, either. Once featured on HillClimb Monsters, the build consists of a heavily modified Suzuki LT500R. The frame was heavily hacked up and the original 2-stroke engine was dumped, replaced with a four-cylinder engine from the 2002 Suzuki GSX-R1000 superbike. Named the BRM1000 by Ffitch, with over 140 horsepower and a top speed above 142 mph, the bike also features active aero surfaces front and rear. The wings pop up under heavy braking to help slow the quad, in much the same way as the rear wing on the Bugatti Veyron.

The video in question appears to be from the Battle of Jack’s Ridge, run in 2020 on a farm belonging to 2017 New Zealand rally champion Andrew Hawkeswood. The course features some highly technical corners as well as jumps, and consists of 3km of what was a special stage in the WRC Rally of New Zealand. Ffitch handled the course with finesse, though a large ditch on one corner did catch him out during the run, costing him a few seconds. Further footage of Quadzilla at the event can be seen below, with Ffitch’s run beginning at 28:06.

Ffitch has a resume to match the extreme performance of his ride. A profile from Motorcycling NZ highlights his many achievements, including winning the quad competition at New Zealand’s Race to the Sky hillclimb eight times, the very event the BRM1000 was built for. The mad four-wheeler often competes well against purpose-built traditional hillclimb cars, too, with Ffitch placing in the top 5 six times in the outright competition. 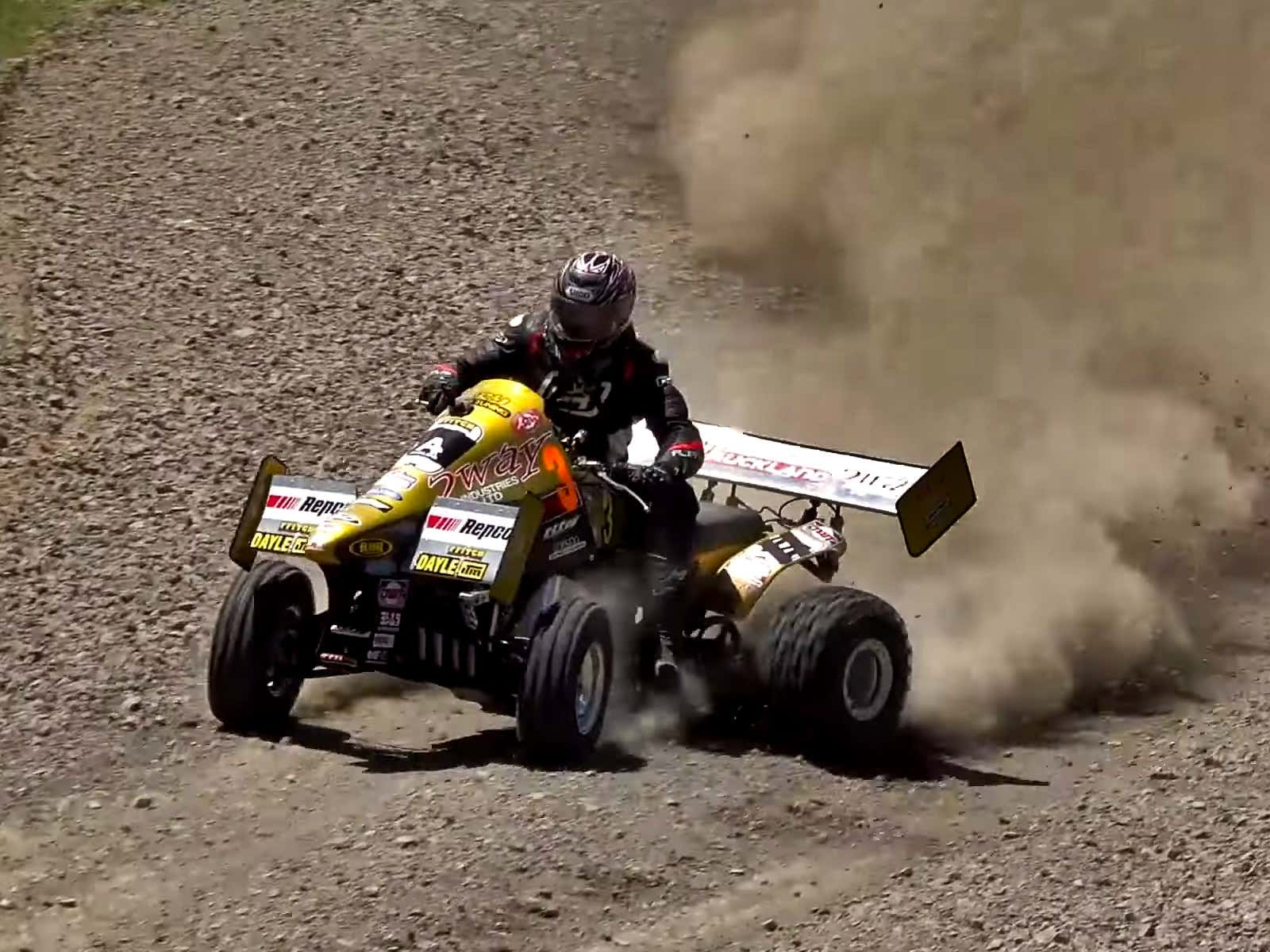 The wings are fitted with actuators that allow them to help slow the bike under heavy braking.

Hyper builds using Suzuki bike engines are remarkably popular in the hillclimb scene. Often, the Hayabusa engine is put to good work, such as in this Toyota Starlet that tackled the Leadfoot Festival in recent years. Overall though, Quadzilla is a great example of how hillclimb racing can breed absolutely wild machinery. We’d love nothing more than to stand on the side of a grassy hill and watch Quadzilla tear up the bends in person.

Got a tip? Let the author know: [email protected]