U-Hauls are all the rage now that they’re the only rental cars people can afford in touristy hotspots, but tooling around in these big box trucks can sometimes catch drivers off guard. At least, that’s the case in this viral video that’s been making the rounds on social media this week.

The footage, which features your average U-Haul moving truck, shows the driver attempting to enter a parking garage and promptly getting caught up in a crappy situation. Of course, things went from bad to worse for them, and the result of their snafu is a now-viral video. 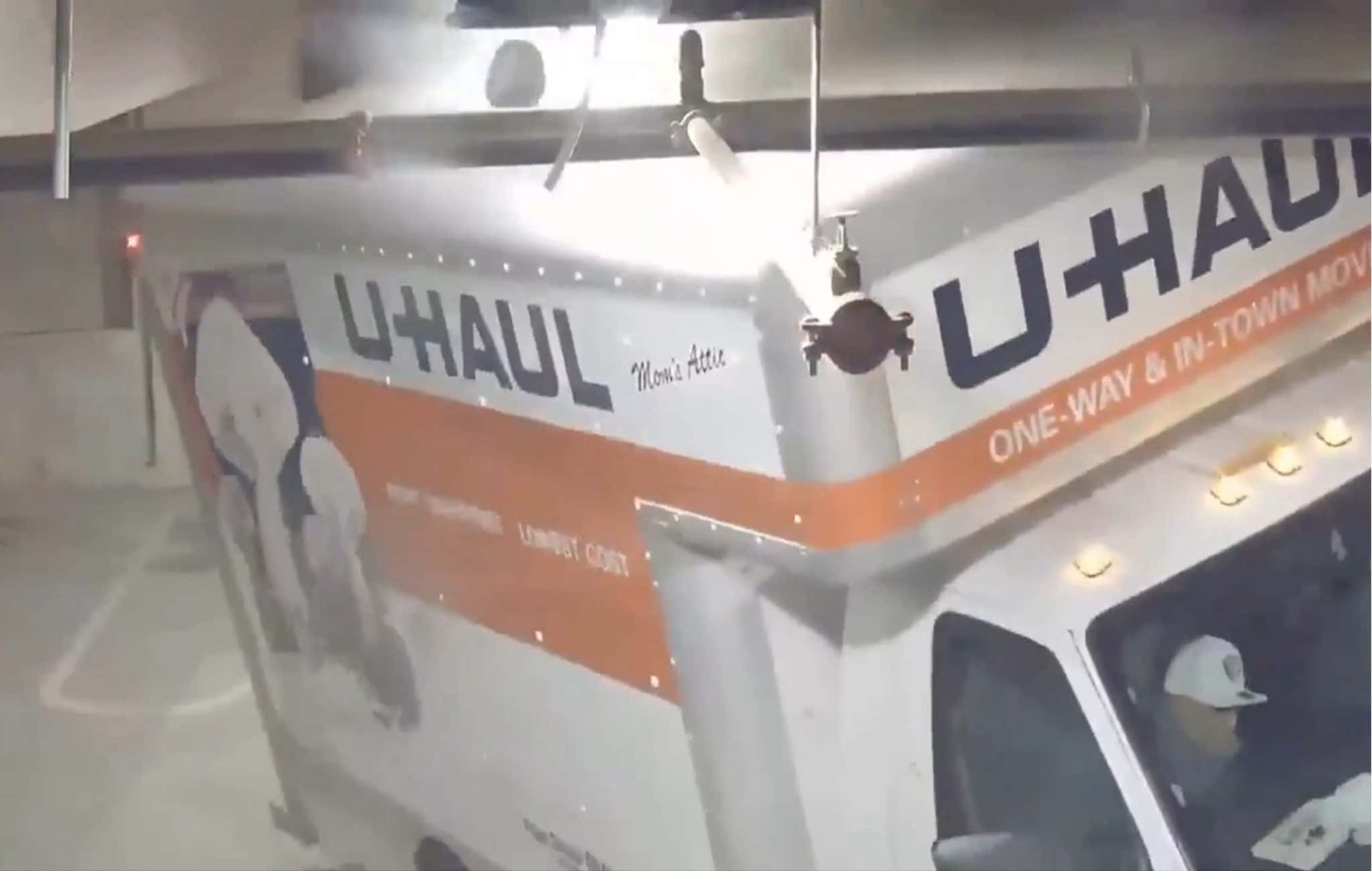 The U-Haul’s adventure within the garage occurred on April 9, according to the date on the security camera footage that captured the incident. At the beginning of the two-minute clip, the U-Haul—which appears to be a mid-size 15-footer—enters the garage like normal. The issue is most U-Haul-sized trucks do not fit into parking garages, unbeknownst to the driver of the vehicle. He would’ve known this if he read the height limit sign that was swept up over the top of the vehicle near the beginning of the clip.

Also, it’s my experience that all moving trucks feature a sticker on the visor (and even sometimes on the dash itself) reminding drivers of the truck’s height.

After getting in, the driver soon encounters what the signs could’ve warned him about; the garage’s ceiling and sprinkler system. Some commenters on the video thought this was a sewage pipe due to the liquid’s color, but this is not so. Water in sprinkler systems can often sit for months or years before it actually gets deployed, meaning it has plenty of time to get positively filthy within the plumbing of the system. That’s why it looks, well, like poop.

From that moment on, the driver attempts back up, pull forward, turn left, turn right, but each time he just makes things worse.

Per the time stamp on the footage, this took place at around midnight, but besides that, little is known about where it took place, how much damage was actually done, etc. The clip seems to have originated on the Twitter account Walton And Johnson, which purports to be “The official morning show of the Gulf Coast South,” so perhaps it took place in the region.

More importantly, the video doesn’t show the driver or truck’s ultimate fate, so we don’t know how it eventually got out or if authorities, tow trucks, or even U-Haul eventually had to come to their rescue. If you happen to know, please let me know.

Until then, always know how tall your vehicle is, and if you’re driving something that isn’t your daily—such as a freaking moving truck—please keep in mind your vehicle’s new dimensions.

Audi Q4 E-Tron: Everything You Need To Know Mercedes-Benz A250 AMG Line: Deal of the Week
News & Features