The list of cars most likely to last more than 200,000 miles may mostly consist of Toyotas but, evidently, nobody told the owner of this 2013 Ford F-350 Super Duty. Powered by the 6.7-liter Power Stroke turbodiesel, this truck came into the current owner’s possession at 98,000 miles and recently rolled into the shop of YouTuber and apparent podcaster PowerStroke Tech Talk. The odometer is pinned at 999,999.9 miles and, allegedly, it’s driven more than 1.3 million miles in roughly eight years.

Of course, you don’t get that far—or even half as far—running entirely on original components. According to PTT, this Super Duty recently had its transmission and transfer case replaced after the owner noticed some iffy shifting behavior. It’s supposedly on its fourth turbo, a part that’s been making sounds to indicate the truck is ready for a fifth. The driveline U-joints and batteries have been replaced twice, and the 4×4 hub lockouts have been replaced three times, as have the belts. 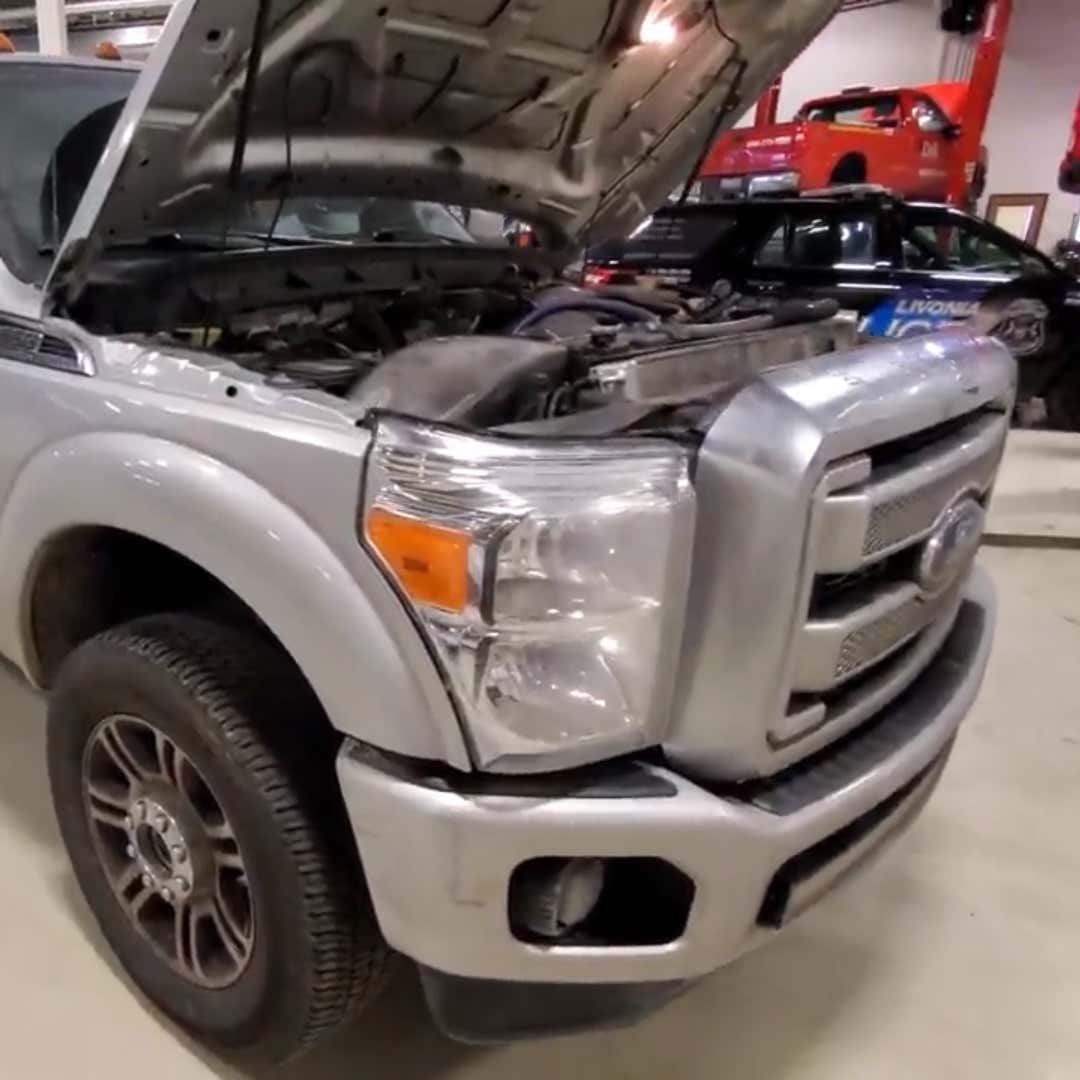 Remarkably, the owner claims to get over 150,000 miles of life out of those Michelin tires, and he’s performed just two brake jobs over the course of ownership. That’s likely thanks to what sounds like a high level of mechanical sympathy while towing, like limiting speed to 55 mph with a load on.

Granted, getting any car or truck to a seven-digit mileage requires much more than careful operation. The owner told PTT that this truck gets an oil change and a new fuel filter every 8,000 miles. Lucas Oil high-mileage stabilizer is added during each oil change, and every tank of fuel gets the necessary amount of Stanadyne diesel additive. The oil is regularly monitored and sent out for analysis, too.

It sounds like the Super Duty already had its emissions systems deleted when the current owner bought it. That involves removing components like the diesel particulate filter (DPF) and exhaust gas recirculation (EGR) system to help the engine breathe more freely. It’s a controversial practice and some folks have paid out huge sums after being cited by the Environmental Protection Agency, but it’s still super common throughout the States. We could discuss it all but that’s better saved for another time.

Now, since the odometer is completely maxed out, the owner uses the pickup’s trip meter to record usage in 10,000-mile increments. He then adds it to his service log, which is described as some sort of car bible. Given how precise this truck’s history seems to be documented, we don’t doubt it.