One of the most run-of-the-mill American cars out there, the Buick Regal was made famous in the 1980s via the majesty of the turbocharger. From the sporty Grand National to the outright ferocious GNX, Buick’s modified Regals paved the way for the V6-powered, turbocharged cars we enjoy today. But sometimes it’s best to go back to basics, as the man behind the project_hellnational Instagram account, Enrique Ojeda, will tell you.

He’s built what he claims to be the world’s only Hellcat-swapped Buick Grand National, which ditches the turbo V6 for a classic American combination: a big V8 topped with a supercharger. The build has been going on for more than a year and is chronicled both on his Instagram account and on YouTube. 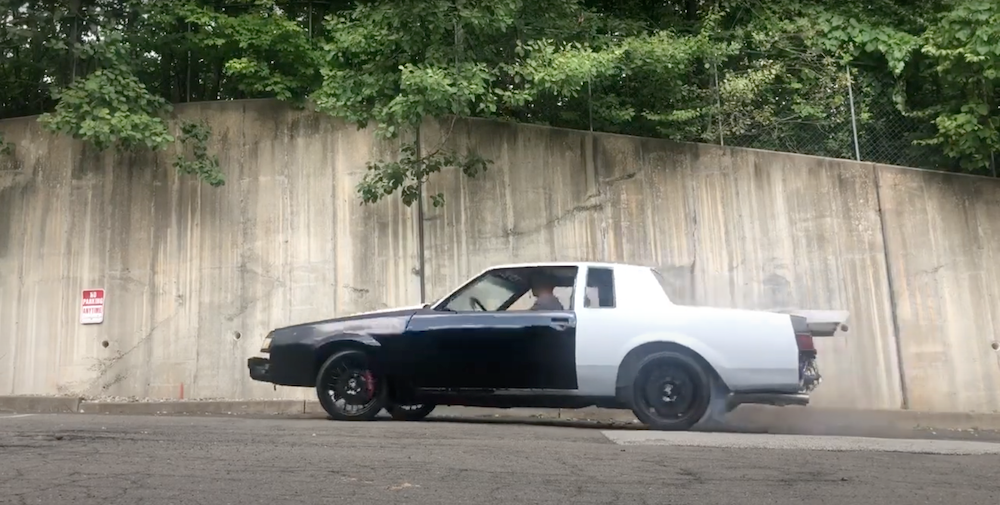 He says that the car’s Hellcat V8 and eight-speed transmission were sourced from a wrecked 2016 Charger, while the Grand National itself was previously a rusted-out shell before receiving fixes to address the vehicle’s deteriorating condition. From there, a plethora of work was completed to make the motor fit, including custom headers and engine mounts. The brakes are also—thankfully—re-worked, with parts from Wilwood stopping the front wheels, and others sourced from a Tesla stopping the rears—an interesting choice. The suspension has also been upgraded, with new control arms from CPP and Viking coilovers.

This project is not yet complete, but its final form has been previewed in renders. It’s already running and driving, so it’s just a matter of time before all of the aesthetic changes are made to turn this car into a proper GNX-looking Regal. Once that work is done, this car will certainly be one of the fastest, streetable Grand Nationals out there.