Tesla dropped an updated version of its Model S sedan today and wisely stuck a prominent preposterous feature into the release images to guarantee we’d all be talking about it. It worked! So, for everyone who’s suddenly interested in the idea of a yoke-style steering wheel, let me assure you, using one is terrible. But if you’re dead-keen on trying it out, Nardi did a better version years ago anyway.

Without bothering to do any research on the subject given that Tesla no longer has a PR department to ping, I’m confident that most new Model Ses will get delivered with a traditional round wheel. The yoke will probably be an optional extra a few weirdos and YouTubers will order and quickly regret.

Having driven a replica of K.I.T.T. (the sentient Pontiac from Knight Rider) with a yoke for steering, my experience was that it was fine until you had to turn. As soon as you go further than a quarter-turn, your arms get tangled and you have to start grabbing weird spots. It’s really awkward and not particularly safe.

In case you’ve never driven a car before, a quarter-turn doesn’t get you too far. Turning up the steering ratio to compensate isn’t a great idea, either, unless you want the car to dart across three lanes of traffic every time you try to pass somebody on the highway.

Even the K.I.T.T. I drove had a quick-release steering hub and a regular round wheel so you could swap it out to the yoke for shows and back to the circle for actual driving.

However, if my sage wisdom hasn’t dissuaded you from yoke life, I guess you can try to order Tesla’s or get one from illustrious auto accessory purveyor Nardi for about $450. Nardi is best known for its elegant wood circular steering wheels and shift knobs. I actually found this bizarre product, called simply “Two Spokes,” by accident while picking up a much more traditional accessory for my Datsun/Nissan Z.

Nardi’s written description on its current site is non-existent, only specifying that this “wheel” is 330mm in diameter. However, the company issued a whole press release when the thing came out in 2007, after apparently being debuted at SEMA 2006.

Back then, the company got test driver Giampaolo Tenchini to try it out in a Porsche 911 GT2 and wrung this statement out of him:

“Two Spokes was wonderful as on the road: the speed control was perfect and the handling too. I think Two Spokes is not just cool in its design, but also safe and innovative. Nardi Two Spokes has all the characteristics for racing driving. Its turning was perfect until 180 degrees and also in sudden oversteering (sorry, but this is a GT2!). So I think Two Spokes could be the right answer for cars with active power steering.”

Huh, yeah, I don’t know about all that, but I can’t say I’ve seen too many people running these wheels in their GT2s or anything else for that matter. 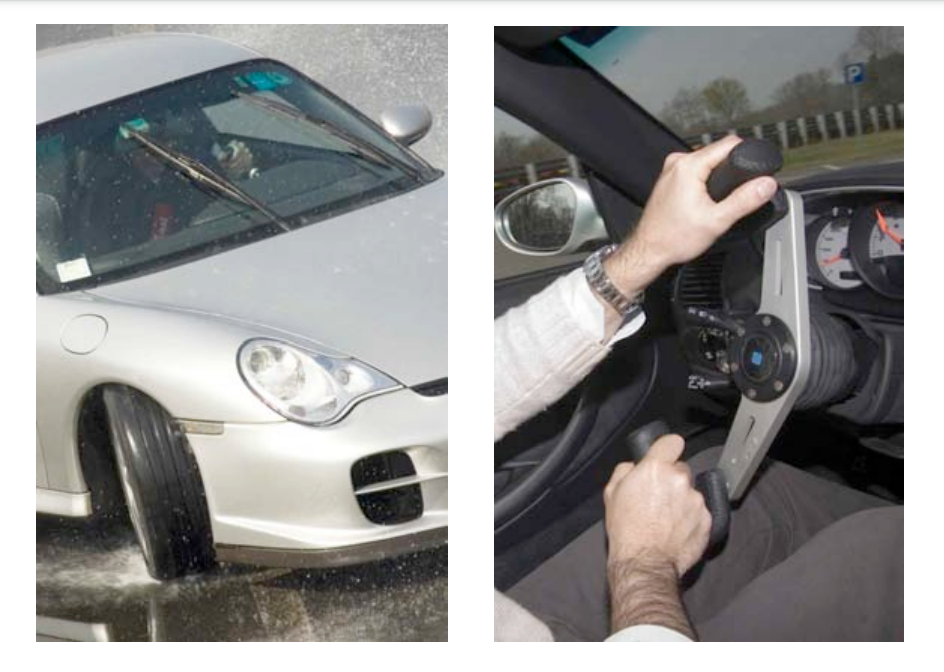 Interestingly, the Nardi wheel did (does?) have a grip-tilt functionality that seems like it might have made bigger turns somewhat easier.

See how the grips turn and let your wrists stay fixed? I found a low-res video that lets you get even more of an idea:

All this to say, two spokes bad, two spokes silly, but if just have to try it for yourself, you’ve got an option!