World Supersport 300 champion Ana Carrasco was given the chance to try out Jonathan Rea’s Kawasaki World Superbike machine at Jerez.

Carrasco, who made history with her 2018 SSP300 title win, completed seven laps aboard five-time WSBK champion Rea’s ZX10-RR at the Spanish circuit, having the track to herself for an hour before the start of Thursday’s official running.

The test had been originally scheduled for the previous collective test at Aragon, but was postponed due to poor weather on the second day of the test.

“It was really nice and really amazing,” said Carrasco. “The bike is so fast, and the brake point is really hard. There is a big difference between the 300 and the Superbike.

“Jonny told me the gears in every corner and the way I have to ride the bike, I have to stop the bike in the middle of the corner and stand it up fast. I expected a lot of power, but it surprised me a lot, the power of the brakes.

“I can feel every bump and every movement on the bike, the feeling is bigger. It is nice to ride a bike that gives you everything.”

The 22-year-old is set to remain in the category for a third successive season next year. 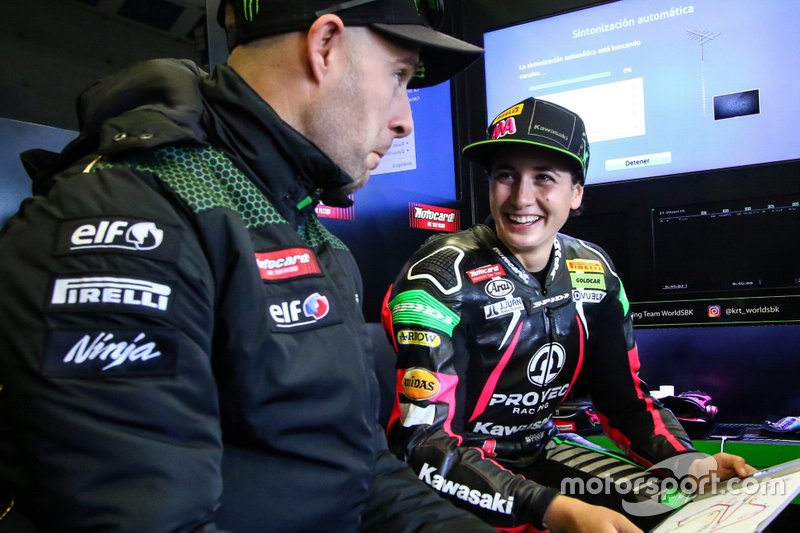