Damon Hill: No challenge to bring out best of Lewis Hamilton | F1 News by PlanetF1

Former World Champion Damon Hill believes we aren’t seeing what Lewis Hamilton is really capable of because he isn’t challenged.

Since the turbo-hybrid era was introduced in 2014 Hamilton has won five of the six Drivers’ Championships on offer, losing out only in 2016 to Nico Rosberg.

Add those to his first World Championship in 2008 and Hamilton is now closing in on Michael Schumacher’s record of seven, though the legendary German’s record for most race wins has already fallen to Hamilton who claimed his 92nd career victory at the Portuguese Grand Prix.

While Hamilton was pushed to the final race of the season by Rosberg in 2014 and then beaten in 2016, outside of Mercedes Hamilton was only really truly tested in 2017 by Ferrari’s Sebastian Vettel.

So Hill worries that the lack of competition will lessen the star power of Hamilton’s achievements.

“There is a risk that Lewis’ achievements will be measured against the intensity of his competition,” he told the PA news agency.

“He had to fight hard against (former team-mate) Nico Rosberg but he pretty much had the upper hand on him most of the time. Valtteri is doing a solid job but he cannot keep up with Lewis during the races.

“Mercedes have totally dominated this era and Lewis is not being challenged.

“He demolishes everyone but we are missing the chance to see the best of him because if he had to fight hard, that is when you see the great drivers shine. You cannot keep saying look at the king’s lovely new coat over and over again.” 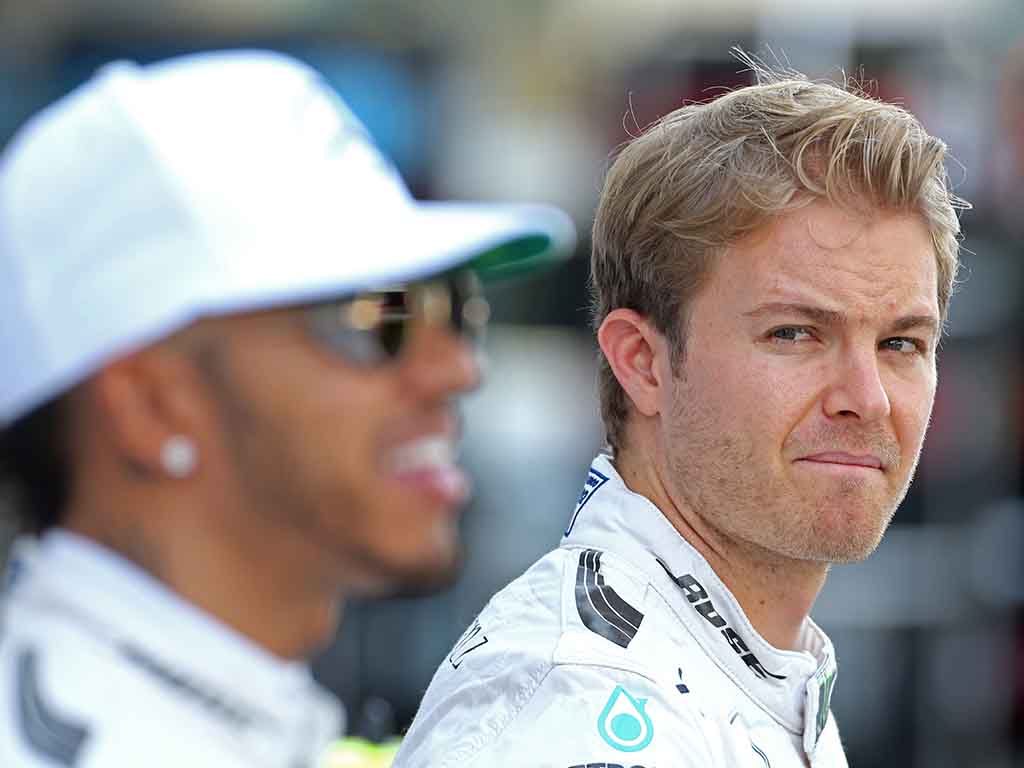 Hill added that the time has come for Formula 1 to make sure that the star drivers are in the same team, saying for too long the sport has failed to deliver a “prize fight”.

And he has an interesting idea on how that could be done.

“If we cannot get the teams to be equal then you must have these drivers in the same team and generate a show. But we have gone through a period where teams have being frightened of putting two stallions in the same stable.

“Mercedes want to keep Lewis sweet. He is the key to everything. He is so talented, he brings everything to the team, and the team are not going to want to upset him.

“So how do you create a system whereby it makes no difference to Mercedes if they have another driver who is a rival to Lewis?

“Let’s say Max finishes second in the championship, perhaps he should then have the opportunity to transfer himself into the Mercedes team? Or maybe the fans should be involved, saying we will pick the showdown we want to see.

“It needs imagination, it needs vision and not simply for the teams to have a hold on the drivers.”