F1 Track Promoters Give Universal Thumbs Up to Sprint Qualifying

Formula 1 introduced its Sprint qualifying format in 2021—and now every race promoter sounds like they want a piece of the action.

The plan for Formula 1 this year called for three trials of the Sprint format. So far, they’ve held Sprints at Silverstone and Monza, while a third experiment will take place November 13 as part of the the Sao Paulo Grand Prix at Interlagos weekend.

In Sprint weekends qualifying is shifted from Saturday to Friday, with a 100 km (one-third distance) race installed on Saturday to determine the grid order for Sunday’s Grand Prix.

For next season an agreement in principle has been reached between the various stakeholders for Sprint to be held at six of the 23 Grands Prix—doubling its presence in the championship. It also helps Formula 1 financially since it took on a new sponsor (Crypto.com) in connection to Sprint.

Formula 1 has found that the value of Friday to promoters has been enhanced because there is something of worth—namely qualifying for the Sprint—happening on track, rather than merely a pair of one-hour practice sessions. That gives promoters, sponsors and partners three days of relevant action at a Grand Prix rather than two.

Formula 1 is still discussing where to hold its six events for 2022 with a number of factors being considered. Organizers are keen to spread Sprint through the year and are unlikely to utilize it at either the season-opener in Bahrain or finale in Abu Dhabi, while the narrow and processional nature of Monaco means it is improbable for it to feature there.

“It’s a very open discussion so in terms of the promoters, 100 per cent, they all want it, and you can understand why,” said Brawn.

Formula 1 is also working on format tweaks to Sprint for 2022 but says they will be “relatively conservative and evolutionary” because of the championship’s overhauled technical regulations that should facilitate cars that can produce better racing. Brawn outlined that “we should take some progressive steps for next year but not radical steps, and that’s partly because we’ve got the new car coming along.” The idea of reversing the grid, either fully or partially, which has been floated for various years, is for now “a step too far” for Brawn. There is a desire not to be too overambitious this early on into format’s existence.

There are a few key issues that are still set to be addressed. 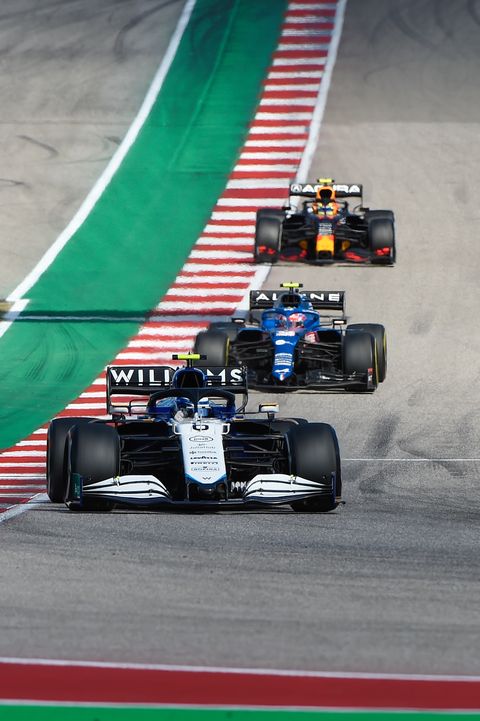 One concerns the distribution of the points system; currently 3-2-1 are awarded to the top three finishers of Sprint compared to the top 10 finishes of the Grand Prix receiving points, with 25 for the winner. Sprint points are likely to be enhanced and expanded for 2022.

“We proposed something around a third of the points that you get in a race for the Sprint, that was the initial proposal which was not taken up because the feeling was we needed to see how it functioned first,” explained Brawn. “So I think that’d be the starting point for the discussion (for 2022), so (the points need to be) significant enough to be worth going for, and it goes far enough down such that people in lower positions still want to fight for it.”

Another revolves around who receives the pole position honor. Currently that accolade goes to the winner of Sprint, rather than whoever topped Friday’s qualifying session, but that is an element Formula 1 is keen to alter.

“It’s been a consistent comment among fans and media that the person who does the fastest single lap on low fuel is the pole position holder,” Brawn said. “I guess we hadn’t really considered that when we set out that new format. I’d like to see a reversion to that.”

The naming of the event is also “something we want to tidy up,” according to Brawn.

Those discussions are set to take place following the third and final 2021 run in Brazil but Formula 1 is already committed to the format long-term. A recent survey suggested the most avid fans are the most resistant to Sprint while younger and newer fans are more engaged by the concept.

“The trick is to make sure we never cannibalize the main event,” said Brawn. “The race on a Sunday is the main event, so whatever we do we’re mindful of not detracting from the Sunday event.”

But beyond 2022 there is a chance that Sprint’s presence, and importance, within Formula 1 could grow further.

“We’re taking it carefully, step-by-step, and I think off the back off six you can decide whether you want to increase the number,” said Brawn. “I don’t think we should be afraid of doing that because in doing that it would be a measure of the success of the Sprint, and if that is the format for the future then I think we’ve gone about it in the right way.”