Bottas ‘far away’ from level he wants to be at

Valtteri Bottas says he is still “far away” from the level of Formula 1 driver he believes he can be and wants to be “much better” than he is now.

The five-time grand prix winner has been retained by Mercedes for another season and 2020 will mark his fourth year with the title-winning team.

Bottas has yet to put together a full championship challenge but led the points earlier this year and is on course for his career-best finish as he is a comfortable second in the standings, 62 points behind team-mate Lewis Hamilton.

Asked by Motorsport.com how close he is to the level he wants to be, Bottas said: “I’m not yet there! I keep getting better the old I get.

“I still have many years left, and I keep learning all the time, keep getting better and feeling more and more comfortable in the car every year.

“I’m still far away from what I believe I can be and my goal is to be much, much better than what I am currently. We’ll keep working for that.”

Bottas has formed an effective partnership with Hamilton in their time together, dutifully performing a de facto number two role.

He has scored 10 pole positions and 32 podiums, but the last two seasons Bottas has had dips in form that have raised questions about his ultimate potential.

However, he believes that not tumbling out of title contention in 2019, as he did last year, will allow him to prove that he can maintain good form to the end of the season this time.

“It’s definitely a better feeling for the end of the year,” he said. “I also feel very good support from the team and the points gap between me and Lewis is not night and day.

“It’s encouraging for me to see I can perform. There’s no doubt from my side that I can, when I will be able to be at my best, when title hopes and motivation is there, I know I can do it.

“I look forward to Singapore, another race that has been difficult in the past, Lewis has been really strong there. We’ll give a big effort there to have a good and strong weekend.” 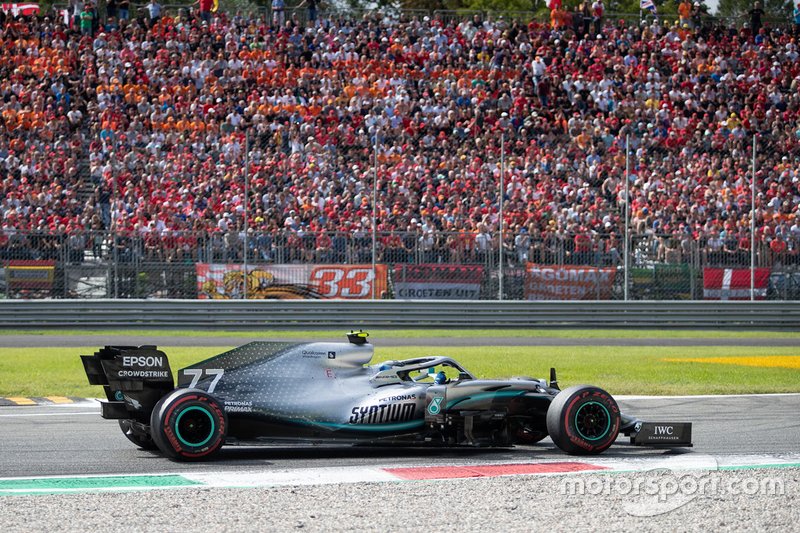 Honda Car India Offers Discounts Of Up To Rs. 2.5 lakh On Civic and Rs. 4 lakh On CR-V