Alfa Romeo team boss Fred Vasseur says he’s “not sure that we would have been able to survive” without Formula 1’s cost-saving measures and partial development freeze.

In the wake of the COVID-19 pandemic, which also drastically impacted F1’s finances, teams agreed to delay the all-new regulations by a year until 2022, while carrying over their current chassis to 2021 and limiting development work on the cars with a token system.

Speaking to Motorsport.com, Vasseur believes those measures were crucial to keep the former Sauber team afloat and said he was thankful F1 teams all came to an agreement.

“It’s never easy to do a move because you’re always a bit scared that you could give an advantage to someone else or to another team,” Vasseur explained.

“We were in a such a tough situation that we had to [agree to a reduced cost cap and development freeze]. But we could also imagine at this stage that some teams would have been more drastically against that.

“When you have the feeling that you are not performing in Barcelona [during testing], you are not keen to freeze the car for the next 18 months.

“Thankfully that did happen, because I’m not sure that we would have been able to survive.”

Vasseur, whose team endured a difficult season to finish eighth in the constructors’ championship, thinks 2020 was a “revolution” for F1 on a political level, with the pandemic forcing teams to work more closely together.

“Less than before, it would have been difficult,” he chuckled. “For sure it’s also in the tough times that you can see the solidarity of the group.

“In a couple of weeks we were able to do much more than what we did in the last 10 years with the reduction of the cost cap, the change of regulation, the fact that the FOM was able to build an incredible 17-race calendar in a couple of weeks, and the agility of all the teams to change from one calendar to another.

“So many things happened in such a short period that I think it was like a revolution into the mindset of F1.

“Now we have to keep this mindset because I think that for the future, we will probably have to face new issues in the future. And that means that when we are working together we are able to improve the situation quite fast.” 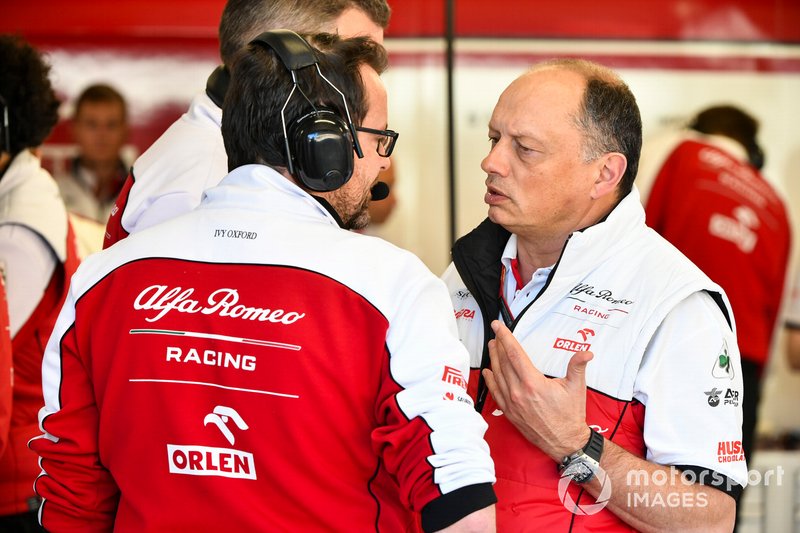 The Hinwil team’s future was boosted by the announcement that its Alfa Romeo tie-up would be extended to 2021, with the Italian brand and Sauber forming a relationship that also involves the development Alfa’s road cars.

Vasseur explained the partnership with Alfa Romeo goes far beyond the sponsorship package it entails.

“For us it’s crucial,” he added. “I don’t want to speak about the financial aspect but for sure it’s a part of this, but it’s rather the motivation that you can add into the team, that you can afford the recruiting for the development of the company.

“The fact that Alfa Romeo, the first world champion, is extending the deal with us and wants to develop the partnership is a nice reward, but it’s not just a reward, it’s a next step for us.

“We are collaborating a lot on the automotive side now and I think it’s a good partnership for the company.”