Home » From Track Days to a Factory Seat: The Porsche Racing Pyramid, Explained From Track Days to a Factory Seat: The Porsche Racing Pyramid, Explained

Want to be a real race car driver? Get in line, kid. Or even better, get in a Porsche. There are plenty of automakers that love to wax poetic about their involvement in motorsports and how it definitely, certainly, certifiably affects the way they build their cars—which you should absolutely buy—but when it comes to Porsche, it ain’t just talk. Not only is Porsche’s involvement in racing extensive, but it’s also one of the only automakers that offers a direct and clear—if incredibly difficult and unlikely—path from mere track days to a chance at a factory seat, with opportunities for glory and victory at every level in between.

Money helps (duh), but for those with nothing but a pocketful of dreams, it’s worth tracing this through-line Porsche’s so proud of and dedicates so many resources to maintain. And if you’ve ever wondered what the deal is with all these various stickered-up Caymans and 911s you see running wheel-to-wheel, consider this your introduction to Porsche’s motorsports pyramid. 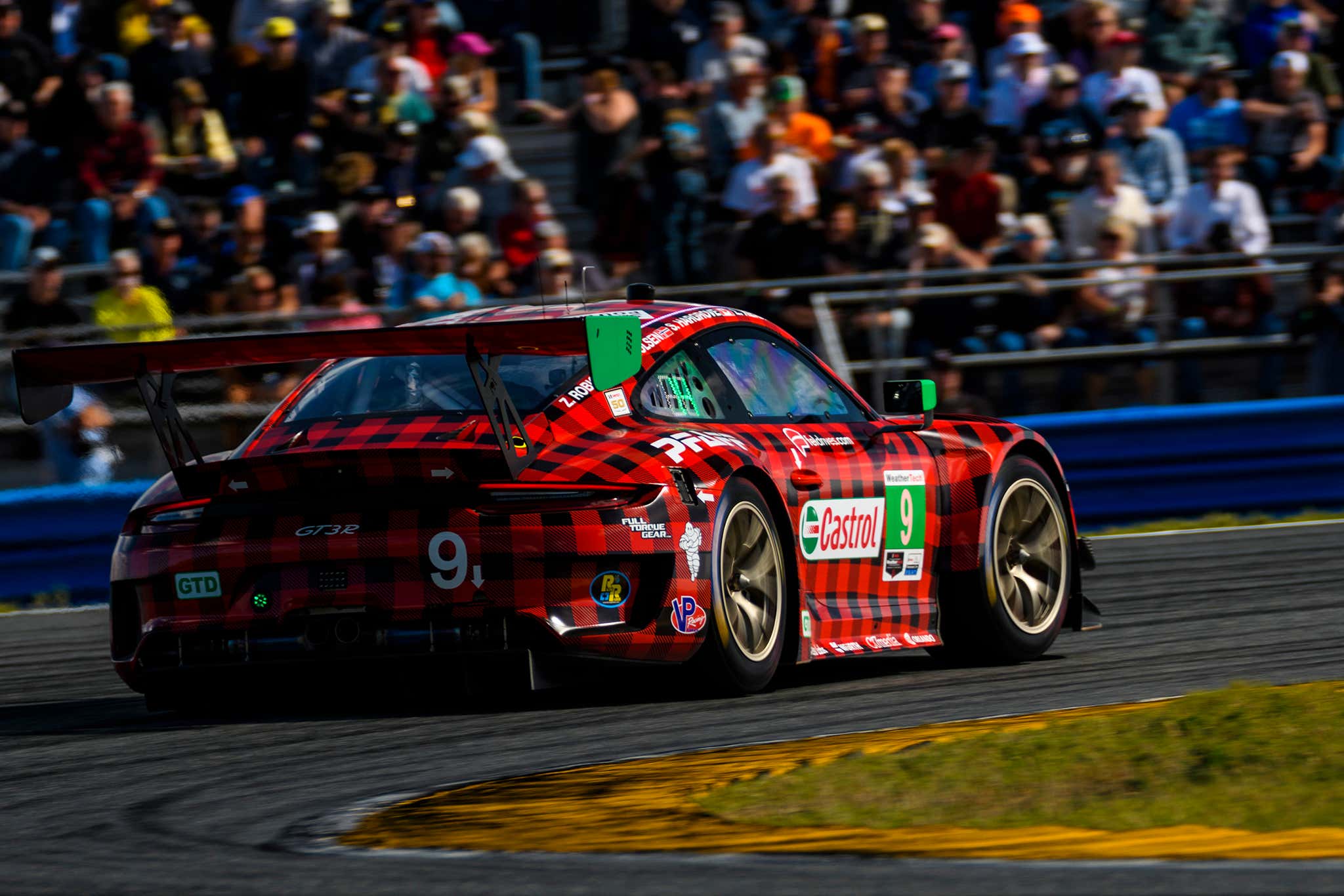 Porsche handles all of its North American motorsports operations under its aptly named Porsche Motorsport North America arm, which was founded in 1985. Under it, the automaker authorizes sales and provides parts and service in the U.S. and Canada for all its race cars. From humble hot laps all the way up to the IMSA WeatherTech SportsCar Championship, there’s no shortage of ways to go fast in a Porsche or watch other people go fast in Porsches. I spoke with Brian Blocker, the series manager for Porsche Carrera Cup North America, to get a better understanding of how exactly the Porsche motorsport pyramid breaks down.

There’s no getting around the fact that racing is an expensive hobby. Keep climbing and in addition to owning a car, you’ll also have to transport yourself, your team, and said car to the track. You’ll have to pay for accommodations, be able to pay for instruction, parts, materials, and licenses, among other things. But for the sake of simplicity, let’s pretend you’re a prospective driver and you want to make it to the upper echelons of Porsche racing. Where do you start?

Track days and autocross events are by far the easiest places to start if you want to see what it’s really like to hustle a car. There are tracks all over North America and many of them have open sessions that you can participate in. Local car clubs also typically host driving events at nearby tracks for their members. You can drive your own car whether or not it’s been modified and it’s a good opportunity to get some coaching if driving instructors are on hand. Just be sure to do the proper preparations beforehand to make sure your car is ready. 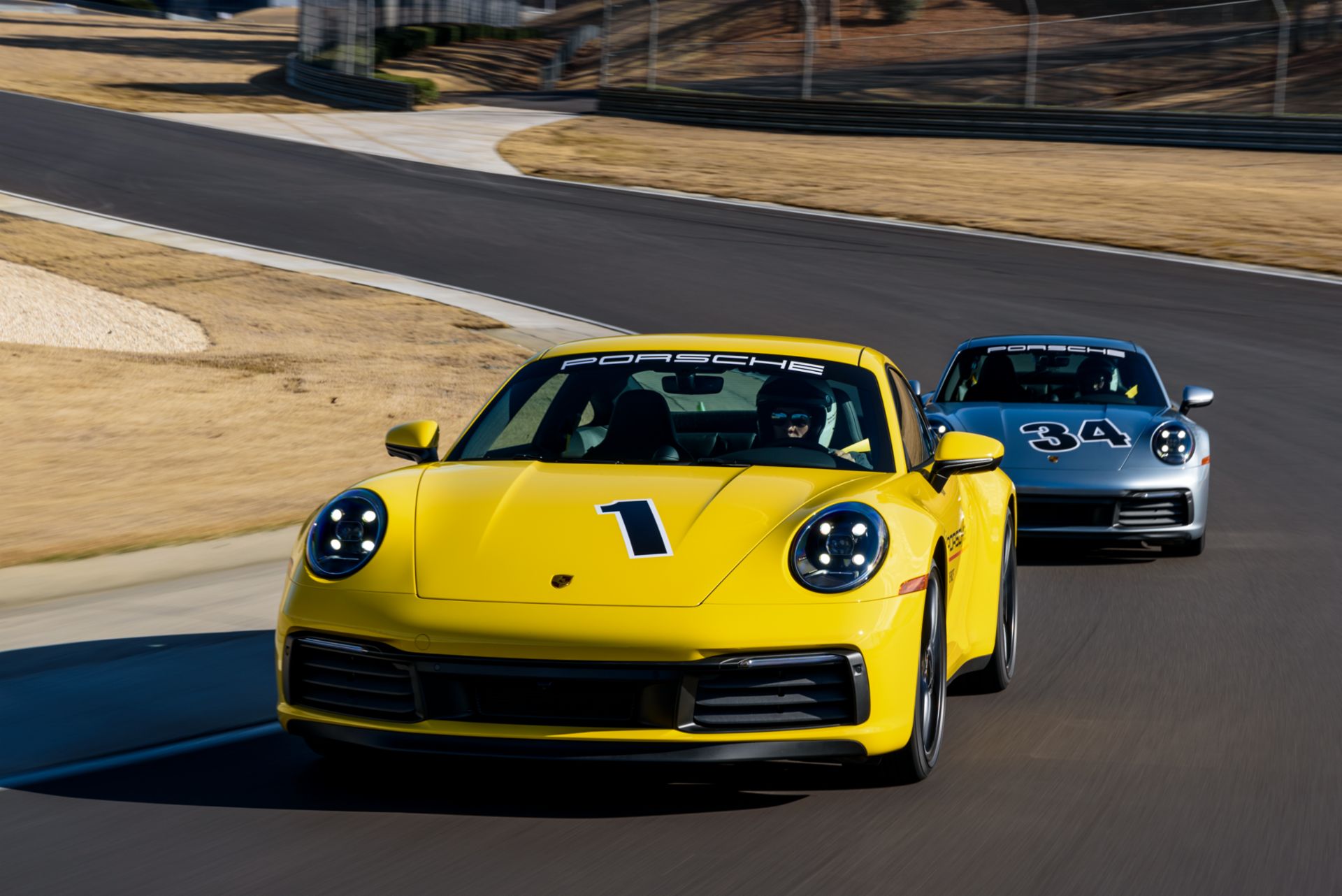 Alternatively, there are also driving schools you can sign up for that provide the cars and all the appropriate safety equipment.

So now you’ve got some track-driving under your belt. You’re familiar with things like trail-braking and apex-hunting. Next, you can start looking into Porsche’s club-level racing. There are a bunch of Porsche clubs nationwide that provide members opportunities to drive Porsche’s purpose-built race cars and road-going cars. The two major ones are Porsche Club of America and Porsche Owners Club.

These, as Blocker explained, are for anyone who wants to take their car, whether that be a customer car or a purpose-built racecar, to the track for some wheel-to-wheel action. “This is where we draw from,” he said, referencing a driver talent pool. “It’s where we inspire and educate for driver development.”

Obviously, it’s all Porsches at these events. But they’re not super strict about what sort of Porsches. So you could have all kinds of models and builds with different engines and gearboxes. Getting a seat in Porsche club racing involves earning a club racing license by attending driving schools and basically leveling up. “Once you have your amateur license, you can apply to join a club racing level series,” a Porsche motorsports rep explained. “Each series has its own process to allow people to race and monitoring procedure to ensure you are safe to have on track.” Licenses are granted to people who’ve done time with multiple schools and at a high level. You have to show that you understand how to control the car on a track and the rules for competition. 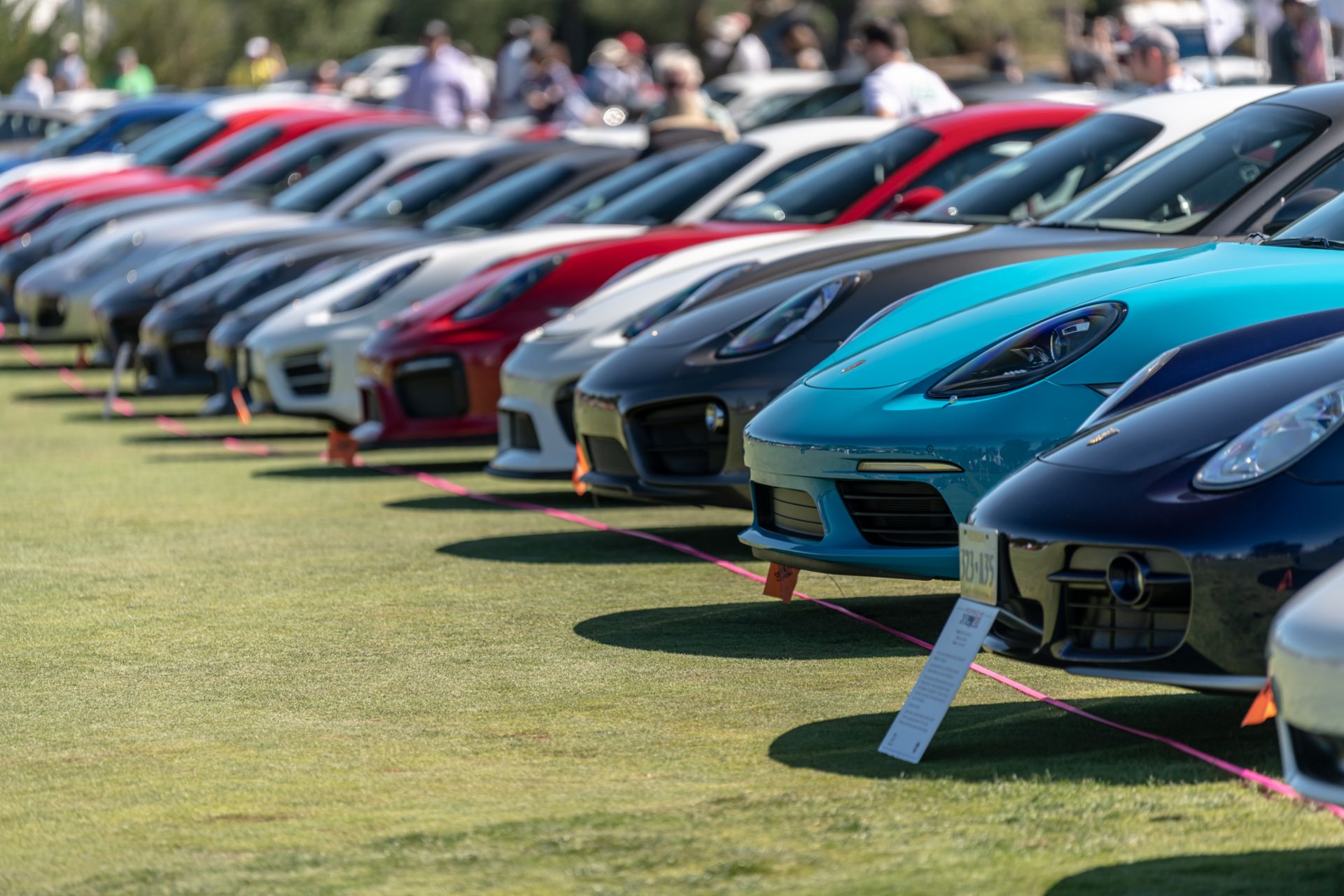 Alternatively, you can contact PCA and ask to be set up in one of its events, but you still have to prove you have enough experience after running multiple events behind the wheel before you can get licensed.

The purpose of participating in Porsche club racing is to enjoy “fun, safe, and clean racing,” according to a company press release. It’s a place where you can experience some competition but not a wildin’ free-for-all with zero rules or safety marshals.

For a lot of people, this is enough. But for those who want to go even higher, there are the one-make series.

Porsche’s various one-make series are comprised of a handful of all-original Porsche cars with engines and gearboxes built by PMNA so there isn’t as much variation in what you’ll see or be able to drive on track.

“Teams can tweak the suspension, the camber on the tires within certain limits,” Blocker said. “There are certain things they can do to best suit the car to a certain track, but then it’s really up to driver skill.”

In the Porsche Sprint Challenge North America series, you’ll race 991.2 and 992.1 911 GT3 Cup cars and 718 Cayman GT4 Clubsports in different competition and track day variations. These, as Blocker described them, are “great education platforms.” They’re based heavily on road cars and though they have racing components, they’re still reportedly easy to drive. Here, drivers can learn the different tracks, how to work with different teams and engineers, experience wheel-to-wheel racing, and maybe even move into a cup car. 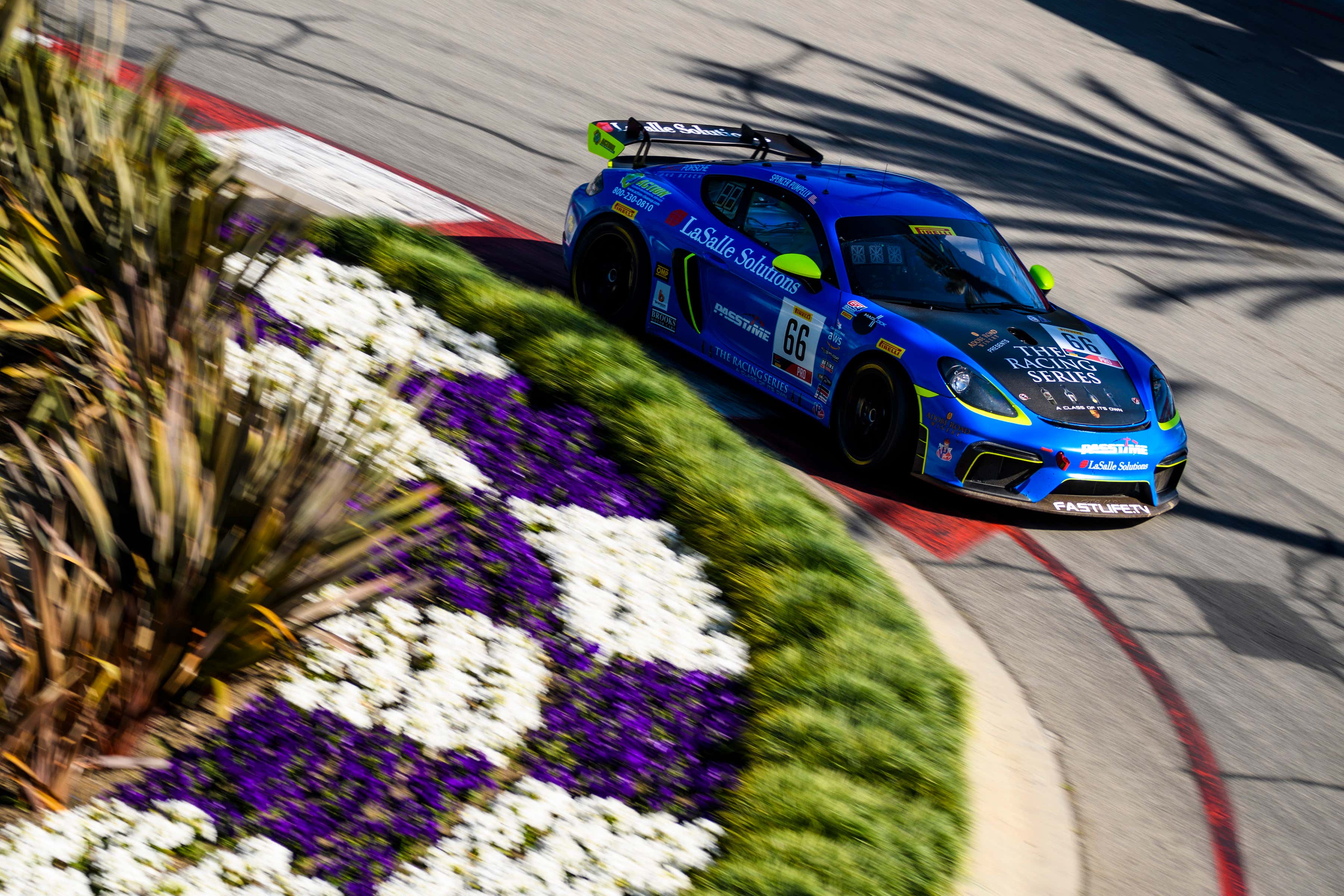 The highest level of one-make racing is the Carrera Cup. It uses the newest 992 and 992.2 911 GT3 Cup cars, with “the most professional teams, drivers, and race weekends in support of the highest levels of open competition such as IMSA WeatherTech, IndyCar, et cetera,” according to a Porsche rep. As a driver in Carrera Cup, you are expected to operate at a professional level on-track.

But besides that, the Carrera Cup is also the only series that features Porsche’s Junior Program North America. Junior drivers under the age of 23 have the opportunity to go through a series of development to learn about Porsche as a brand, how to be a brand ambassador, understand the history of Porsche motorsport, and get driving coaching, media training, and fitness training. “It’s a broad scope of development,” Blocker said.

At the end of the year, the junior drivers participate in a shootout to get an opportunity for a seat in the Carrera Cup. Porsche will conduct an internal evaluation to make sure these drivers have “appropriate skill, driving resume, and racing credentials,” according to Blocker, and if they do, they can be recruited by teams. Other times, young drivers can reach out to Porsche and Porsche refers them to an appropriate team, pending budget and a good fit.

“We really try to let the teams sell their programs because this is customer racing,” Blocker said. There’s no fee and no application process for the Junior Program—which is a relief to hear because money’s involved everywhere else in this sport. 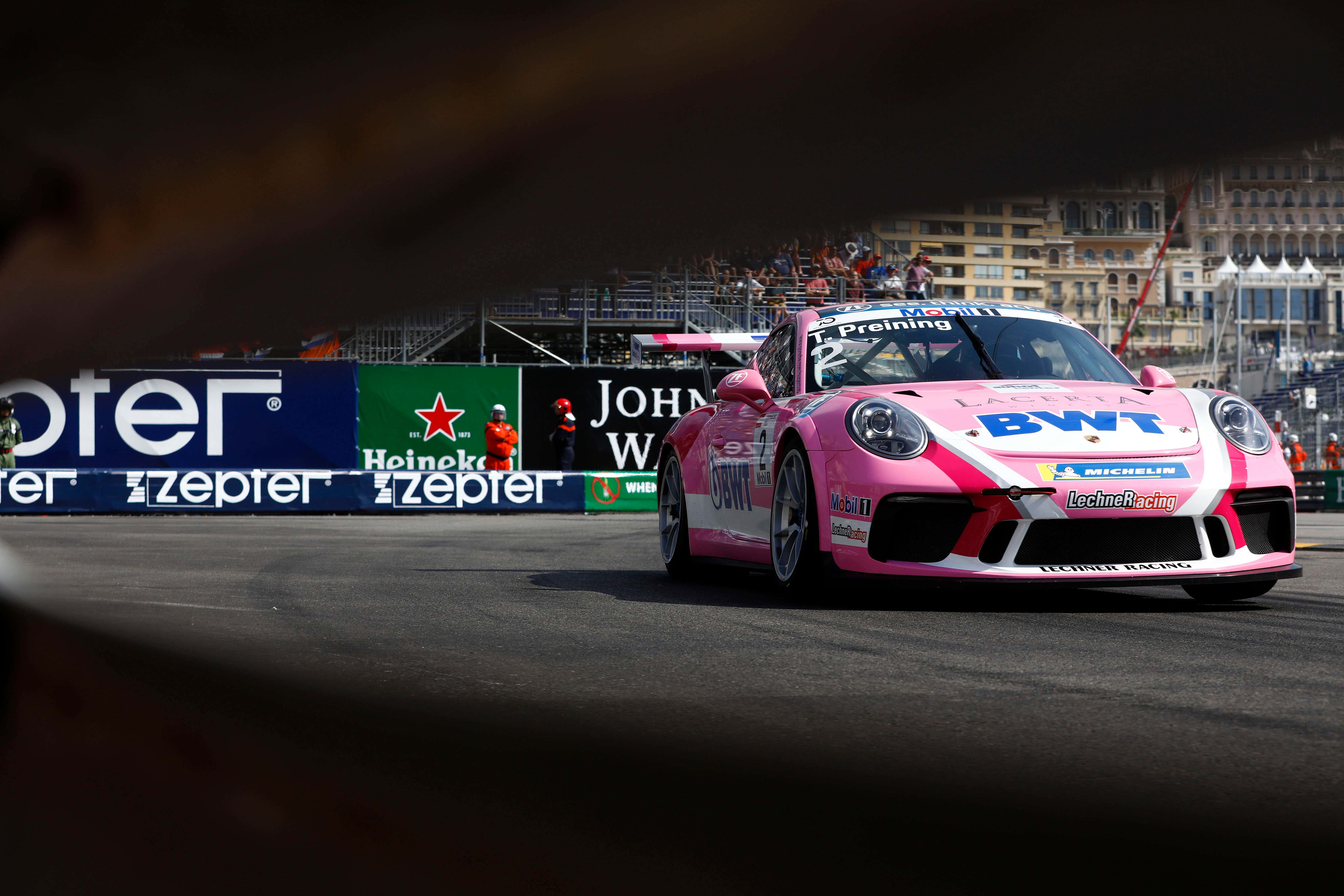 “There’s no denying the sport, in general, does require a certain level of money,” Blocker said. “Money that many people don’t have in many cases.” But Porsche tries to give these young drivers a lift by teaching them how to leverage themselves as ambassadors in order to acquire sponsorship, as not all of its junior drivers come from family money. Sponsorship can even come from a hometown dealership that has the money needed to run a program. Blocker said Porsche is constantly trying to get its dealerships involved with motorsport. Some see it as a good marketing opportunity, others just really love racing. But regardless of the reason, it offers a good path for a young driver to take.

I like the sound of this, personally. Like anything competitive in life, racing requires hustle and making some noise. Getting a dealership to sponsor your racing career as a young person gets you into the habit of stepping up and being heard.

But for people who don’t qualify for the Junior Program, drivers can reach out to PMNA, which can then put you in touch with teams who can lay out their own budgets and requirements. Teams will then contact sanctioning bodies who will help drivers evaluate whether or not they’re ready to drive the cars in this class. Maybe you’ll get a seat in a Sprint or Carrera Cup car. Maybe you’ll spend a season or two club racing before you can advance further.

Once you’ve raced in the Carrera Cup, it’s likely you already have all the licensing to take the next step into open competition. You, with all your racing experience under your belt (and perhaps even some victories), can then get in touch with a team that will guide you to the next step and hopefully into a car—maybe just for an evaluation, maybe for something a bit more permanent. 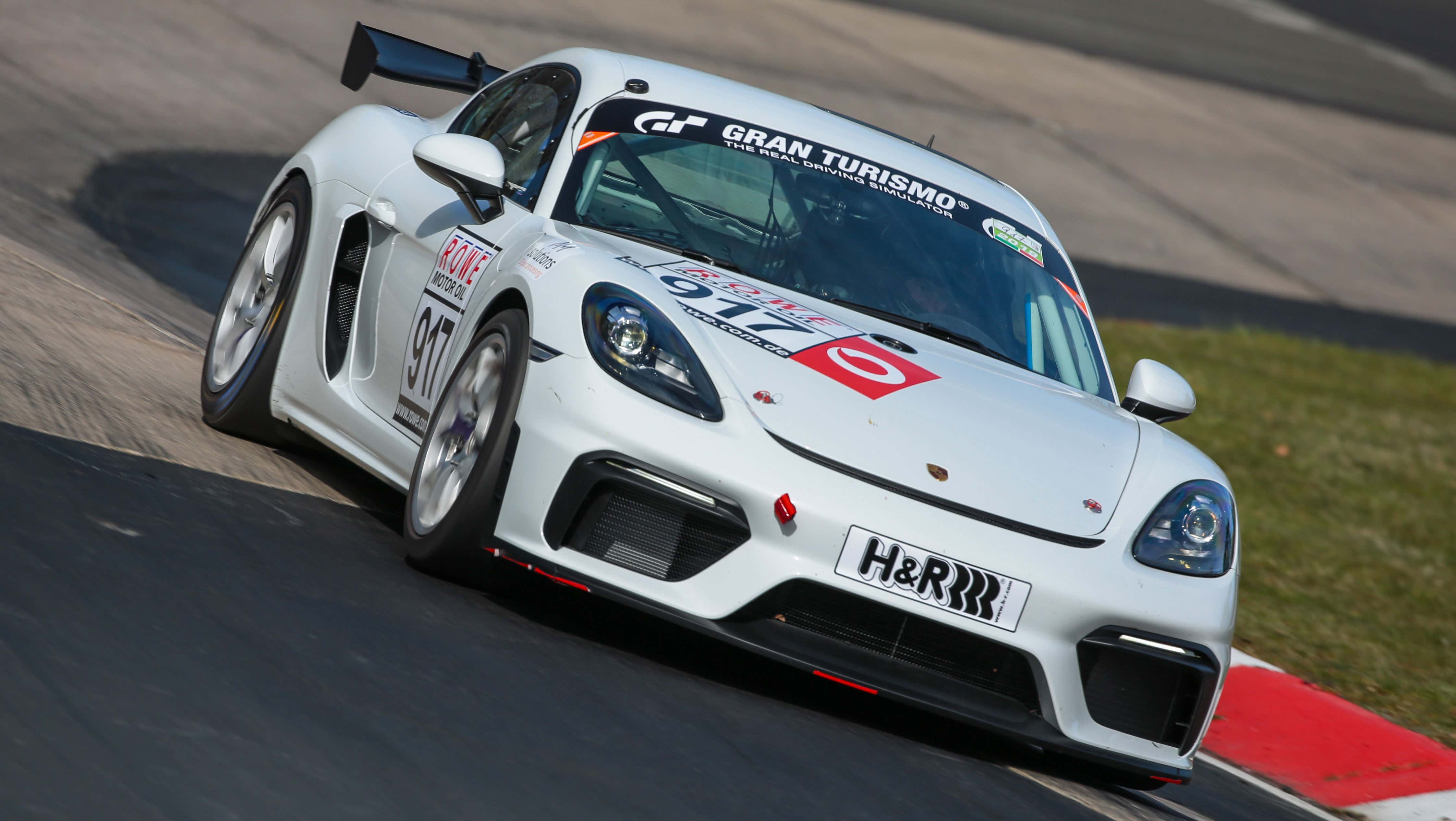 Porsche itself doesn’t make decisions with regard to who can drive. That’s up to the sanctioning bodies (IMSA, SRO, WEC). They take into account a driver’s previous career, ability, and how safe they are on the track when determining eligibility.

The cars here are all “factory-supported, customer cars based against other manufacturers,” Blocker said. Though they have to be original-spec, requirements can change through the season, as determined by the sanctioning bodies to make sure they’re all competitive. This varies by series. 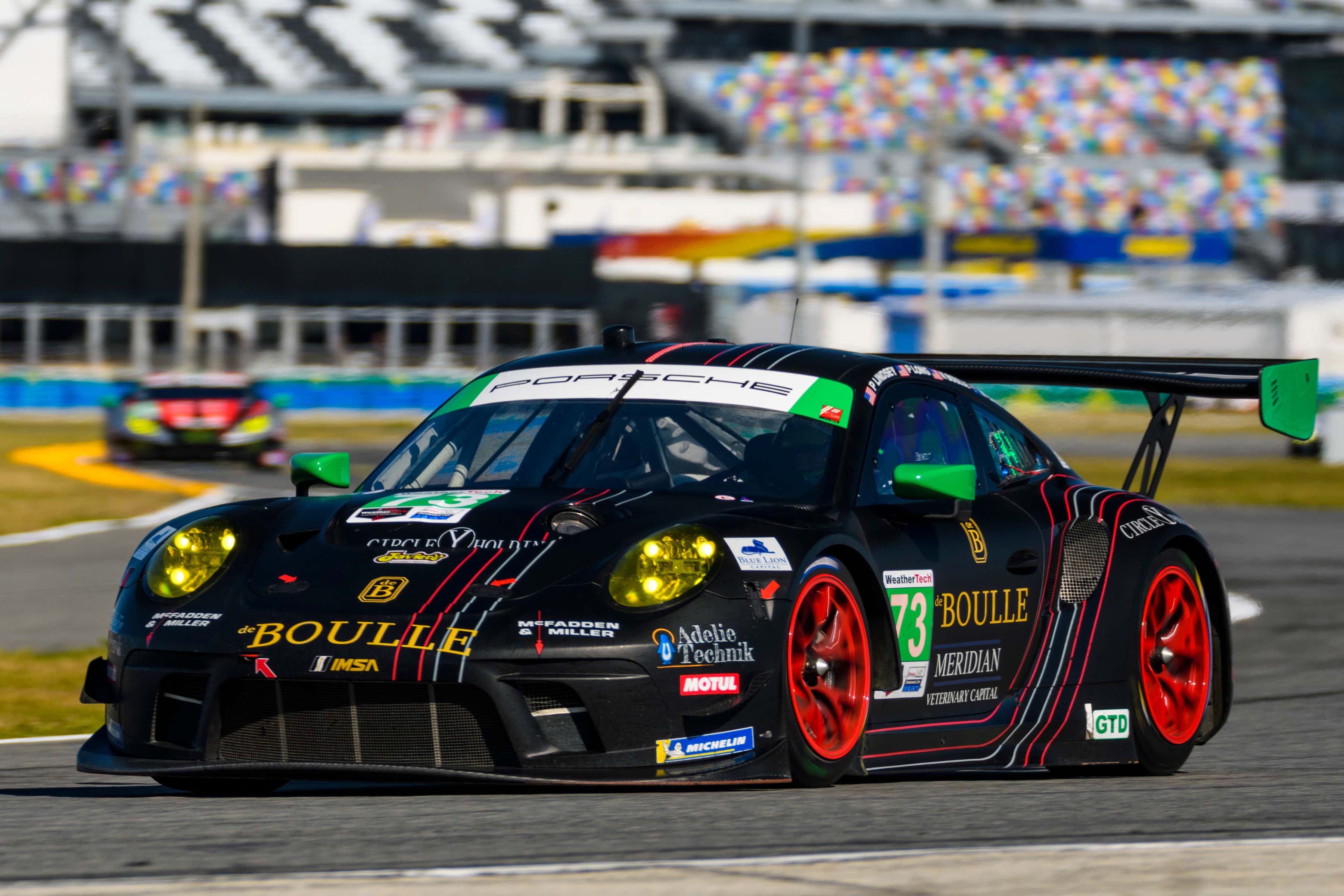 Sitting pretty at the top of the pyramid is the factory-sport class. These are teams are backed by Porsche itself. Whereas customers can enter non-factory WeatherTech Racing in the GTLM class, most of the time you’ll find full factory drivers and teams at this level—which includes the 24 Hours of Daytona, 24 Hours of Le Mans, and Formula E. You know, the professional drivers. Seats here are the hardest to secure, the most limited, and therefore the most coveted.

“Factory support depends on your skill set,” Blocker said. If you’re a strong driver with a good car, there’s a chance Porsche will support your program and support you with factory drivers, which is important for endurance racing. As an example, someone coming out of the Junior Program can attend the shootout, win the super cup, and could “very well become a factory driver down the road.”

Cars in the factory sport class include the 911 GT3 R—which races in the IMSA WeatherTech SportsCar Championship’s GTD class, the GT World Challenge America and Intercontinental GT Challenge—and the 99X Electric, which competes in Formula E. 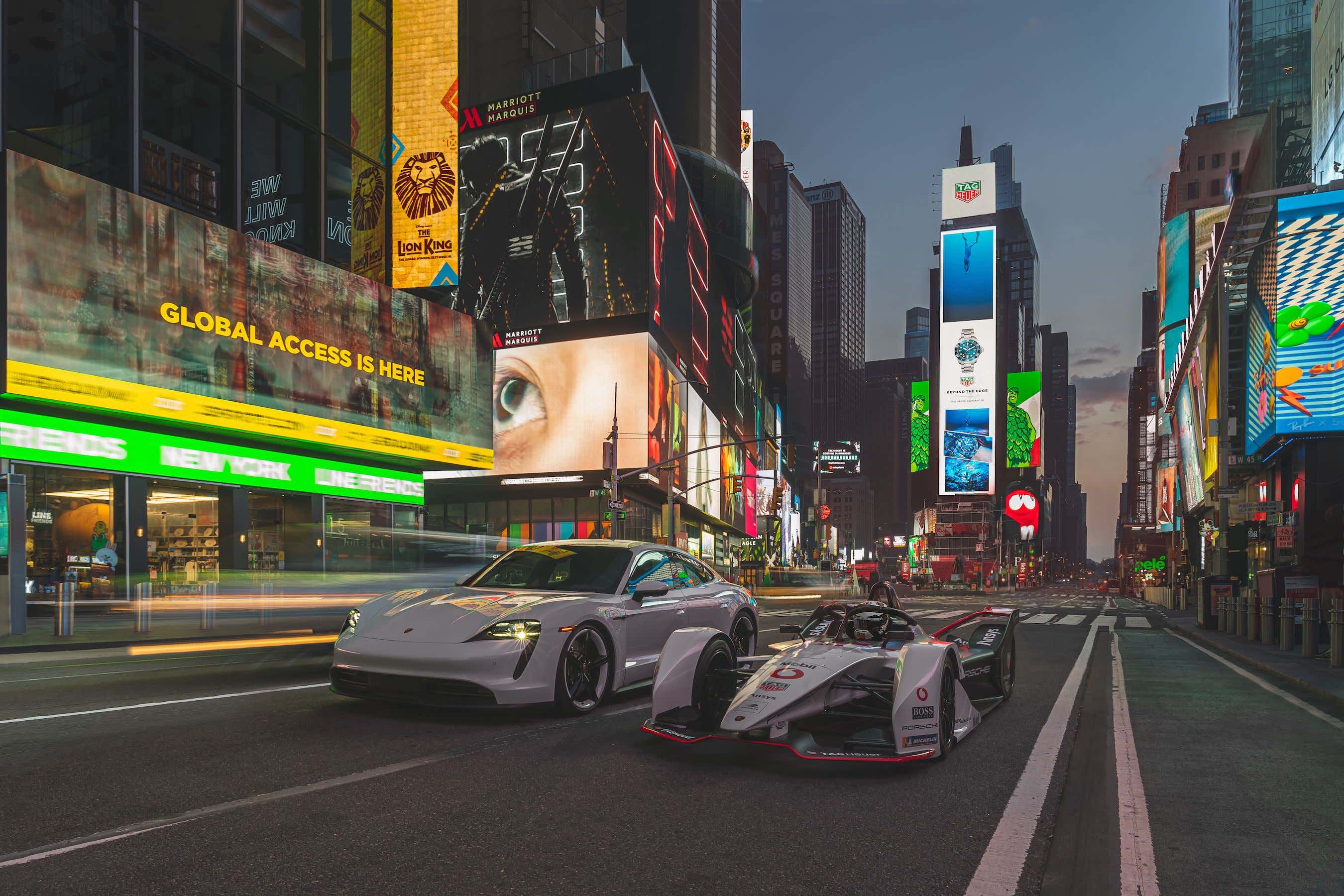 Of course, ranking all the way up to the factory level isn’t a requirement, though it’s a nice dream. More realistically, though, it seems much easier to stay in club racing and the one-make series if you want to scratch your track itch. Just don’t forget—and I can’t repeat this enough—your checkbook.