This week the Daily Races give you a chance to try out some of the new content from the most recent update.

The action starts in Race A at Tokyo Expressway. It’s the newer South section of the track, but the car itself is newer to GT Sport still: the 1981 Porsche 930 Turbo. You’ll have a four-lap sprint in this provided car — no liveries here (we anticipate many red cars) — on Sports Hard tires.

Over in Race C you get another new car, although you’ll be racing round a much older track. The PS3-era favorite Mazda Roadster Touring Car, itself an addition in the July update, makes its first appearance in Daily Races, for an eight-lap race at Suzuka. You’ll need to be aware that Polyphony Digital seems to class the Mazda as a time attack car, so it’s in the N200 category and uses sports tires — Sports Hard in this case. There’s also a rare grid start, with the false start check enabled.

For fans of more traditional combinations — and race tires — there’s a Gr.3 race at Yamagiwa in Race B. It’s an out and out sprint on Race Hard rubber, with the four laps done before you know it.

All three races will run through to Monday, August 12. 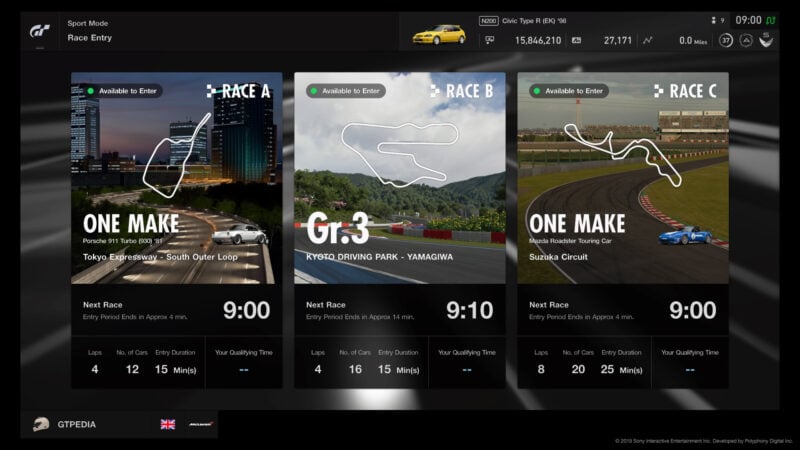 Video of the finals: Andretti Rallycross finishes 1-2 in the ARX of Canada
Car Reviews