If it seems like you haven’t heard much from Stellantis’ SRT brand, it’s because you haven’t. Nor have we. In fact, what we have heard are lots of rumors, including SRT is dead or at least it’s being de-emphasized, and that SRT engineers are being re assigned to other projects. The internet is loaded with headlines such as, “Is Chrysler Really Killing SRT?” and “SRT is Dead.” To find out what’s really going on, we reached out to Dodge boss Tim Kuniskis.

“It’s like watching the news, and depending what channel you put on you get a different story,” Kuniskis told us. “It’s kind of the same story with SRT. There’s a lot of rumors, then it quiets down, then they start to come back. One of the early comments from journalists is, ‘We’re not hearing a lot from SRT.’ Frankly you should never hear anything from SRT. SRT is a very important core engineering group within our company, but it’s not a communications channel.” 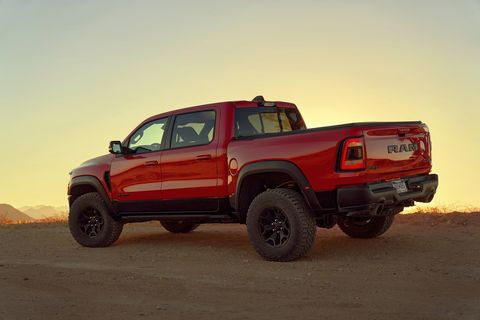 Kuniskis told us that while it’s true that SRT engineers might no longer be sitting in the same office together, it’s not because Stellantis is killing SRT. Quite the opposite, he says.

“People looked at that change and said ‘SRT is being disbanded.’ Absolutely not. It’s the opposite. It’s the right thing to do for performance because SRT today is a sub brand within Dodge. The highest trims are SRTs. It goes from base and rises to SRT. The highest performance of any of our lineups are SRTs,” he told us, comparing SRT to BMW M or Mercedes-Benz and AMG.

“None of those cars can exist without the base car team,” he told us, “because you don’t have the economies of scale of the base car. There would never be a Hellcat without a V6-powered Challenger and Charger. It would be impossible, because you could never pay for the platform or the engineering. You have to the base engineering paid for with the volume cars and then you can have the performance sub brand that takes that car and modifies it.”

He told us that going forward SRT will become even more important. 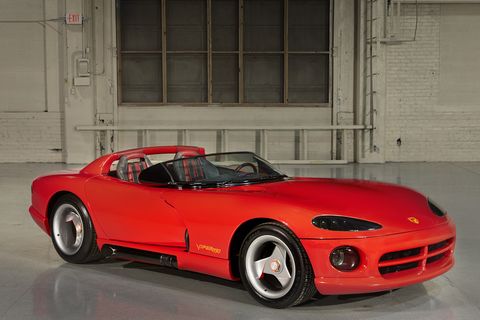 “Today we sell internal combustion engines, fairly traditional layouts, eight-speed transmissions, front engine and rear drive—there are huge synergies with the base car. Now look at the future. I can’t give you a date but I can tell you the future is coming faster than we could have guessed 24 months ago and the shift to electrification is coming like a tidal wave.”

Kuniskis told us he looks at electrification as a great thing for SRT. “It’s going to enable more performance than we’ve ever seen before. Ever. We’ll be able to take the technologies that we know today, and bolster them with electrification and in some cases full battery power.”

He told us that the future of performance is bright with electrification “whether it’s PHEV, full BEV, or whatever.”

He told us that when we are living in an all-EV world, today’s business model of modifying a base car won’t work. “With the electrification it would be very, very difficult to do make an SRT version after the fact because of constraints with things like a fixed battery pack size and shape, kilowatts per hour, the battery chemistry, and center of gravity. The inherent challenges will have to be addressed from Day 1. So integrating the SRT guys in with the base vehicle engineers was a necessity.”

He emphasized that the SRT team has not been made smaller, if anything they’re more important than ever.

Log into the comments and tell us what you think of SRT and its future.