IndyCar’s first race around Nashville’s streets was so much more chaotic than anyone could’ve guessed. Sure, we knew the track was tight and bumpy, but so are plenty of other city circuits. There were nine caution periods and two outright race stoppages under red flags, dragging the 80-lap event on for roughly four hours. As Marshall Pruett at Racer said in his Sunday race recap, “It’s hard to recall a bigger s*** show…”

The eventual winner, Marcus Ericsson, was involved in such a huge shunt on lap four that it forced Sebastien Bourdais, the other driver involved in the crash, to retire immediately. Ericsson’s No. 8 Chip Ganassi Racing Honda, though, would go on to pit five times before crossing the finish line about 1.5 seconds before his teammate Scott Dixon, who took second place. 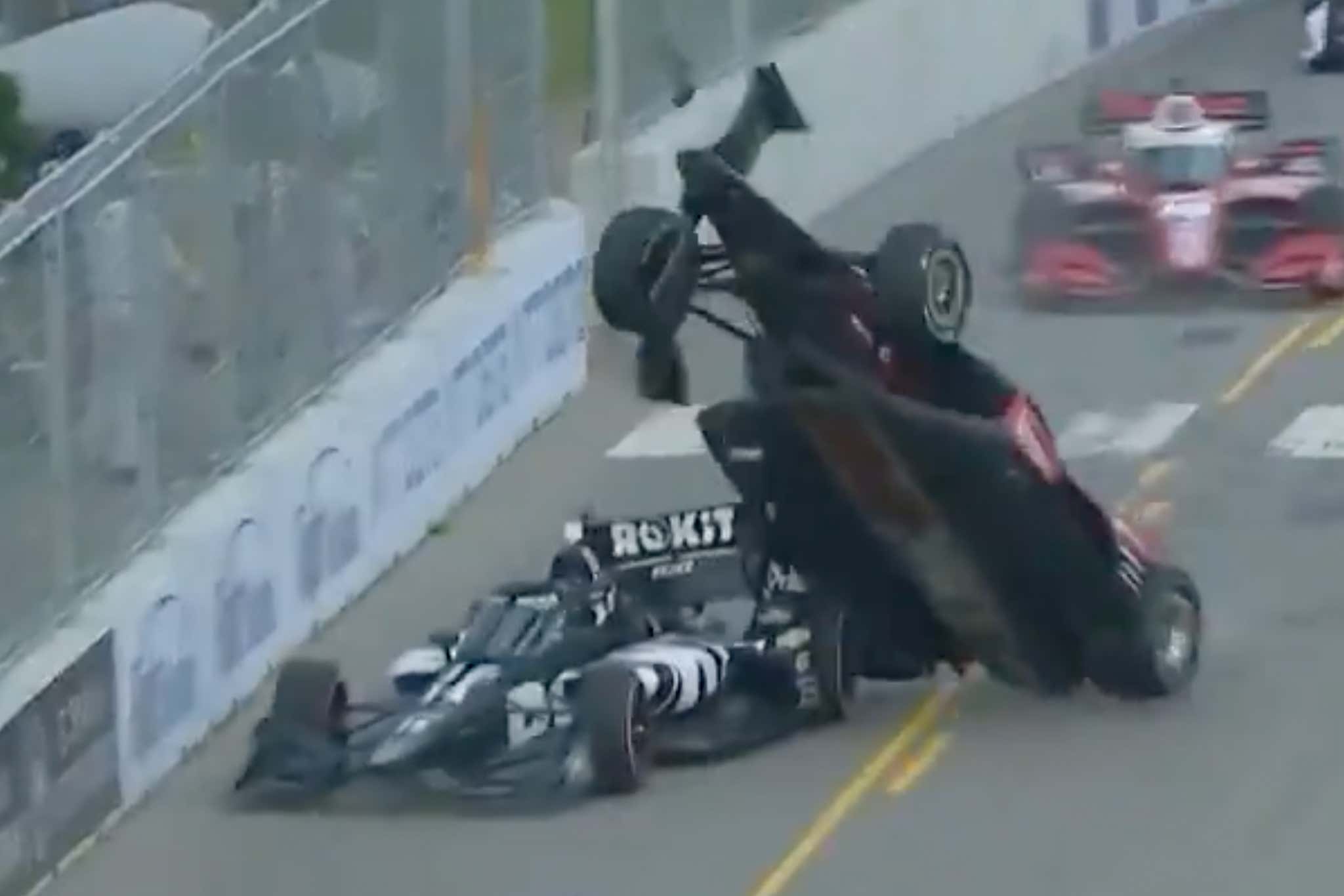 The impact was heavy as Ericsson sailed into the rear of Bourdais’ Chevy when the field returned to green; the race had already seen its first caution. The front wing was knocked off Ericsson’s car, its nose pointed skyward with its whole floor exposed. It looks like all four wheels might’ve left the ground as he landed hard on the asphalt; luckily, the damage was repairable.

A penalty was dealt to Ericsson for avoidable contact, but he recovered nicely and led 37 laps by the end of the day. Pace car driver Oriol Servia led almost as many, depending on how you look at it, since 39 percent of the contest was run under full-course caution conditions.