The world of Formula 1 was left shocked when on the opening lap Grosjean crashed at speed into a barrier with a fireball then erupting from his Haas VF-20.

Miraculously, Grosjean emerged with only burns to his hands despite his car also splitting into two pieces, but if it wasn’t for two key factors, then Grosjean himself admitted that he wouldn’t be here to tell the tale.

Secondly, the halo device surrounding the cockpit, which was developed in response to the ultimately fatal injuries which Jules Bianchi suffered at the 2014 Japanese GP, was the main reason that Grosjean was able to survive going through the barrier which had split open.

And his wife Marion emotionally paid tribute to the medical team, Bianchi’s family, and many others after the ordeal. 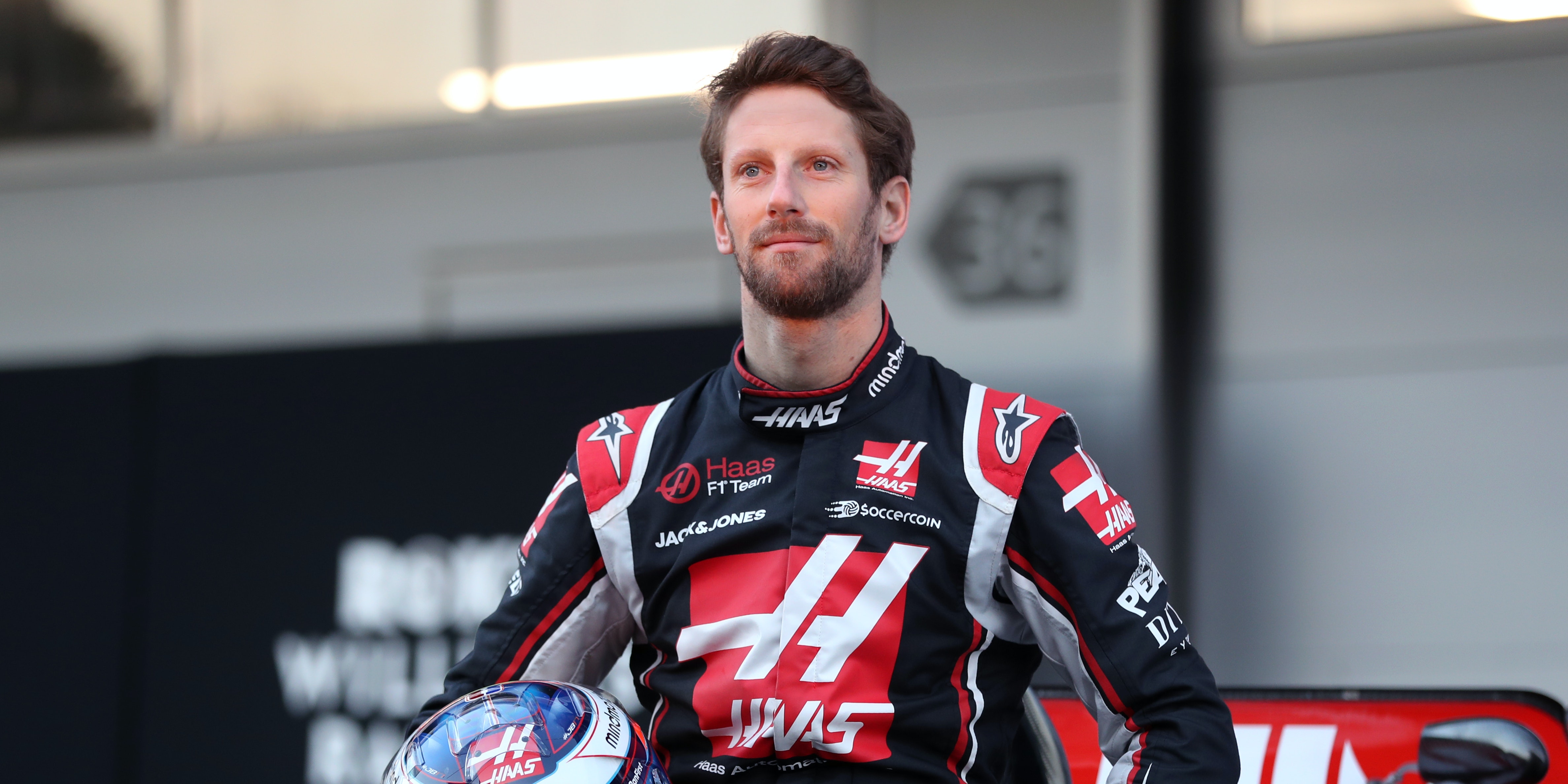 “Of course, I didn’t sleep last night,” she wrote on social media.

“To be honest, I don’t really know what to write. I just know that it’s good to do it. It always helps me.

“Anyway, this morning, I don’t want to lie, the words aren’t coming easily. That will make him laugh, he who knows how much I like to talk. He to whom I always write so much.

“And then I didn’t know what photo to post either. Which image to keep from yesterday? The flames? Him, held by the arms by his saviours? The wreckage of the car?

“I’ve chosen this one, a bit stupidly. Because we’re both wearing the same T-shirt of his GP2 title. The one I still sleep in sometimes. I would have preferred if it to have the word ‘superhero’ on it rather than ‘champion’ – but if we have to, we’ll have it custom-made. For the children, because that’s how we explained the inexplicable.

“On Twitter, late [last night], I used useful words, urgent words, to protect them above all. I mentioned the ‘shield of love’ that protected him. Today, I have to find other expressions, come up with other rational phrases, to express the feelings. We will find them together.

“Expressions of gratitude, for the men of the Medical Car.

“Expressions of friendship, for Jean Todt and his unfailing humanity.

“Expressions of thanks for you all, who have shown your support, your affection, your kindness which is so precious to us.

“Thank you to the family of Jules Bianchi; to his father Philippe, who I think of constantly. To Jules himself. To Kevin Magnussen for his words. To the team at Canal+ for their sensitivity. I will forget some people, excuse me.

“Thank you to our children, who pushed him to pull himself out of the fire. Thank you to his courage, his determination, his strength, his love, his physical training that probably kept him alive (Kim, Dan, love you guys). It didn’t take one miracle but several yesterday. I embrace you all.”

Grosjean is set to be released from hospital on Tuesday, but he will not be in action at the Sakhir Grand Prix with Haas reserve driver Pietro Fittipaldi stepping in.