Alpine boss Marcin Budkowski senses Mercedes will bridge their performance gap to Red Bull over the next few races.

Mercedes gained what was perhaps a fortuitous victory in the season-opening Bahrain Grand Prix when Sir Lewis Hamilton edged out Max Verstappen, who appeared to have the faster car.

That was certainly borne out in qualifying, when Verstappen put his Red Bull on pole position by 0.388sec, and Hamilton’s triumph owed much to a superior Mercedes strategy as the World Champion executed the undercut to gain track position for the decisive closing stages.

Budkowski has offered his take on where he sees the pecking order at present and does not necessarily see Red Bull holding the aces for too long, expecting Mercedes to make strides over the course of the forthcoming grands prix at Imola, Portimao and Barcelona.

“You have clearly Red Bull in front and Mercedes not very far [away],” said the Alpine executive director, quoted by RaceFans.

“I think they are behind at the moment but I would be curious to see where they are in two or three races, because I think they are a big, very well-structured and very competent team and they clearly have some issues they will sort.” 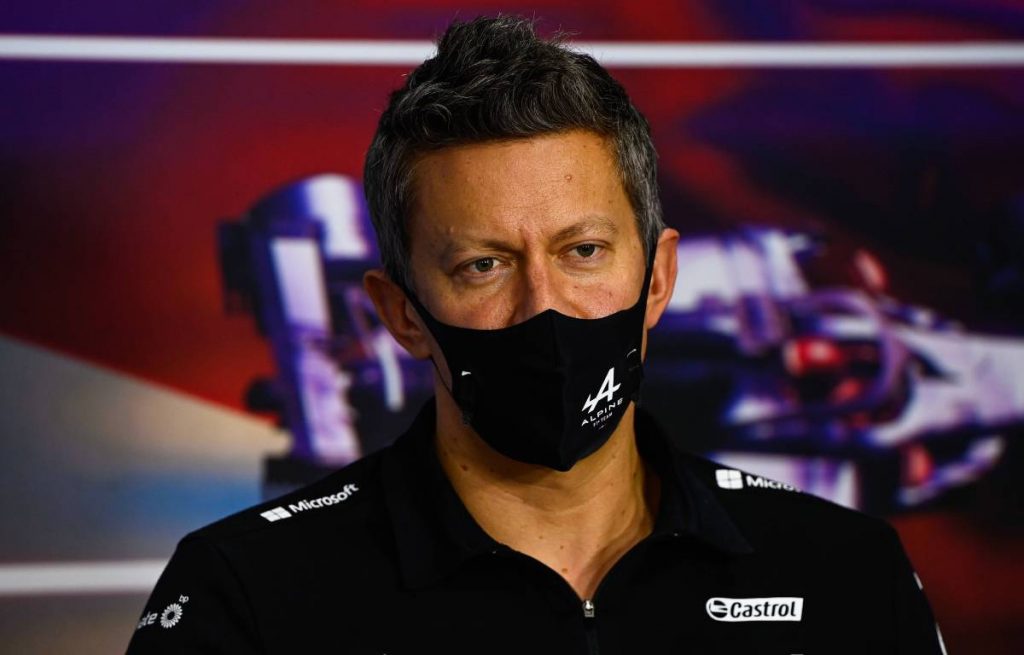 As for the remainder, race pace in Bahrain certainly indicated it remains a two-way fight at the top and everyone else, like last year, is fighting for third position in the Constructors’ World Championship.

“You have McLaren who are strong, AlphaTauri were strong, Ferrari were strong – a little bit stronger than we expected them [to be]. And then there’s us, there’s Aston Martin,” added Budkowski.

“I think that group with McLaren, Ferrari, AlphaTauri, ourselves and Aston Martin – and I think Alfa Romeo were not far off either – that group is very tight. It’s almost like fifth or sixth to 16th will be tight. Circuit to circuit and conditions to conditions it will be variable.

“So our objective is to be at the front of that group rather than at the rear. At the moment, we are somewhere in the middle of it and short of a few tenths to get to the front.

“It could be different the next race and it will be interesting to watch because people will develop their cars a little bit, but not for that long this season because of the 2022 regulations coming.

“It will be interesting. That midfield will be very competitive all season long.”