Alexander Rossi, who made his Bathurst 1000 and Supercars debut this year alongside fellow IndyCar rookie James Hinchcliffe, has pledged to return to the event wiser and better prepared, but confirmed it wouldn’t happen in 2020 due to IMSA commitments.

Two months ago in Bathurst, the Andretti Autosport driver shared an extra Holden Commodore run by Walkinshaw Andretti United, and finished in 17th having started 24th.

Rossi told Motorsport.com: “Had I not had a computer monitor showing laptimes, I’d have said that was the best race weekend of my life!

“It was awesome, the cars are great, the event is phenomenal and the series is really cool – I can’t say enough good things about it, honestly.

On the other side of the coin, I was under-prepared and probably under-qualified. But I learned a huge amount in that process and I will go back and there will be a very different outcome.

“I won’t go back next year because of the Petit Le Mans date clash, but Bathurst is not something I’m going to just leave there after finishing 17th.

“I feel like by the end of the race, there were a lot of things that, had I been able to start with that level of confidence and knowledge, it would have been a much different scenario.”

As well as the 17-race NTT IndyCar Series schedule, Rossi in 2020 will again compete part-time for Acura Team Penske in IMSA, sharing the #7 car with Helio Castroneves and Ricky Taylor in the IMSA WeatherTech SportsCar Championships’ longest races.

Last year in the Rolex 24 Hours at Daytona and the Sebring 12 Hours, Rossi finished third and fourth respectively in the Acura ARX-05, but skipped the Road Atlanta finale in order to compete at Bathurst. Signing up for all three enduros in 2020 has left Rossi excited about his prospects.

“I’m super-happy to do the Prototype endurance races with Acura and Penske because you know it’s a car you can win the race with overall,” he said. “I’m proud to be able to join the Penske team and try and contribute to their success.

“I think we did pretty well last year in the circumstances, but I’m not doing it to finish second or third or fourth.”

Uncertain whether 2020 IndyCars will suit his style

Rossi, renowned for being one of the bravest and most aggressive of the IndyCar drivers, finished third in the championship this year for Andretti Autosport-Honda, backing up his runner-up points finish in 2018.

Looking at the altered weight distribution for the 2020 IndyCars caused by the new aeroscreen, Rossi said he’s still not sure whether his driving style will automatically mesh with the car’s new demands.

“It all depends what Firestone are going to do,” he said. “They have new constructions for pretty much everywhere to deal with the additional load, and that’s interesting because sometimes it just happens to click for you, and other times it throws everyone for a loop.

“It’ll be hard to answer that until after we all test together at COTA, but in theory the weight distribution forward will be a positive thing for me, but we’ll see if that translates in practice. If it overloads the front axle too much and the front tire can’t handle it then it will produce a huge amount of understeer. So it all depends on how Firestone adapts and what they change following the preseason testing.

“From what I’ve heard, from what Ryan [Hunter-Reay] told me after his test at Barber the car is just a lot looser which I’m certainly fine with. But that was before Firestone made any major adjustments so we’ll just have to wait and see.” 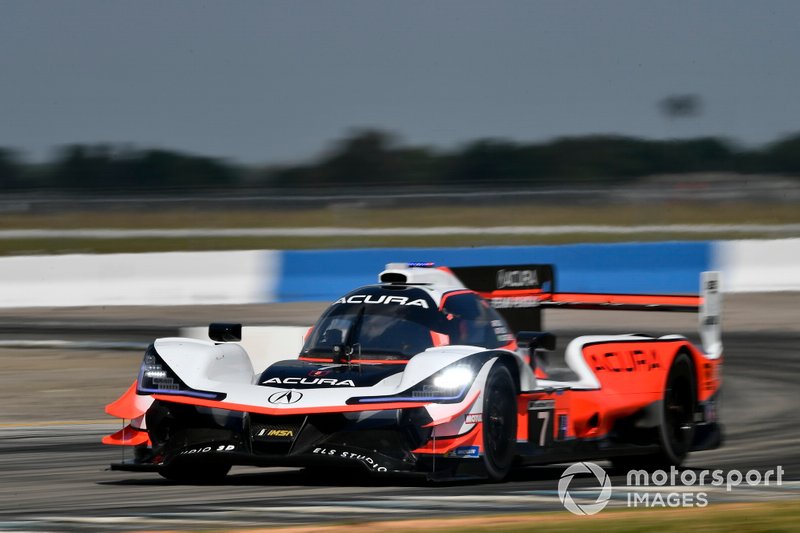