Silverstone has raised the possibility of a second Formula 1 race taking place on British soil later this year.

A record-breaking crowd of more than 140,000 spectators is set to watch the British Grand Prix after the government provided the green light for circuit organisers to sell out for the entire July 16-18 weekend.

In an interview with the PA news agency, the circuit’s managing director, Stewart Pringle, confirmed the event is likely to be at capacity for all three days, paving the way for the largest UK crowd of the Covid-19 era.

The second half of the F1 schedule is uncertain. November’s Australian Grand Prix has been cancelled while the rounds in Japan, Mexico and Brazil are all in doubt.

Brazil, scheduled for November 7, is on the British government’s red list. Turkey, which has replaced Singapore on October 3, and the United Arab Emirates – Abu Dhabi is due to host its now traditional season finale on December 12 – are also both red-list countries. A review of those travel guidelines will be made in the coming week.

“If we can help by having a race later in the season then we would be delighted to assist,” said Pringle.

“Formula 1 deserve remarkable credit that they completed 17 races last year – the only global sport to have achieved such a feat – and I hope they can complete the calendar again.

“We haven’t been asked, and it’s not a conversation I’ve prompted, but if us hosting another race gets the championship to a sensible level, of course we would help.” 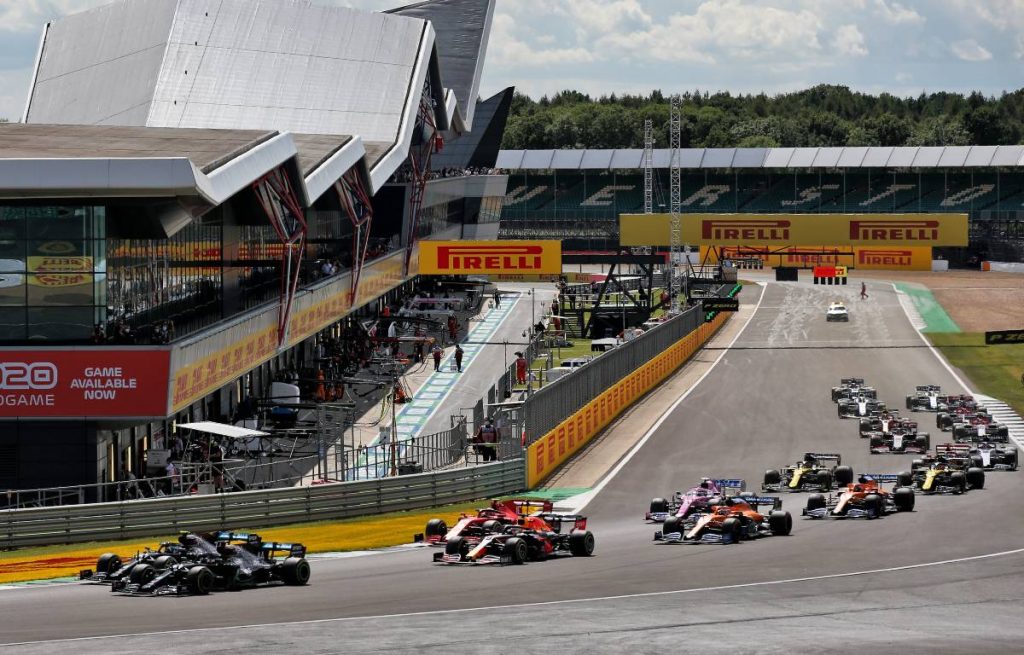 Ticket holders for next week’s race – the 10th of a scheduled 23 – will have to provide proof of a negative lateral flow test or be fully vaccinated against Covid-19.

During months of tense negotiations, Pringle stressed to government officials that the circuit would have gone under if fans had been kept out of this month’s race.

Pringle added: “It’s absolutely fair to say that, and it was a very strong motivating factor for us. Coming off second really wasn’t an option for us.

“We are far from alone in being an events business which is not capable of surviving two full summer seasons without paying spectators, and for Silverstone that has to include the British Grand Prix because it’s by far our biggest event.

“It had to happen or the country was at risk of losing one of its important national sporting assets.

“The government recognised the opportunity that a British Grand Prix running in front of a full house presented. There will be a hundred million eyes around the world on Silverstone next weekend and it will show Britain off at its absolute best.”

Lewis Hamilton is like 'fine wine that gets better with age'