LM Corsa has announced a switch from Lexus GT3 machinery to the GT300 version of the Toyota GR Supra for the 2021 SUPER GT season.

It becomes the second team to commit to the car, which was introduced last year and campaigned by the Saitama Toyopet Green Brave squad, scoring two class wins.

LM Corsa is owned by Osaka Toyopet, and is therefore linked to the Saitama Toyopet squad via the Toyopet network of Toyota dealers.

The team will run an unchanged driver line-up of veteran Hiroki Yoshimoto and Super Formula Lights regular Shunsuke Kohno, but will change from Michelin to Dunlop tyres.

Yoshimoto and Kohno endured a dismal season last year as they registered just one points finish in their Lexus RC F GT3, scoring ninth in the Fuji Speedway finale.

LM Corsa abandoning the Lexus further throws the future of the car into question, following the announcement last month that factory support for the car is ending in Europe. 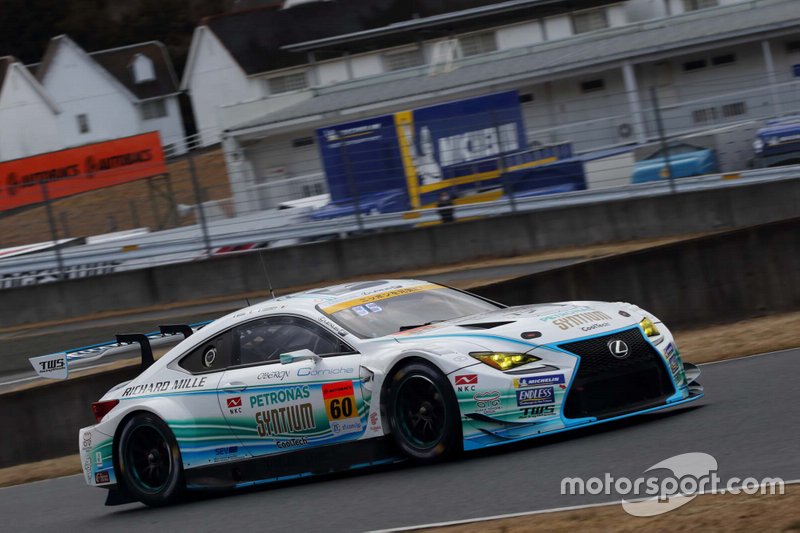 The team last year operated a second car under the K-tunes Racing banner for Morio Nitta and Sena Sakaguchi, who scored two-top finishes in an otherwise disappointing season, albeit using Dunlop tyres instead of Michelin.

Neither of the other two teams running the Lexus RC F last year, Team Thailand and Max Racing, managed to score points all season.

Saitama Toyopet announced its intention last weekend to continue with the Supra for a second season, retaining the services of 2020 GT300 runners-up Kohta Kawaai and Hiroki Yoshida.

LM Corsa adopting the Supra is likely to further alter the balance of power in the GT300 class away from FIA-spec GT3 cars and towards JAF GT300 and so-called ‘Mother Chassis’ cars.

Inging Motorsport has already confirmed plans to field a Lotus Evora MC in conjunction with Cars Tokai Dream28, while Subaru is slated to officially launch its brand-new BRZ contender next month, having already revealed numerous photos of the car in testing.