The Aston Martin Valkyrie is designed to be just about the fastest road car the world’s ever seen. With 1160 horsepower from a monster 6.5-liter naturally aspirated Cosworth V-12 and a KERS hybrid system plus huge downforce courtesy of its Adrian Newey design, it should be able to match some of the greatest race cars for pace on track. Which, funny enough, means it’s a little too much for the World Endurance Championship’s new “Hypercar” class.

Today, Aston Martin announced that it would build a version of the Valkryie for the 2020/2021 WEC season, which includes the 2021 24 Hours of Le Mans. For our Marshall Pruett’s podcast—which you can find below—dailysportscar.com’s Graham Goodwin spoke with Aston Martin CEO Andy Palmer about the project.

As Goodwin notes on dailysportscar.com, Hypercar engines will likely be limited to 750 horsepower. He asked the Aston boss what that means for the racing Valkryie.

“We’re detuning,” Palmer said. “I think the Formula 1 pedigree and what you’ll see when Valkyrie gets in the hands of journalist is a car of phenomenal lap time with phenomenal downforce. It’s essentially a Formula 1 car on the road. Clearly, we have to detune it to meet the requirements of [the Hypercar class].

“This is not about ultimate top speed; this is about demonstrating endurance, and quality and a tenacity to race. Different needs. I don’t think it matters that we need to detune. We have to give other people a chance. But it’ll be great racing, and it’ll demonstrate the quality—or not—of Aston Martin engineering.” 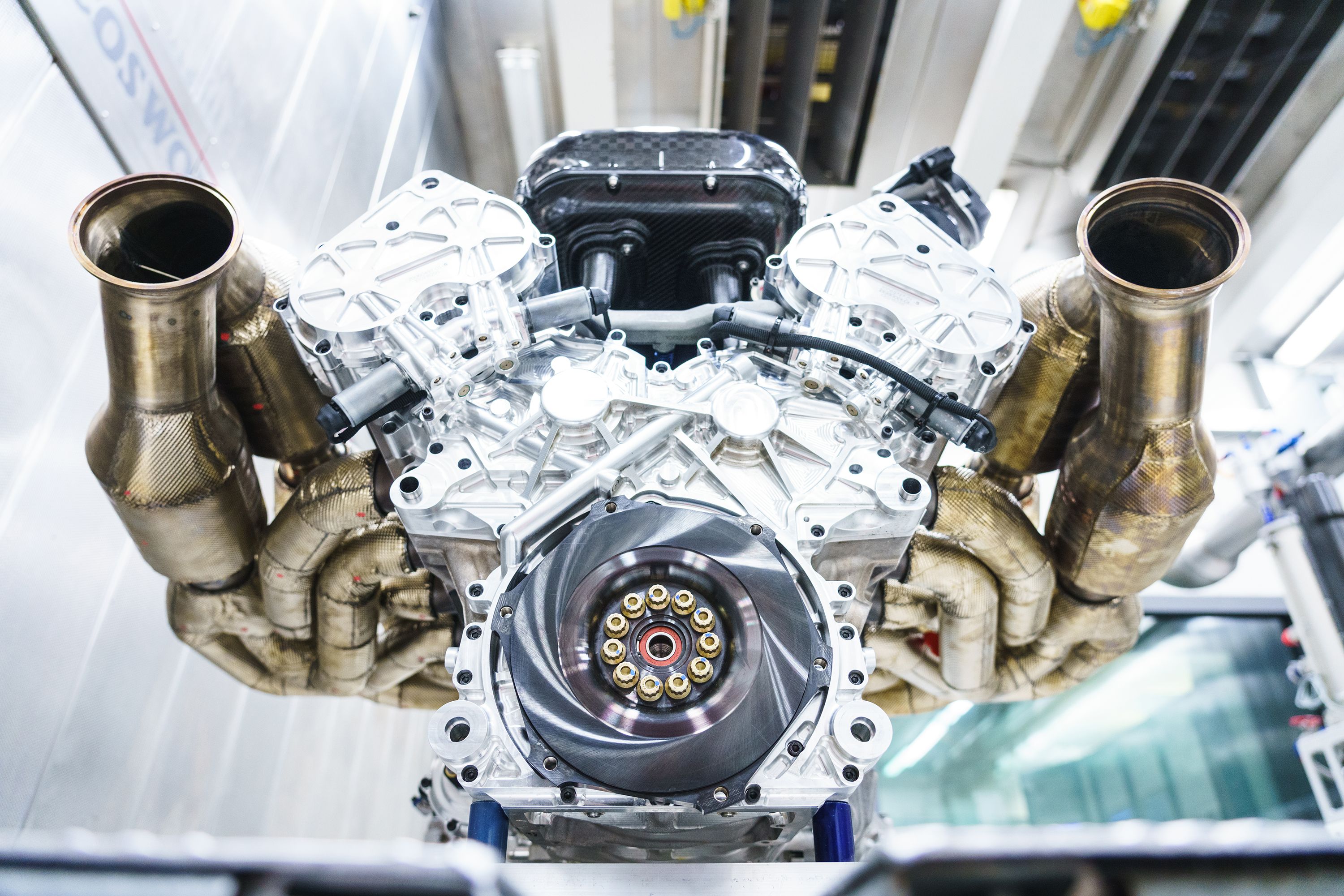 A typically honest comment from Palmer. He’s particularly excited to bring a naturally aspirated V-12 back to Le Mans, and given what we’ve heard from this engine, we’re excited too.

This sort of thing is typical in sports-car racing, where governing bodies try to balance out all the cars in a class to encourage competition. The McLaren F1 GTR had to breathe through a restrictor plate when it raced at Le Mans, and today, the Ford GT’s 647-hp twin-turbo V-6 is modified to make around 500 hp in race trim. With the FIA and the ACO—the two sanctioning bodies behind the WEC and Le Mans—targeting 3:30 lap times from the Hypercars, the Valkyrie can’t run with full power as it will on the street.

On the podcast, Goodwin also spoke to Aston Martin Racing head David King and Aston Martin design chief Marek Reichman about the Valkyrie WEC project. They offer a lot of insight, so be sure to listen and learn more about a very exciting piece of motorsport news.