Would Albon accept AT demotion? 'No, not at all' | F1 News by PlanetF1

Alexander Albon has made it clear that he wouldn’t be happy returning to AlphaTauri should he lose his Red Bull race seat.

Albon is in a race against time to save his current job as number two driver to Max Verstappen.

Although Red Bull initially set a two-race target for Albon to save his seat, Portugal and Imola, that has been extended to the final lap of the very last race of the season.

However, calls to put Nico Hulkenberg or Sergio Perez in the car continue to grow with even Max Verstappen reportedly wanting Hulkenberg as his 2021 team-mate.

Albon is doing his best not to listen to the rumours.

“There’s talk, there’ll always be talk,” said the Thai driver, “but at the end of the day, I know listening to whatever has to be said doesn’t change anything on-track.

“My focus is more on driving and the results more than anything else.

“I know that if I focus on that, all the other stuff will quiet down a bit. These things happen, but I focus on the job and that’s all that matters.”

Should he fail to keep his Red Bull seat there are three options: he would return to AlphaTauri to partner Pierre Gasly, he could take up a test driver role or he could be out of Formula 1 entirely.

Asked if he’d accept a demotion to AlphaTauri, he replied: “No, not at all.

“I think it’s every driver’s dream to race for a top team like Red Bull, and my intention is to stay here.” 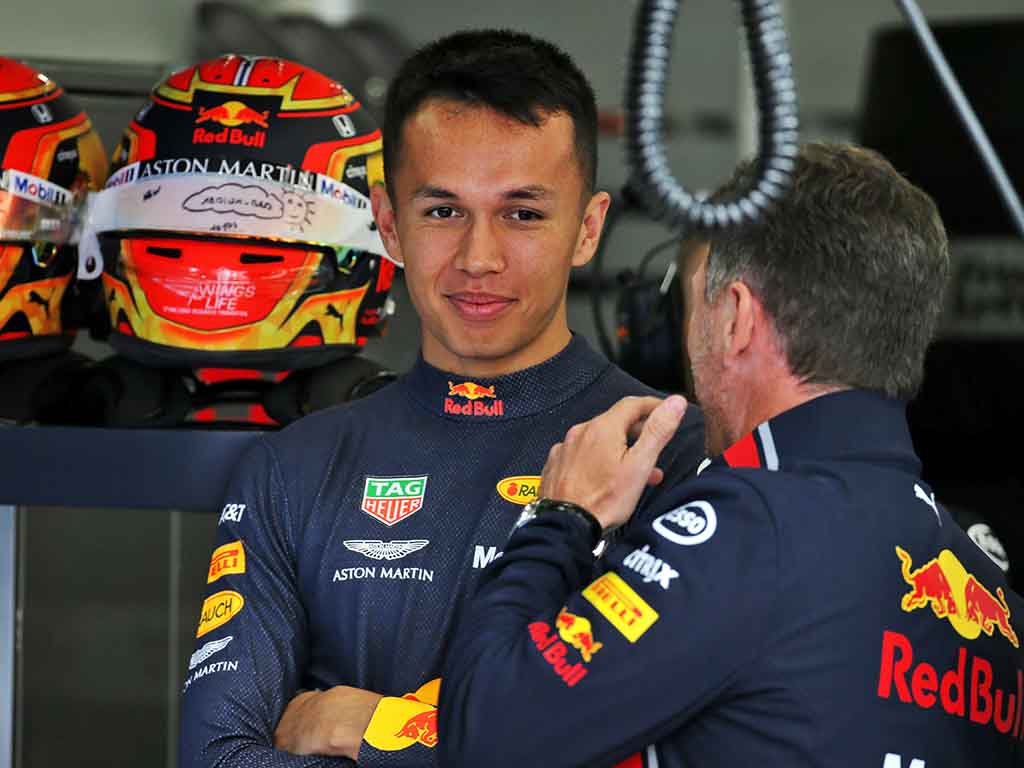 Red Bull meanwhile have made it clear that they want Albon to succeed and continue at the team next season.

“It’s Alex’s seat,” said team boss Christian Horner. “He’s got his bum in the car and everyone wants to see him retain that seat.

“I think he has to block out the outside noise, get his head down, just have a good weekend.”

While AlphaTauri waits on Red Bull to decide its 2021 line up, the junior team is preparing Yuki Tsunoda should a seat be available.