General Motor’s hands-free highway driving system Super Cruise is one of the best, if not the best, assisted driving systems for sale today. Utilizing hundreds of thousands of miles of LiDAR-scanned highways, it allows for hands-free, effortless cruising down the nation’s interstates and regional byways. It is limited to just those high-speed circumstances, though.

That’s all changed today with the official unveiling of Ultra Cruise, GM’s answer to Tesla’s controversial Full Self-Driving system. The system will sit above Super Cruise, offering functionality more in line with what Tesla eventually wants to provide. But the Detroit automaker is taking a step further than the California-based EV manufacturer. Ultra Cruise will use not just cameras but radar and LiDar sensors as well in order to create “accurate, 360-degree, three-dimensional statistical representations of the environment surrounding vehicles with redundancies in critical areas.” The company says it will be good enough for 95 percent of all driving scenarios.

Before we all get too excited, it’s worth noting that Super Cruise is facing setbacks due to the chip shortage and this new system won’t be available on lower-end vehicles in GM’s lineup. Indeed, Super Cruise will likely be the norm for vehicles wearing Chevy’s Bowtie like the Bolt EV and electric Silverado. That doesn’t mean this technology is super far off, though. Far from it. 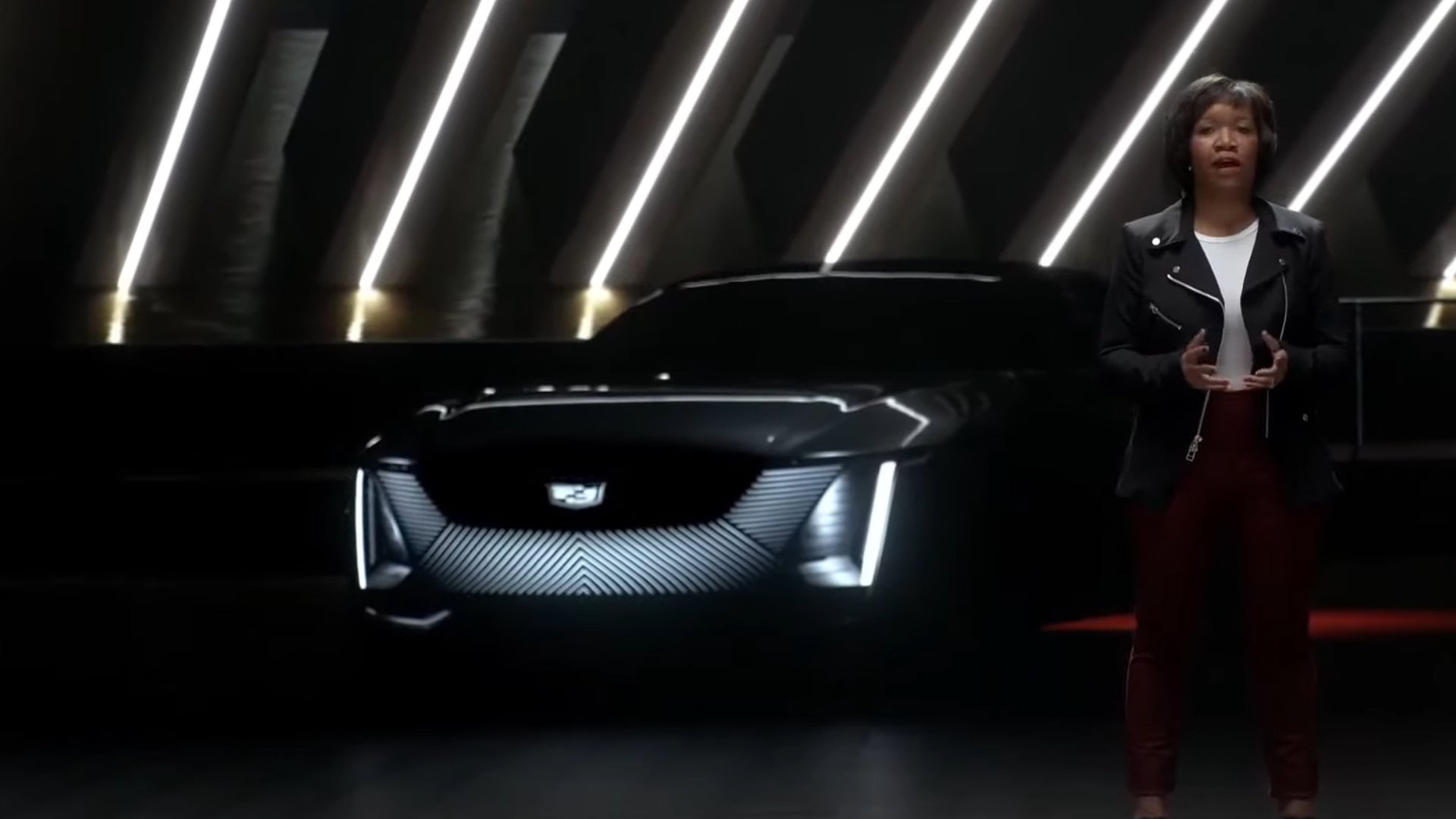 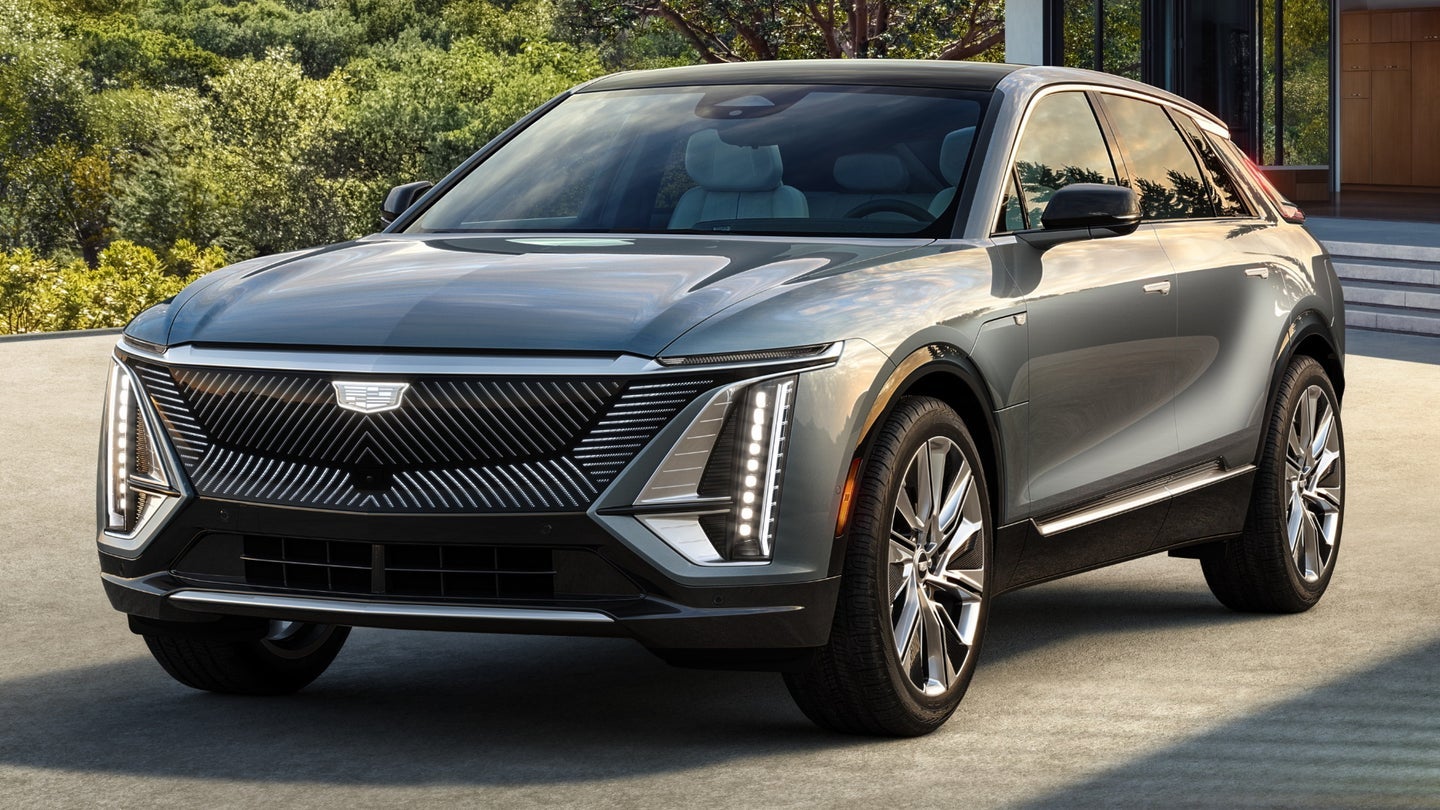 Ultra Cruise is going to be available starting in 2023, which is not far into the future at all. GM says it will be unveiled on Cadillac vehicles first, so we might expect the upcoming Celestiq to be unveiled with the technology on board. It also seems likely that the Lyriq will get the tech in a future update of the vehicle as well, perhaps when it sees its mid-cycle facelift.

Details of the system beyond its capabilities and what cars it will be available on were provided as well. It seems like some form of an advanced head-up display will sit in front of the driver to present vital statistics to them. The nature of this display is not quite clear—no detailed images were provided—although the company says it will be called the “Ultra Cruise Dynamic Display,” and that it is “a freeform display directly in the driver’s line of sight.” Interestingly, it seems like it might have an augmented reality component to it, with the press release stating the system “shows drivers that they and the system are seeing the same thing.”

On paper, this sounds really close to full autonomy, however, the release makes it clear that Ultra Cruise is more like a very advanced version of Super Cruise, not a totally autonomous system. There will still be that five percent of scenarios where the driver is expected to have control, even if the system will eventually cover over 3.4 million miles of roads like GM says it will. As such, Ultra Cruise uses the same eye-tracking camera system like Super Cruise to ensure the driver remains attentive, even if their hands are off the wheel itself. 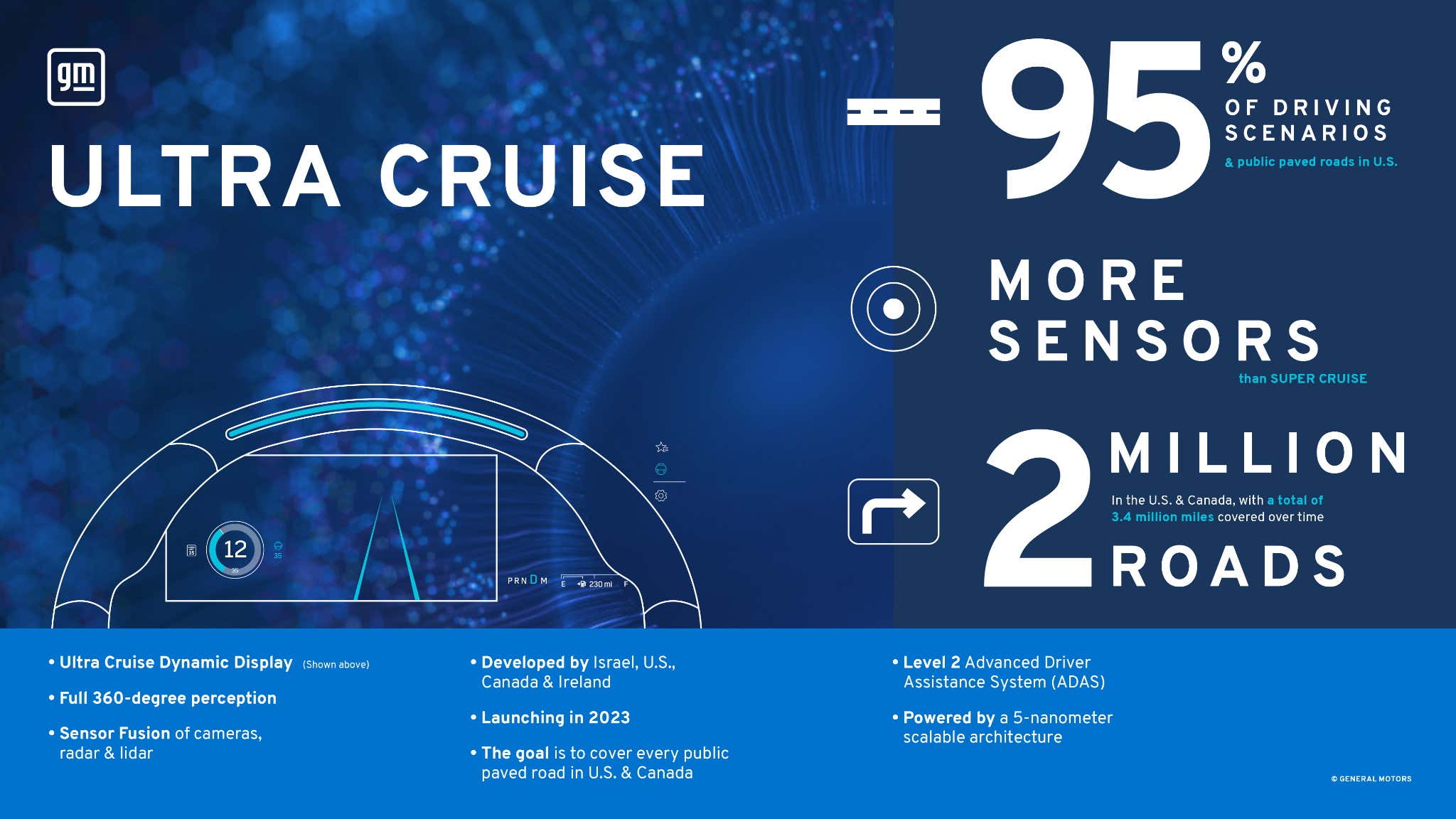 GM says much of the data the system collects will be available to view via an app in the center display of Ultra Cruise-equipped vehicles. In this app, the driver will be able to view trip history, usage statistics, and more. It’s unclear if the app or the Ultra Cruise system itself will require a subscription to access. GM has rolled that out for Super Cruise-equipped vehicles.

But whether it requires a monthly payment or not, Ultra Cruise will likely be worth spending money on. Even just a highway-assistance system like Super Cruise is a godsend on the Interstate, and a more capable version of that will doubtlessly allow for more relaxed driving in a multitude of otherwise stressful scenarios like traffic, long trips, and more. Needless to say, we can’t wait to get behind the wheel. A “door-to-door hands-free driving” is something we want to see for ourselves.