Regent No. 1 Retro-Styled Electric Motorcycle To Debut In 2020

Sweden-based Regent Motorcycles is an electric motorcycle manufacturer that recently showcased the company’s first product – the retro-styled Regent No. 1 electric motorcycle. The production prototype was unveiled on May 10, 2019 at the MC Massan Swedish Motorcycle Fair, and encouraged by the response the Regent No. 1 received at that event, the company now intends to ramp up production for a commercial launch of the Regent No. 1 by May 2020. The bike is priced at 9,500 Euros (around ₹ 7.5 lakh) with a 10 per cent discount for the first 100 bikes and Regent is already accepting pre-orders on the company’s website. 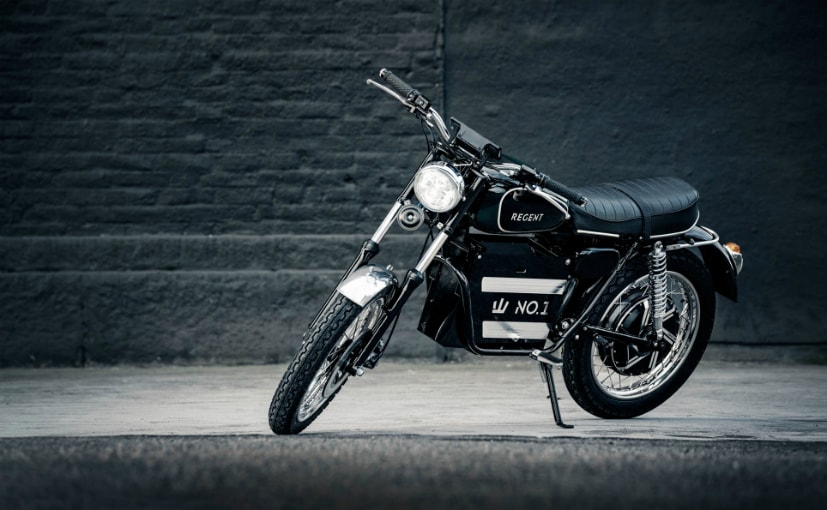 The Regent No. 1 has a claimed range of 150 km on a single charge

The Regent No. 1 is powered by a rear hub motor which can produced around 11 bhp of power upto 20 bhp, and has a top speed of 120 kmph. The battery is a 72 V and 80 Ah pack, offering 6 kWh capacity, and is said to offer a range of 150 km on a single charge. The bike weighs around 130 kg, and has a steel frame, standard telescopic fork and dual rear shocks featuring chromed out coilover springs. The 18-inch spoked wheels come standard with disc brakes with ABS and regenerative braking.

Despite the retro-styling, the Regent No. 1 comes with a host of modern technology. The instrument panel is a digital touch screen infotainment system, and the bike includes built-in GPS as an anti-theft device which powers the geofencing feature. The price tag is a bit on the higher side, and Regent Motorcycles is actively looking for investors as well. If the Regent No. 1 gives any indication, the next range of electric motorcycles from Regent will be interesting to see what they offer, both in terms of technology and features.

Here's the new Land Rover Defender, for real this time