Cheap electric vehicles are surprisingly easy to get a hold of. All you have to do is completely lower your requirements for range, comfort, and safety, and you’ll realize the sub-$5,000 EV has been in reach for years. Equally, every other week a probably-German manufacturer announces a new uber-expensive luxury sedan, or some giant American off-roader gets the battery treatment for the sort of money that rivals ’90s rap video budgets.

The 2022 Chevy Bolt EV is looking to up your standards, then. It’s a borderline-cheap electric car that costs a skosh more than the Nissan Leaf that proved just how well the mass-market battery-powered vehicle can work. Thing is, it’s got more range as standard, and not by a little bit—the Chevy packs 259 miles of range for $31,995 while the Leaf manages just 150 miles in base form at $31,670. Even in its most capable spec, the Leaf tops out at 226 miles of range. 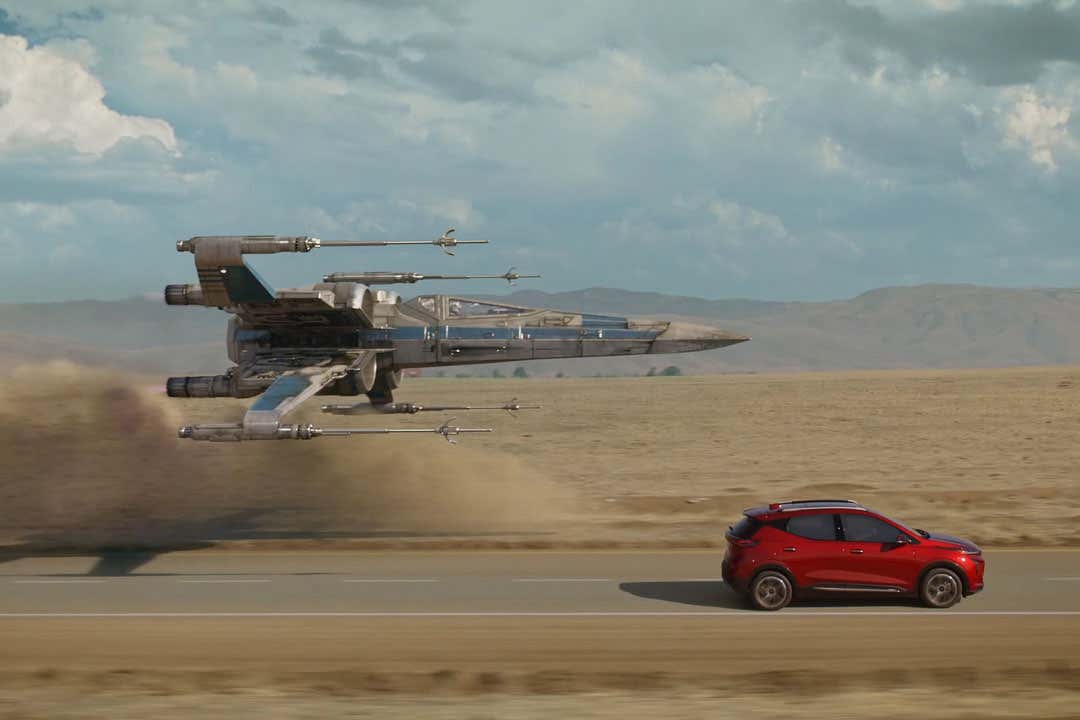 Use the (market) force, Luke

Tesla may make the EV headlines but the best-selling electric car worldwide is the aforementioned Leaf. There’s no big secret to it: the Leaf is a widely-available, much cheaper vehicle that, despite early limitations, was the first really viable electric car. Nissan has great secondhand support for it and as there are so many out there relative to other EV models, it’s easy to get fixes now for everything from minor battery issues to full powertrain failures. That only serves to tilt the odds in the Leaf’s favor when you’re working out which EV to buy.

The 2022 Bolt EV and EUV are launching at Disneyworld with a Star Wars-seasoned tie-in. Which, if you’re talking about sensible ways of getting lots of cheap stuff into the market, Star Wars is a great example. The movies cost zillions but George Lucas made his by putting toys on the market that anyone could buy and everyone wanted.

At the virtual Bolt launch, Chevy made it very, very clear that it wants to make the EVs everyone can realistically buy. It isn’t making world-beating, lap-record-smashing supercars; its mission is to push forward EV technology by producing it in a way that gets people to adopt it. 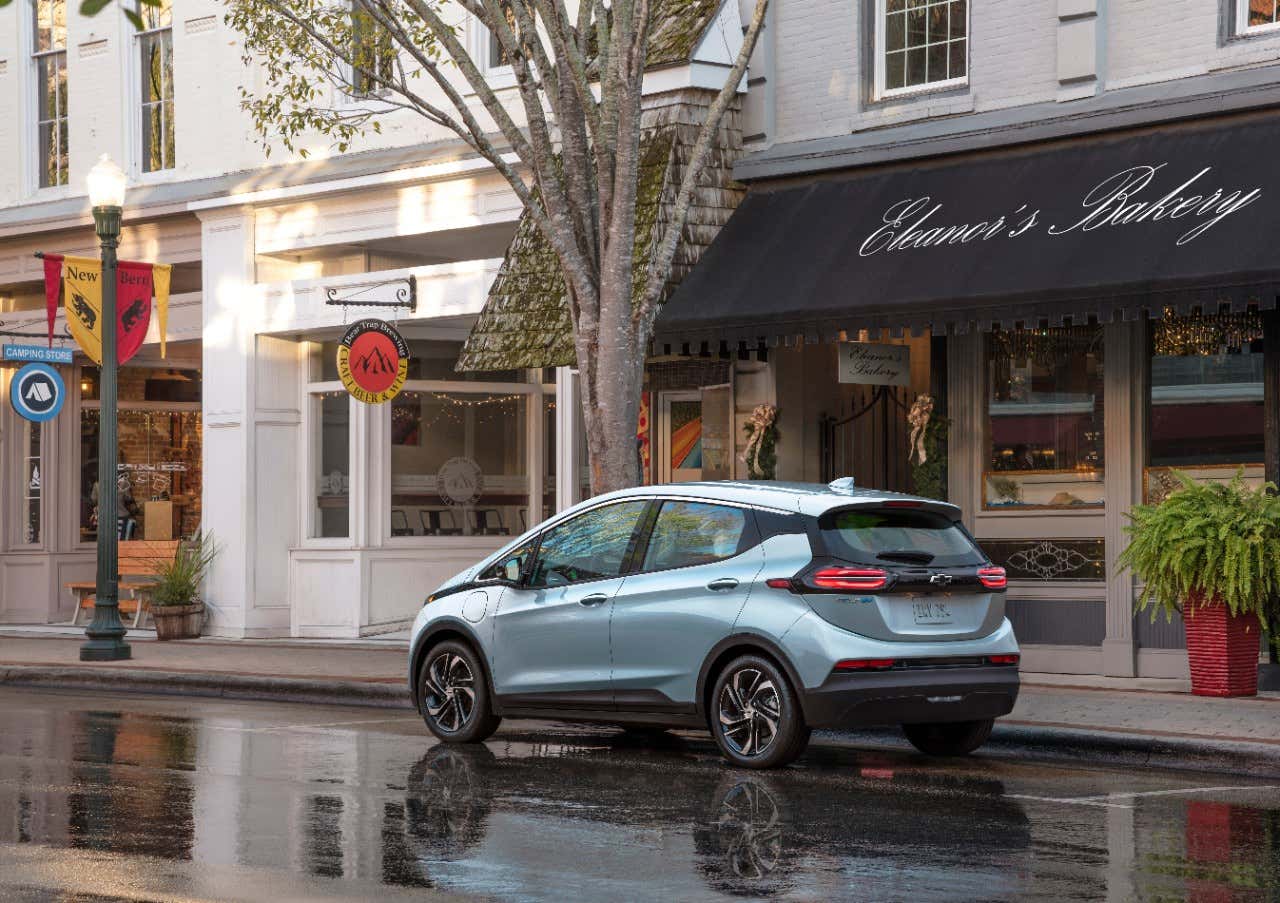 Range tends to get cited as the issue for EV take-up because it’s an easy stat. Plenty of people say “I won’t buy an EV until they can do 400 miles,” but it’s an idle threat because the fact is, the vast majority of us can’t afford an EV. Most people can’t afford a new car at all but even if you’re looking, the fact that EVs are pricier than their internal combustion alternatives will always tilt the comparison away from them, except with major government incentives.

GM and, by extension, Chevrolet are out of those incentives. The $7,000 tax credit for a new EV is limited to 200,000 per manufacturer and they ran out in March 2020. This makes the fact they’ve carved nearly $5,000 off the new Bolt EV’s price all the more impressive, especially as they say they’re not cutting a loss to make a market share gain with it.

Having produced the Bolt since 2016, Chevy knows what it’s doing with it and has efficient supply chains. The automaker didn’t redevelop the battery or the powertrain from 2021 and it’s not going to move the Bolt to the more premium Ultium battery platform; it’s going to focus on keeping the price low and selling volume. 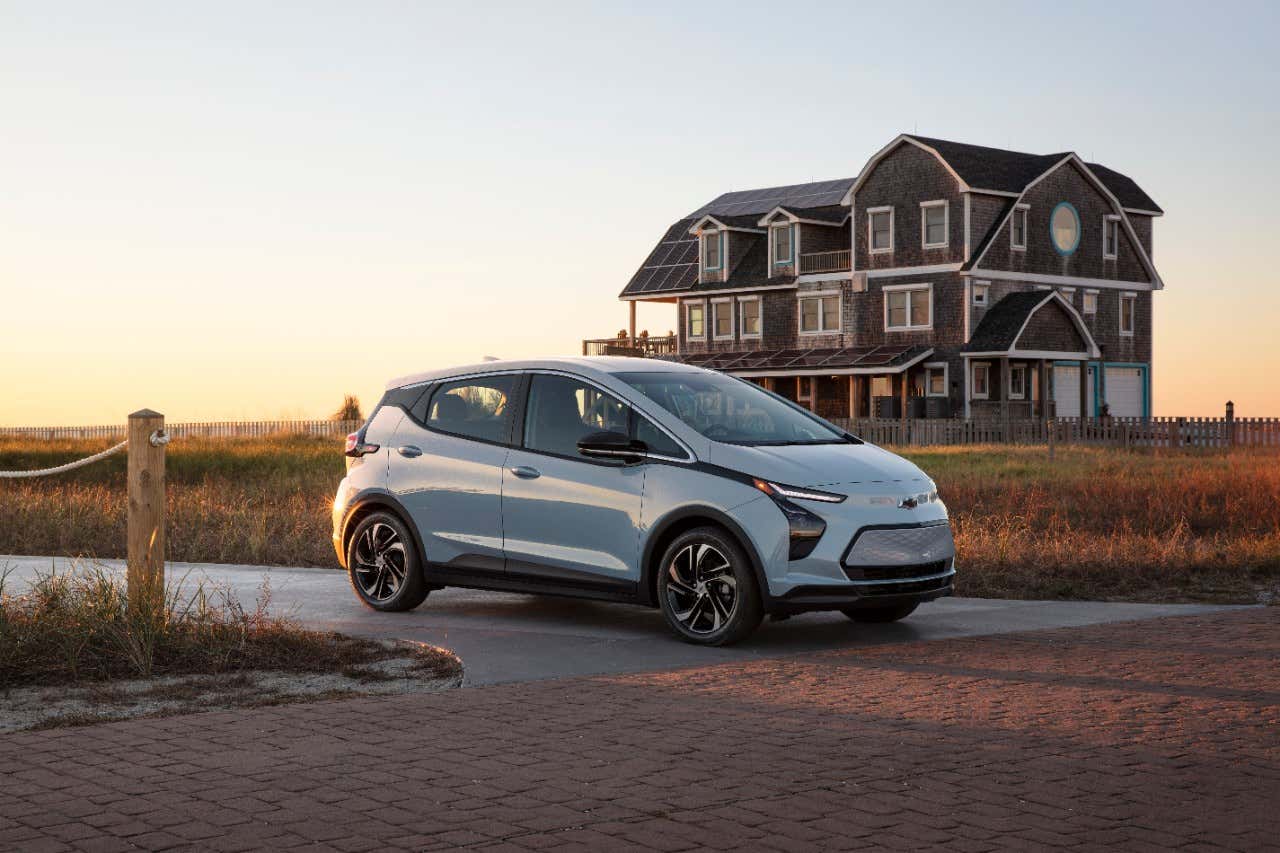 The Bolt EV’s not a bad car. Chevrolet says it estimates 259 miles of range for the 2022 model, which is a lot more than a standard Leaf. The Nissan Leaf S, the model that just pips the Bolt in price terms at $31,600, only manages a pretty meager 150 miles on its much smaller battery.

Chevrolet has also put a lot of effort into making the car feel
good. Infotainment updates, more luxury interior design, all-LED displays and lights are part of the cosmetic updates that just make it nicer. In essence, it’s more broadly likable than just a curiously good-value EV for someone enthusiastic to find a way to make the sums work.

If you want to splash extra for additional legroom, you can buy the Bolt EUV and even get it kind of dressed-up as a crossover, without the price tag. It’s an illusion of luxury but one that, to be fair, is also just quite a good car with a very decent reputation, at a cost that pushes it into a lot more people’s consideration than a Model 3 or maybe a Model Y. At the end of the day, the competitive stats of supercars aren’t what sells the average person a car, it’s whatever the best thing they can actually get hold of and afford is.

Which is why Chevrolet’s commitment to sell the 2022 Bolt EV in all 50 states and include DC rapid charging installation at the time of sale is important. Although the brand admitted stock will have to be allocated more towards big markets like San Francisco, the idea is that this Bolt should be a car Chevy—and you, as the buyer—can see anywhere.

$31,995 is still quite a bit of money and outside a lot of people’s budget. But this is a car website where we casually compare $100,000 or more cars as though it’s a serious consideration most readers would need to make for a purchase, not a fairly theoretically-based game of automotive top trumps for the vast majority of us.

The Bolt is a good car by being good enough—and budget enough—that it starts making sense. That’s the tipping point EVs have been looking for, more than the 400-mile range mark, and if Chevy succeeds in getting buy-in, by next year it might not matter whether the car’s fast-moving on a drag strip compared to how quickly it’s getting out the factory.

Who Needs a Boat When You Could Have an Amphicar?