The 2023 Subaru Solterra Is the First-Ever Subaru EV

Subaru teased its first-ever electric vehicle in late August when it released a couple of photos of the upcoming 2023 Subaru Solterra. Now, we get to see a bit more of it, as the automaker has released the Japanese version of the electric crossover.

What’s been unveiled in Tokyo isn’t the car for the U.S. market, as you’ll probably notice from the steering wheel being on the wrong side. This is the Japanese version, so there’s no guarantee that the U.S.-bound Solterra set to be unveiled at the Los Angeles Auto Show next week will be identical, but it’s very likely the majority of the car will be the same.

Unsurprisingly, it looks a lot like the Toyota BZ4X, right down the shaping of that distinctive front end. But where the BZ4X looks meanly futuristic, the Solterra has a more of a chill, pack-your-camping-gear-into-the-roof-rack vibe to it. This makes sense as a branding differentiator between Toyota’s performance cars and Subaru’s adventurous background. 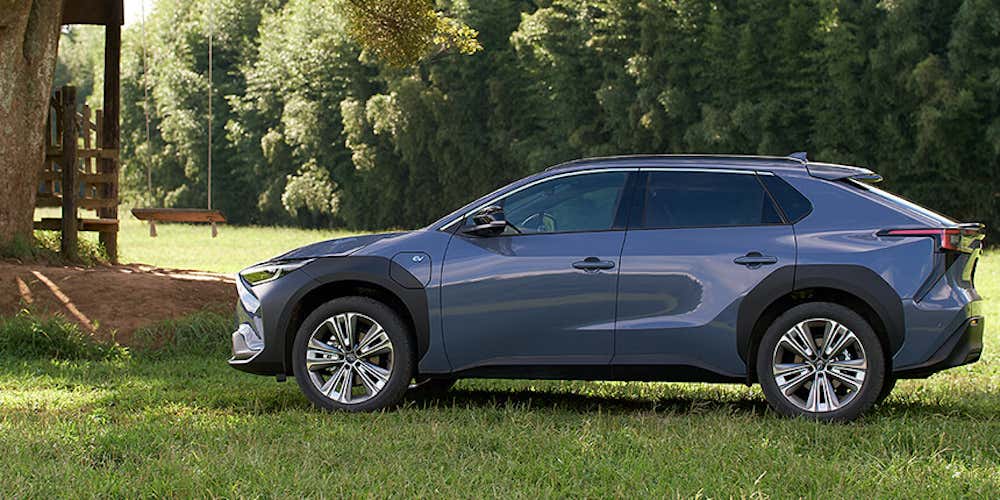 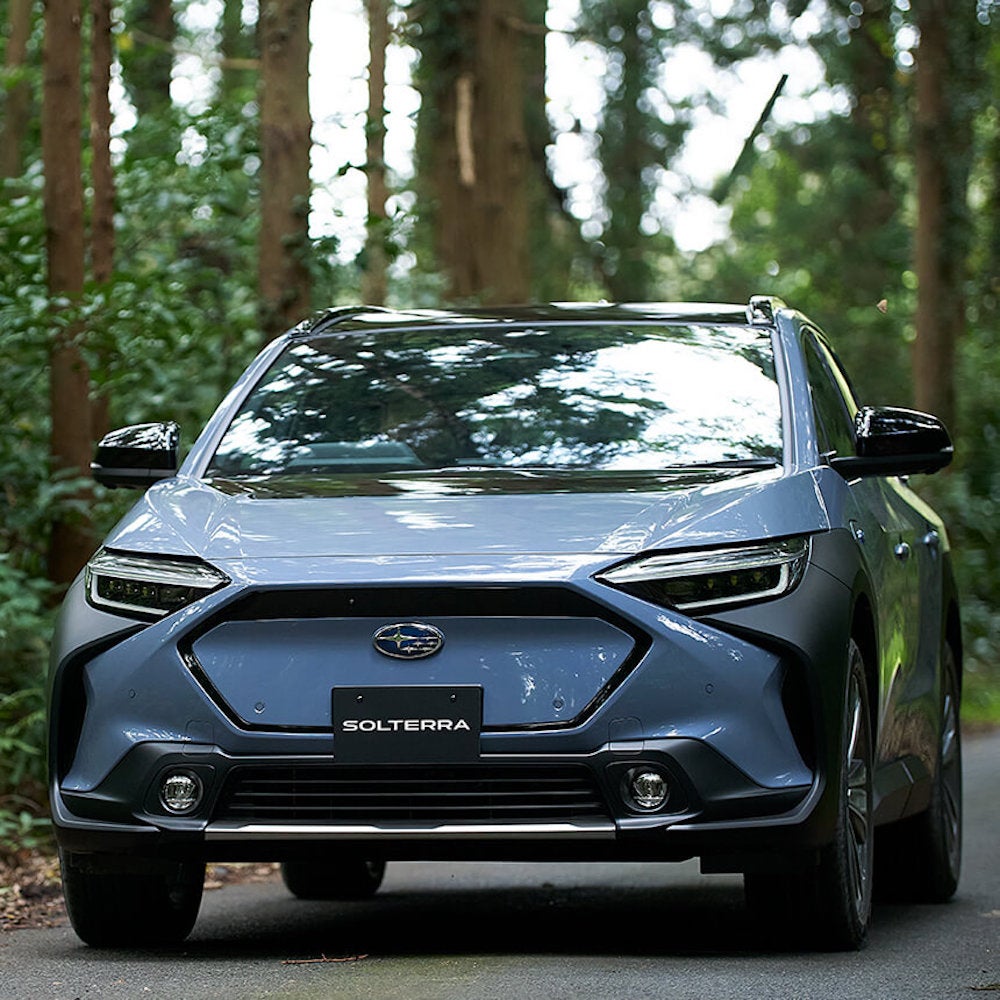 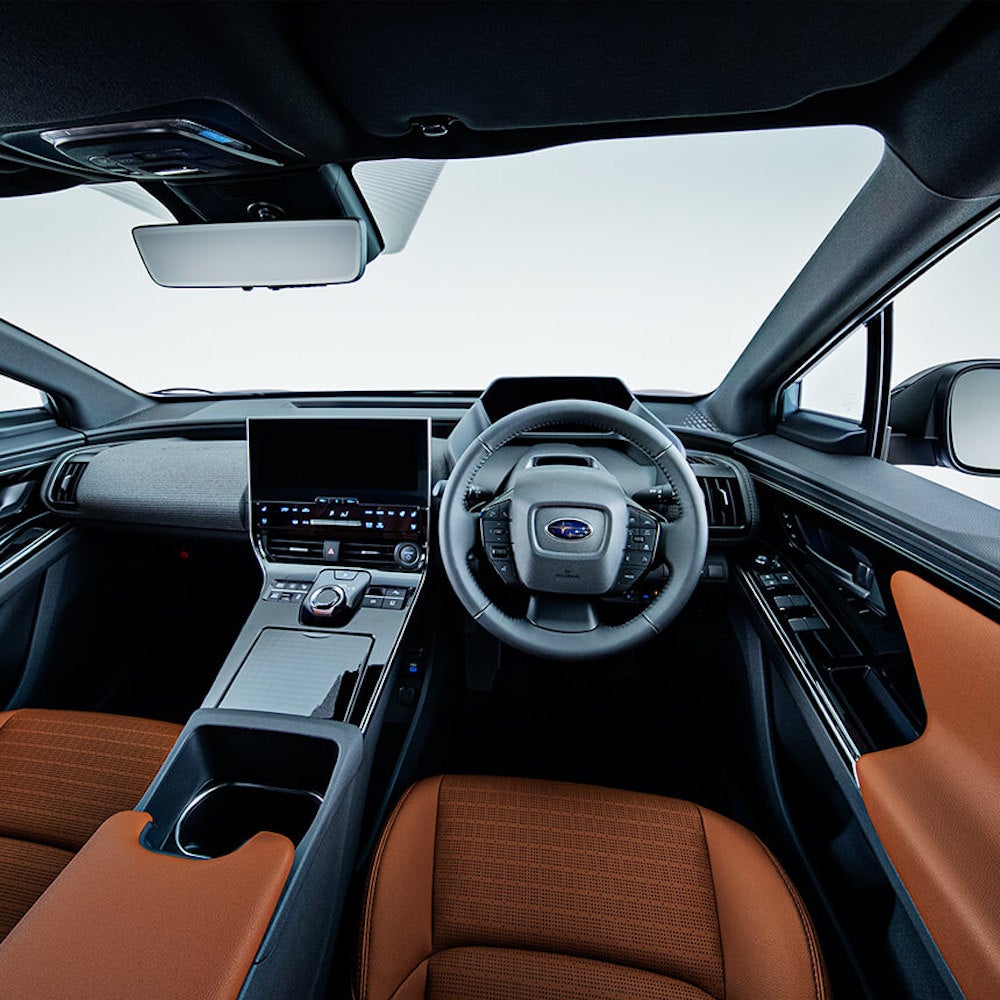 Beyond that, there’s not a lot to tell the difference between them. The Solterra is being listed with the same performance figures as the BZ4X; although it hasn’t divulged a driving range number yet. It’ll be interesting to see what that turns out to be, given the Toyota BZ4X’s claimed 310 miles.

The range is partly dictated by battery size, power output, and efficiency, but Toyota has much more experience than Subaru in programming regen braking systems (the Prius, after all, has had that down for a while), so unless the two automakers are going to completely share all the same programming for powertrain and battery management, Toyota could likely deliver better range.

One significant difference so far is that the Solterra doesn’t threaten your good time with a yoke steering wheel, unlike the BZ4X, which might be something to watch out for when the U.S. model drops. The one photo of the interior looks pretty good, with jazzy orange leather drawing the eye, but the cabin looks sensible enough—including only a fairly restrained touchscreen in the center.

Got a story tip? Mail it in on [email protected]

Why I booked an MG ZS EV