Toyota Has a New EV Strategy. Here’s Where We Think It’s Headed

For 20 years, Toyota rejected the very idea of EVs. The world’s most profitable large automaker argued that its gasoline hybrids would be the best and most practical way to slash vehicle emissions. Until, that is, its hydrogen fuel-cell cars were ready for primetime in 2030 or so.

But my, what a difference a few years makes. A few years saw the birth and rise of one specific California startup carmaker in particular: Tesla—which has hundreds of thousands of devoted fans, millions of cars on the road, and is likely to become the first ground-up U.S. carmaker in almost 100 years to survive. Toyota’s decades-long bet made it the leader in hybrids, granted. But that didn’t do a thing to make it an EV leader—where, in fact, it trails most other makers. Now it has to play aggressive catchup.

In mid-December, Toyota CEO Akio Toyoda presented his company’s new and expanded plans to boost its production of battery-electric vehicles. For the sake of summary, there were a lot of big-production and big-dollar promises. In the 25-minute media briefing, Toyoda set a goal of 3.5 million battery-electric vehicles a year by 2030 (out of Toyota’s 10 million total globally), through no fewer than 30 different Toyota and Lexus models in all market segments. And in total, he pledged a whopping $70 billion toward electrification. 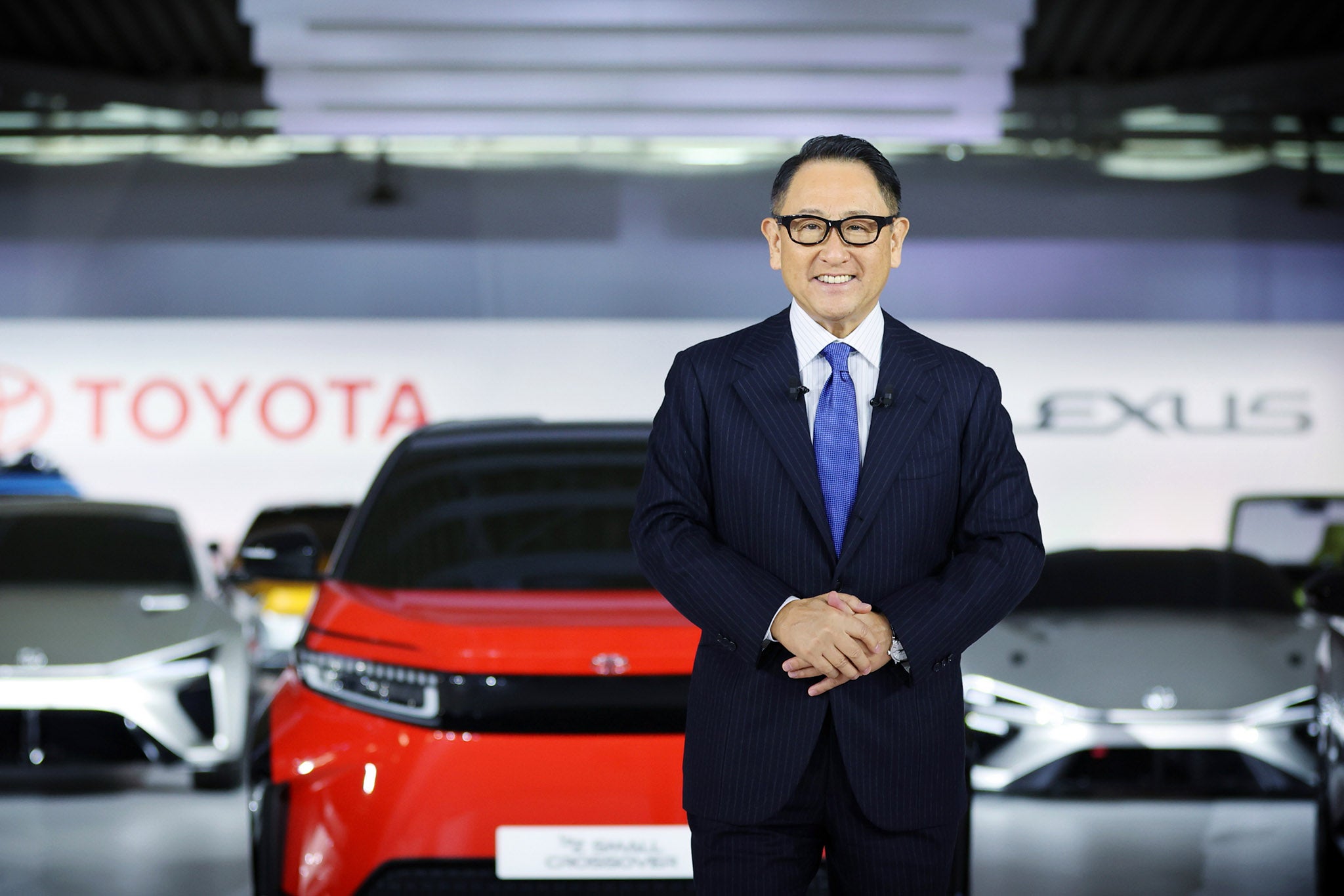 What’s it all mean? And how should we contextualize Toyota’s promises, especially through the lens of an automaker that seems to have been dragged reluctantly toward building battery-electric cars in the first place?

The amount of money automakers have committed to electric vehicles over the last two years is still staggering.

In July, Stellantis held an Electrification Day (modeled on Tesla’s Battery Day, perhaps?), in which it announced its own investment in EVs of $35 billion globally. This fall, General Motors and Ford engaged in sequential one-upmanship over which Detroit maker would invest the most in EV battery and assembly plants right here in the U.S. (Stellantis then followed just days later with its own plans.)

Battery plants and dozens of all-EV models have been announced throughout Europe, too. (And that’s not even addressing China—which plans to dominate the global EV battery supply just as it already does photovoltaic solar cells and small-format lithium-ion cells.) The list of automakers’ global EV commitments seems to swell every month. Here’s our list, in ascending order and current at the time of this writing: Nissan: $18 billion, Ford: $30 billion, Stellantis: $35 billion, GM: $35 billion, and Volkswagen: $59 billion.

Then came Toyoda’s $70-billion announcement that tops that of any other OEM. The commitment made waves in the financial press, and some commentators interpreted it as Toyota conceding that EVs are the future. 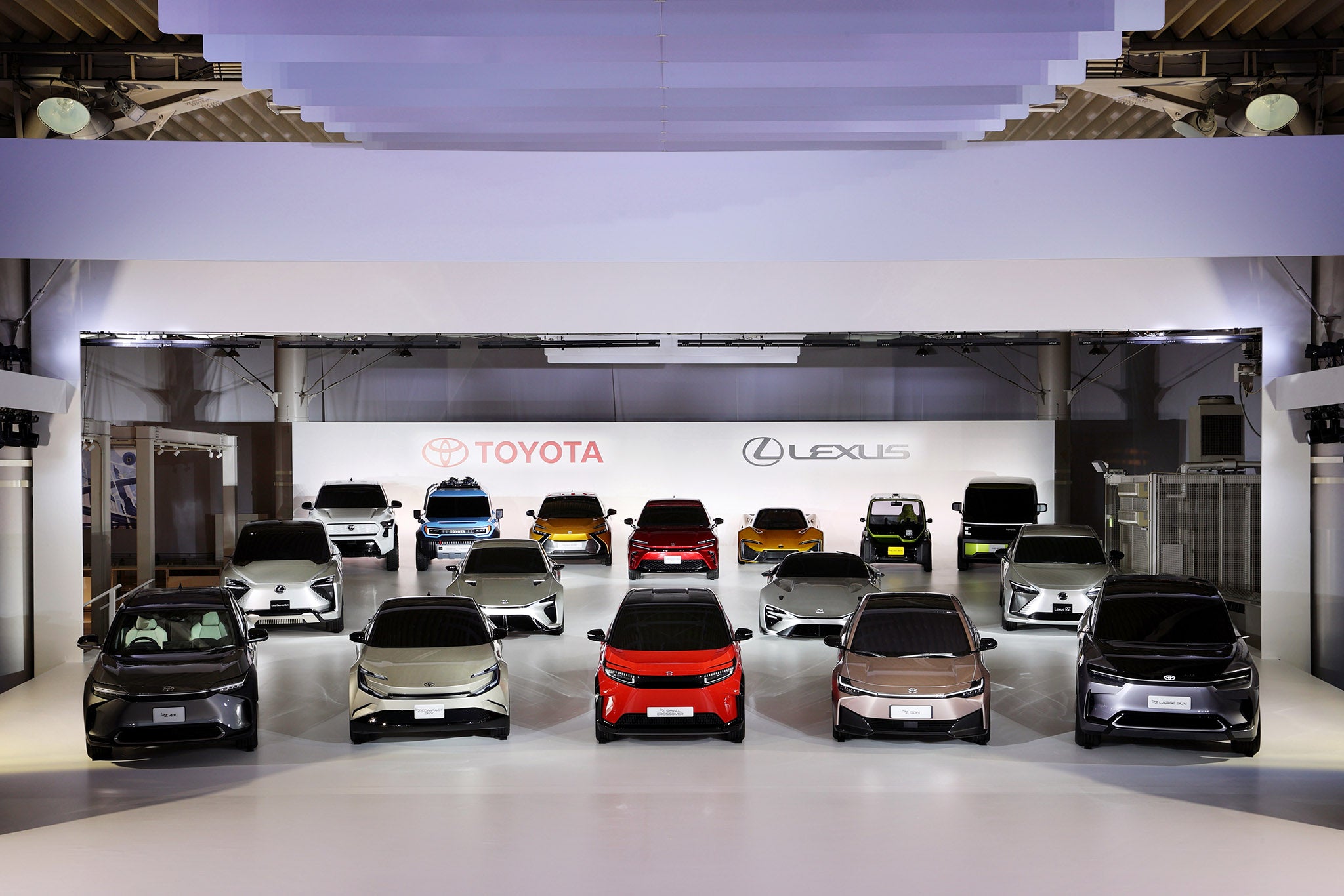 That number, however, comes with a huge caveat: It’s for “electrified” vehicles, as are some of the other makers’ commitments as well.

That Word Does Not Mean What You Think It Means

Contrary to much media interpretation over the years, “electrification” doesn’t mean electric cars. It means cars with an electric motor somewhere inside the drivetrain—of which the majority will likely be the regular Toyota hybrids we’ve seen for 20 years now or their plug-in hybrid variants.

Still, Toyota specified it will spend $35 million on battery-electric vehicles alone. That represents a substantial scale-up of its previous ambitions for EVs, even if it puts the company only neck-and-neck with GM. Both remain considerably behind VW Group, which has put more funding toward EVs than any other major maker—and is thus making the biggest and riskiest bet on its future.

Toyota’s commitment is notable, however, because the company has been the largest automaker fighting what many now see as an inevitable transition from gasoline engines to battery-powered vehicles. It is finally a recognition that EVs are going to be a major part of most of its markets, at varying rates, and that it will happen this decade.

Toyoda’s presentation was the latest of a few plans that increased EV production over the next six years. It reiterated themes the company stressed hard during the November U.S. media debut of the 2022 Toyota bZ4X electric SUV: “It is difficult to make everyone happy with a one-size-fits-all option,” Toyoda said (in translation), so the company intends to offer as many lower-carbon options as possible globally. That means hybrids first, plug-in hybrids second, pure EVs third, and, of course, hydrogen fuel-cell vehicles as well. 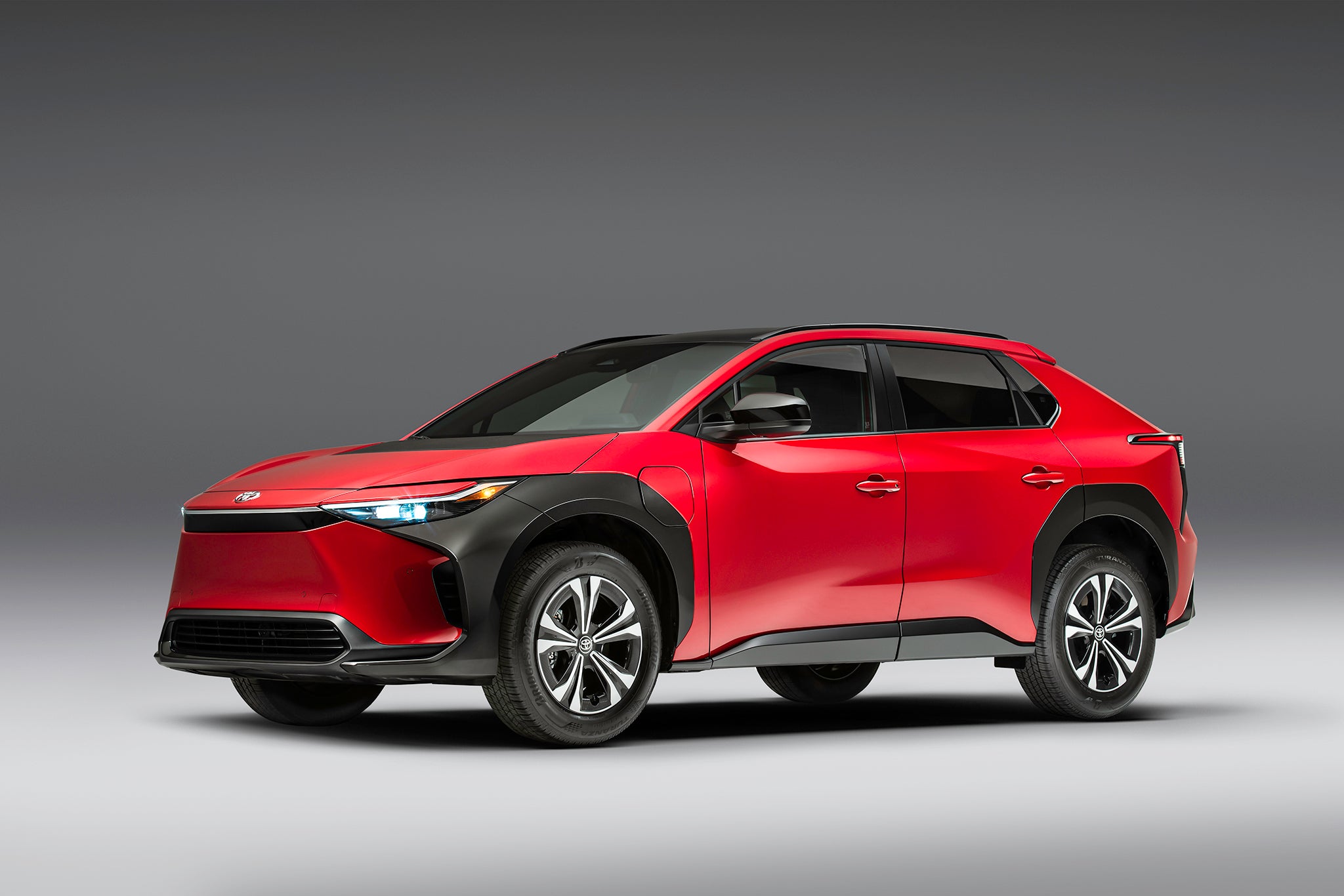 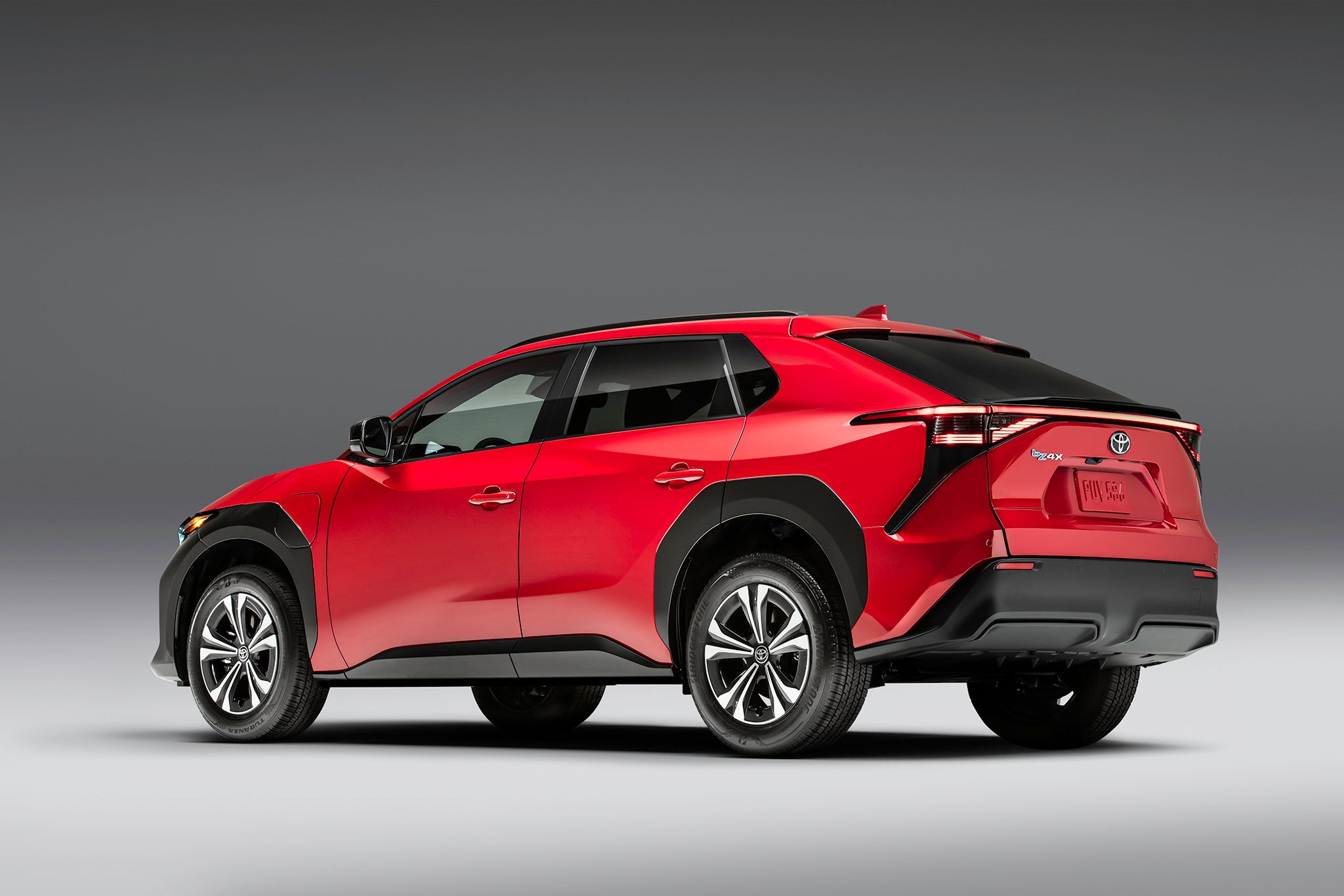 There’s some logic behind that: A vehicle that requires no adjustments to driver habits (as plugging in at night does) may be an easier sell. And as the fuel efficiency of a Toyota hybrid vehicle is substantially better than the same car powered by a conventional, non-hybrid engine, selling more hybrids will indeed lower overall carbon emissions.

But Toyoda neglected to mention that EVs are not only zero-emission, but they get cleaner over their lifetimes every time their charging grids decarbonize—whether by adding renewables or replacing coal plants with new and efficient natural-gas generation. Toyoda said the company plans to focus on two technologies: “Carbon-Reducing Vehicles”—presumably hybrids that reduce the CO2 per mile of gasoline transportation—and “Carbon-Neutral Vehicles.”

A vehicle that is fully carbon-neutral is a high bar indeed when you take into account the manufacturing footprint plus the energy sources that go into powering them—even more so for hydrogen vehicles, where the mirage of zero-carbon “Blue Hydrogen” fuel made at scale entirely from renewable energy remains a faraway dream. (It’s notable that Toyoda’s first mention of hydrogen vehicles came at minute 19 of the 25-minute briefing, and that the second-generation Mirai didn’t even rate a mention.)

The CEO presented in front of a row of five “Beyond Zero” vehicles, including the 2022 Toyota bZ4X compact SUV unveiled at the LA Auto Show. The other four included a much sleeker “coupe SUV,” a small SUV for Europe and Japan, a midsize sedan (think Camry), and a large SUV with available third-row seating (think Highlander). At about nine minutes in, a second curtain opened, adding 11 more vehicles for a total of 16 EV concepts from both Toyota and also its Lexus luxury brand. 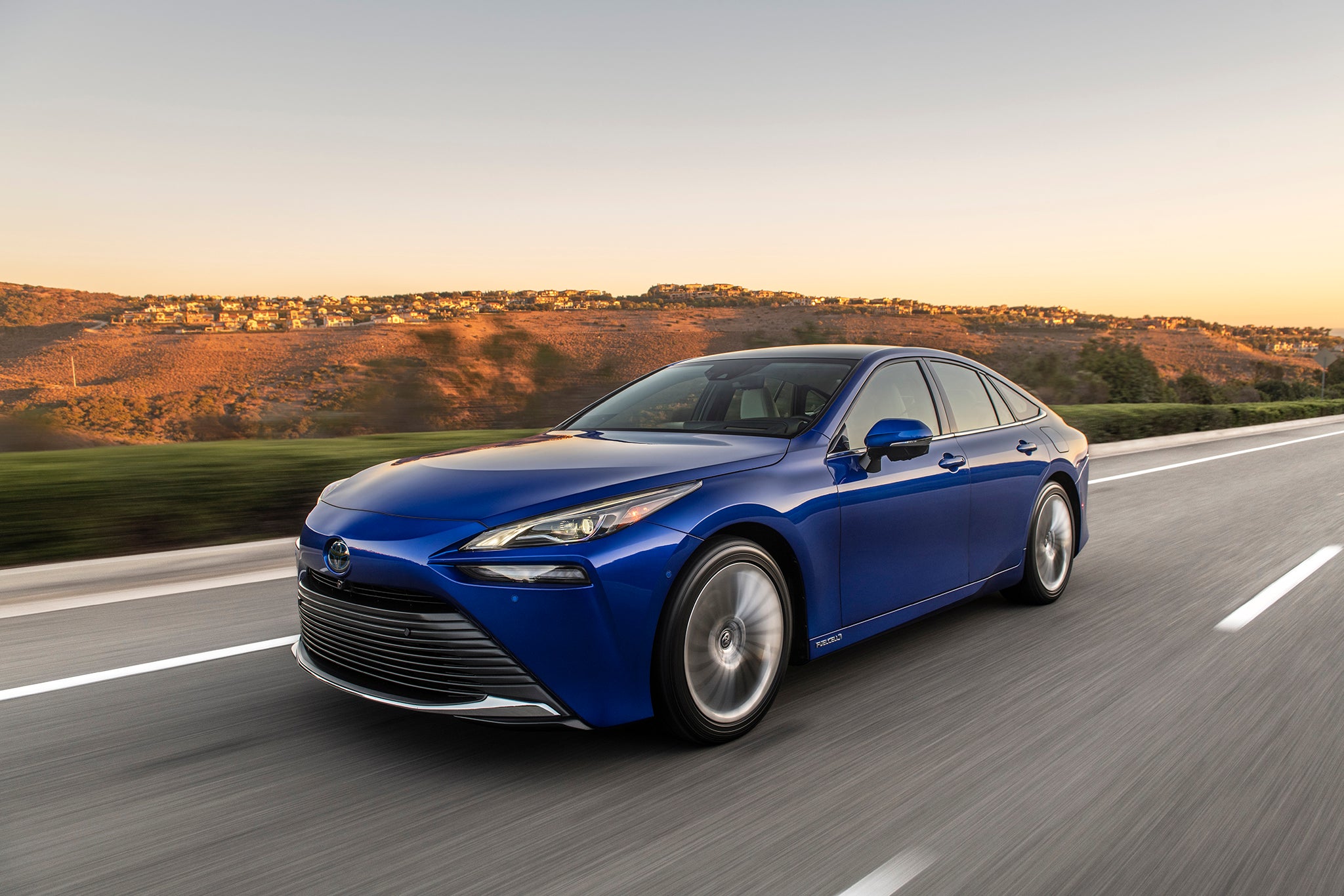 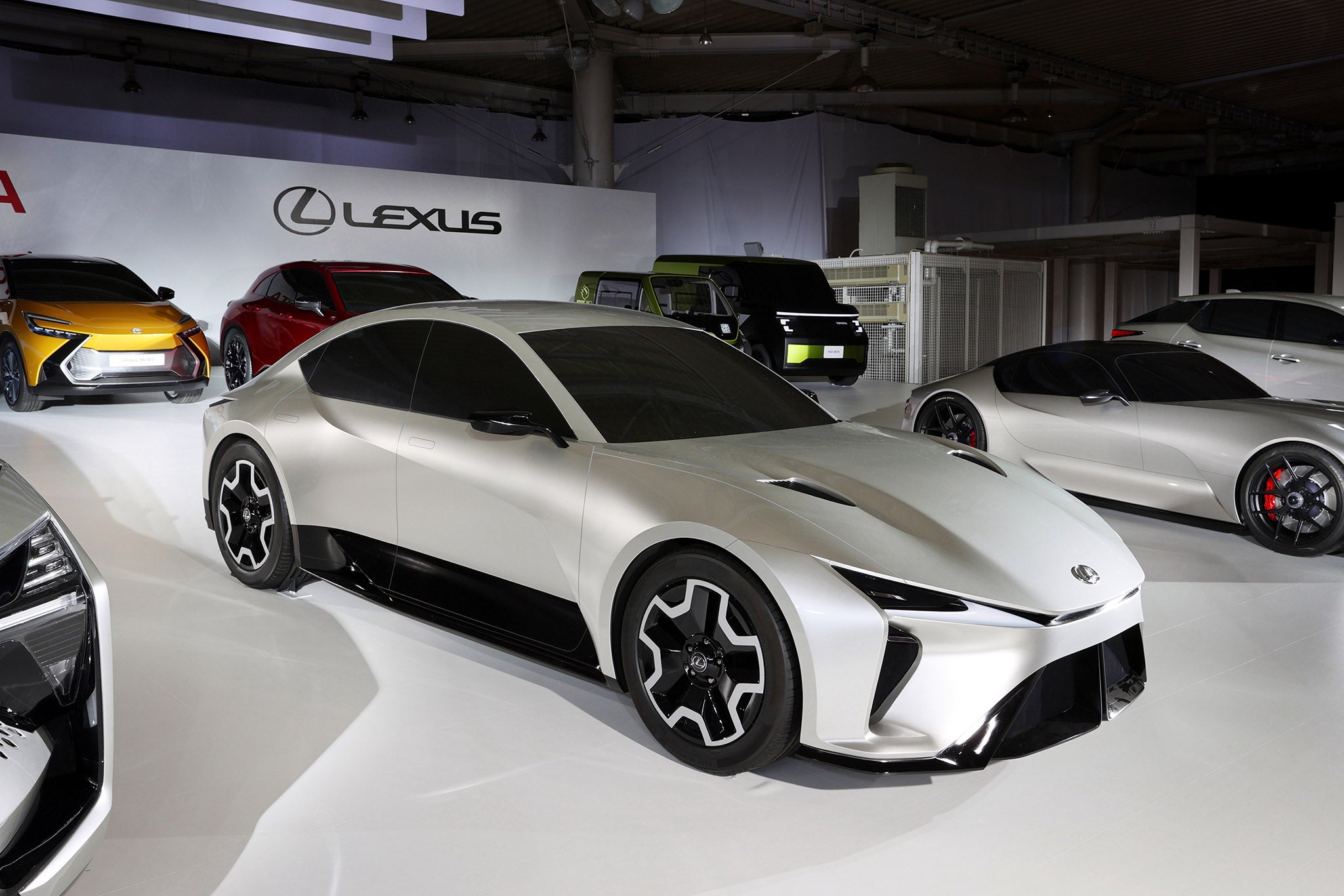 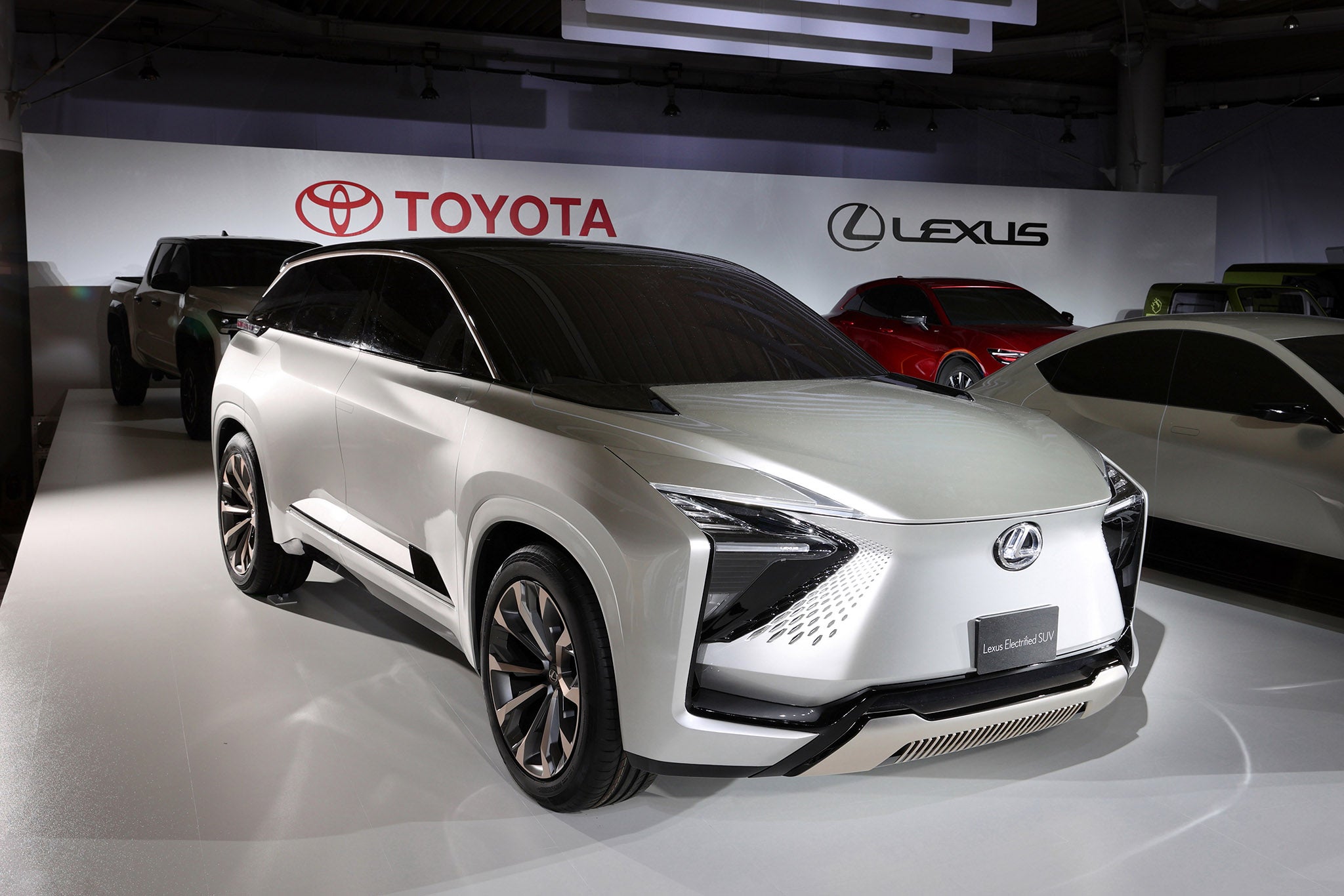 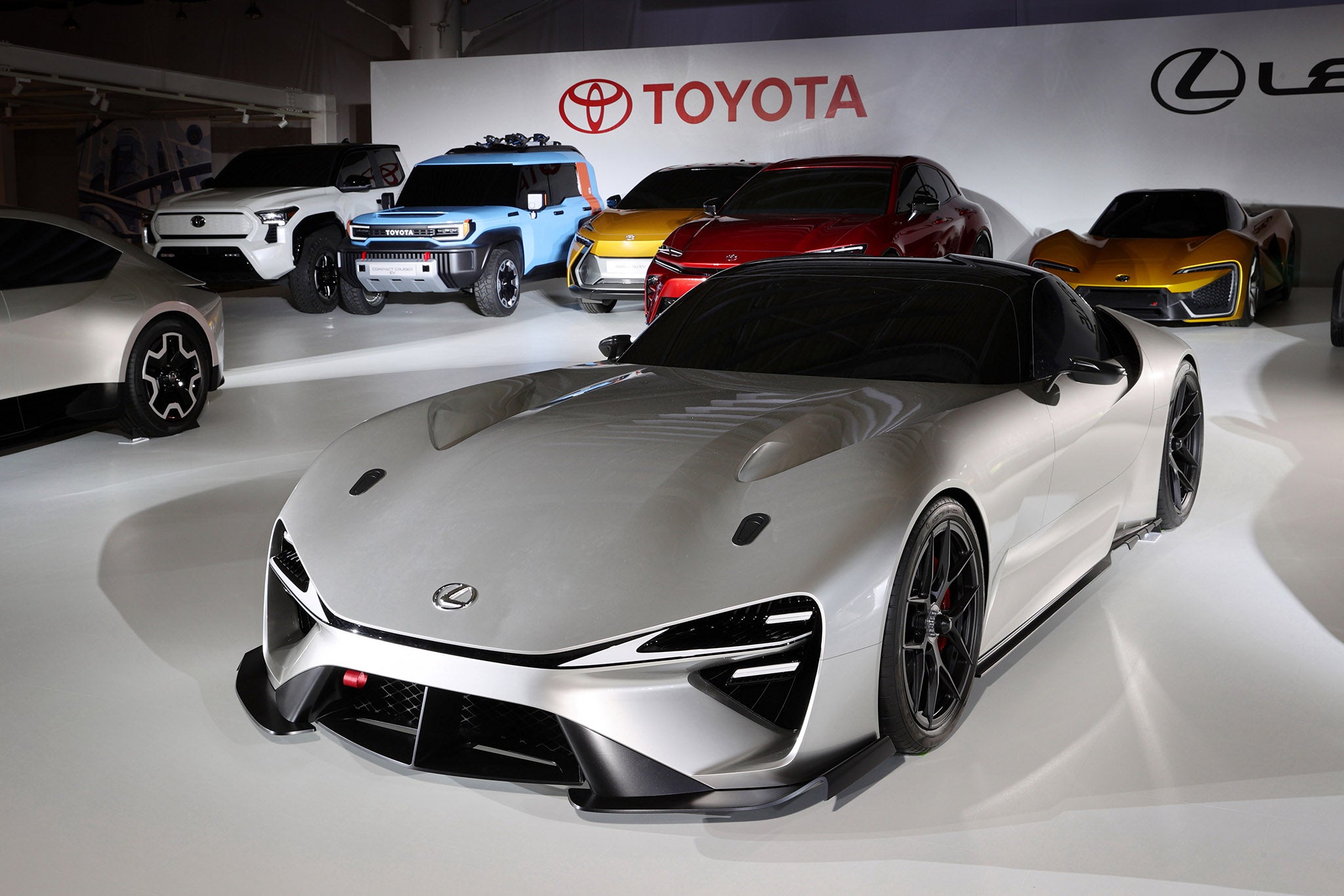 While Toyota will have EVs in several segments, it’s Lexus that will become the company’s EV spearhead. Test footage demonstrated a “new chapter” for the luxury brand with a camouflaged “RZ BEV” SUV. Imagine a battery-electric RX and you’ll have it. It’s a move that’s similar to GM’s announcement that its Cadillac luxury brand will pivot to EVs as well. It’s also the traditional way automotive innovation usually arrives in the market: from the top down, in luxury models first, just as Tesla did it.

Toyota’s luxury brand aims for all of its sales in Europe, North America, and China to be battery-electric vehicles by 2030—just eight years from now. And it expects 100 percent of its global sales to be EVs five years after that, in 2035—or only 23 years or so behind Tesla.

An obligatory part of every CEO’s EV presentation looks at the company’s history in EV research and development. Indeed, Toyoda cited the 1996 Toyota RAV4 EV, the battery-electric small SUV sold only in California as a compliance car, meaning a vehicle sold only in the volumes and regions necessary to meet regulatory requirements. Following that was a collection of tiny urban EV runabouts, and the eQ—an electric version of the iQ that emerged in 2012. It was killed off after a mere 100 were built.

Toyoda, naturally, didn’t mention the company’s decade-plus insistence that EVs would only ever be suitable for tiny, short-range electric cars—like the eQ—while any kind of family or long-distance vehicle with zero emissions would have to be powered by hydrogen. 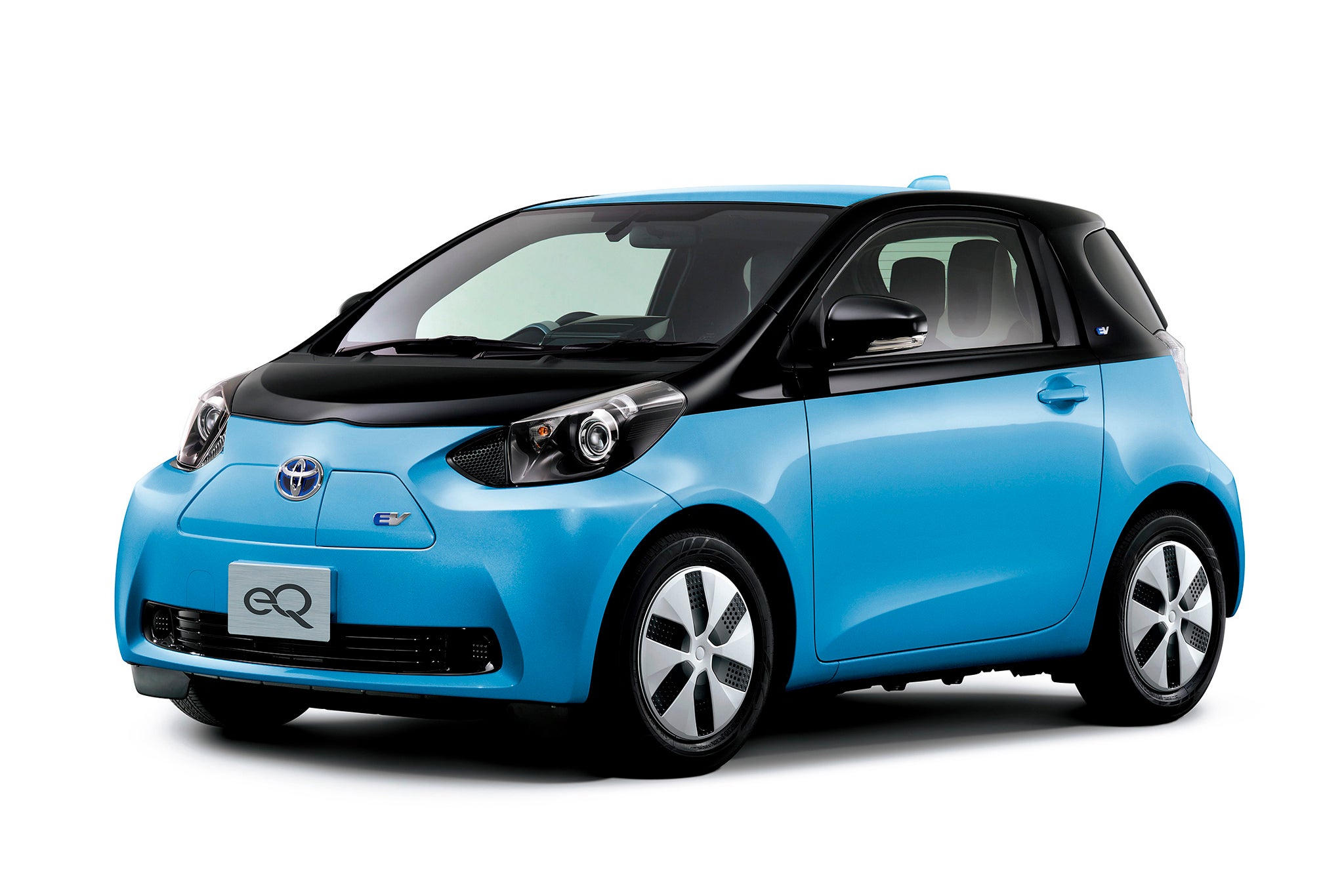 Those days may be gone now. Toyota has been a laggard in EV production, at first reluctantly and resentfully forced into it by China and its zero-emission vehicle sales rules. Now, it claims it will be a full part of the transition—if not necessarily on the leading edge. As the world’s most profitable large carmaker by far, it certainly has the resources to do so if it chooses.

How Serious Is Toyota, Really?

Remember that even when Toyota manages to bring a fully battery-electric vehicle to market, there’s no guarantee that it’ll become an instant best-seller. A cautionary tale exists with Nissan: Although the automaker pioneered mass-market EVs in 2011 with the Leaf compact hatchback, it has lagged with EVs since then. The Leaf launched with peculiar looks and an EPA-rated range of 74 miles; it was eventually overtaken as the world’s highest-volume electric car by the Tesla Model 3. It didn’t prove to be the sales success then-CEO Carlos Ghosn envisioned, and he didn’t greenlight any further EV passenger models through the end of his tenure.

But EV pioneer or not, Nissan continues to grapple with the fallout from the Ghosn affair, shrink unprofitable operations, and rationalize global platforms across its multiple alliance brands—Renault, Nissan, and Mitsubishi. EVs may be the least of its challenges, and its commitment was on the low end.

This week, according to a Reuters report, Nissan and its alliance partners are to unveil a new plan to triple investment in EVs, with five separate battery-electric platforms in production by 2030. It’s the mark of a decade wasted; the current Nissan Leaf is based on its 2011 underpinnings, the Renault Zoe emerged in 2012, and each brand is only now putting two new EVs into production. (We’ll finally see the 2023 Nissan Ariya in the U.S. later this year.) How the mighty are fallen. 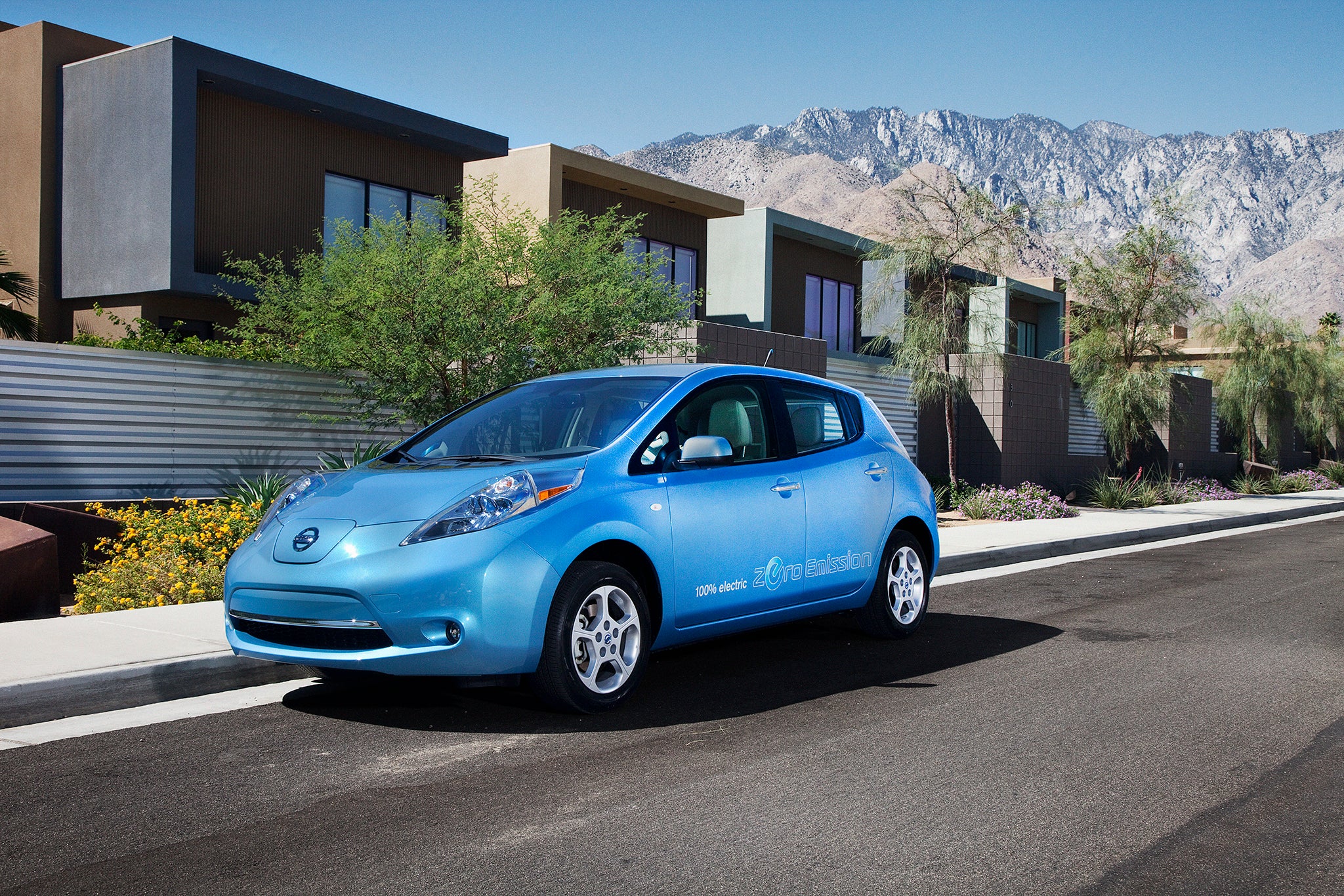 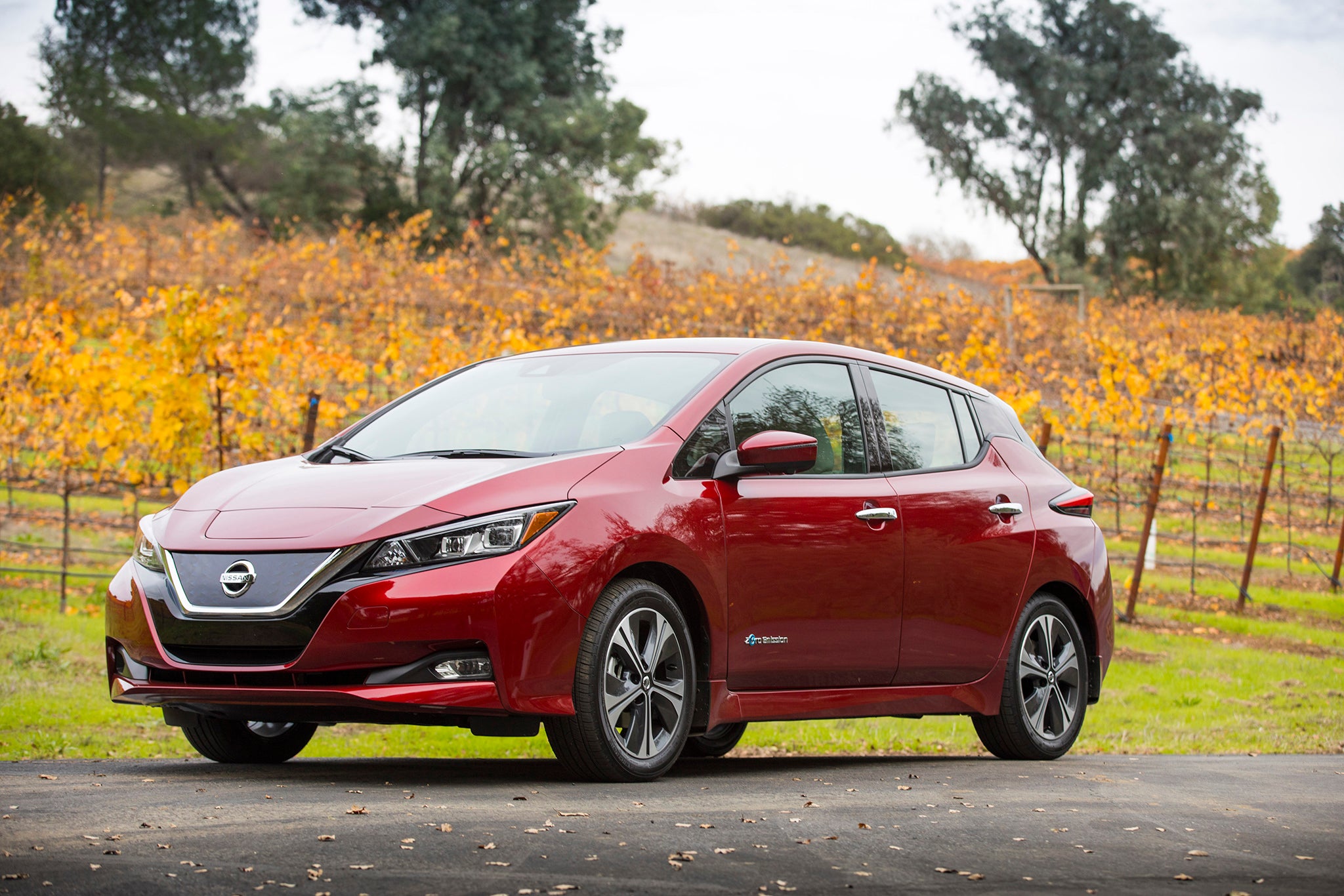 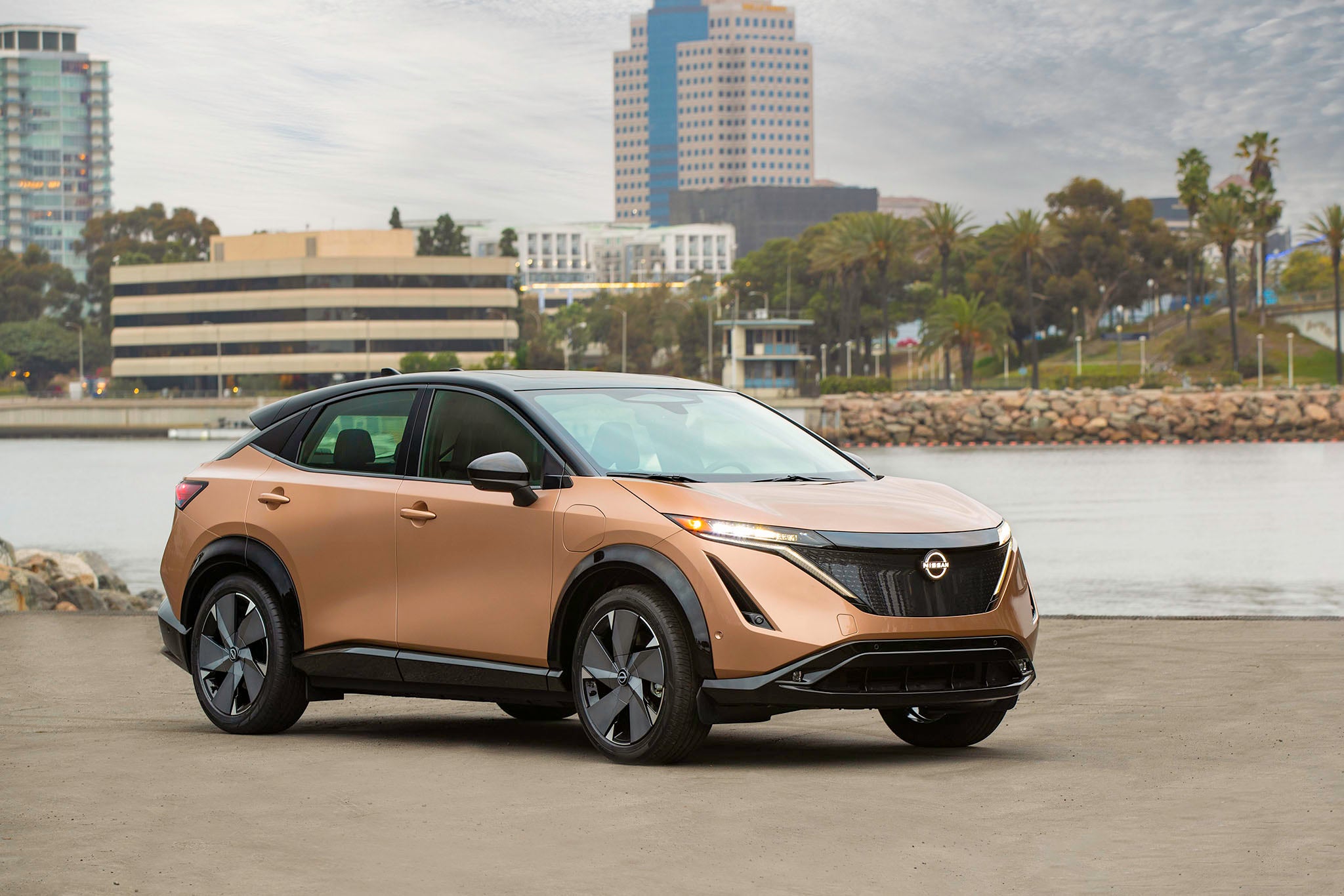 Unlike Nissan’s often wieldy three-way marriage, Toyota can be single-minded in pursuit of certain goals. It often iterates through several generations of cars to improve on initially tepid ideas (think first-generation Prius versus the far better version today, styling aside). But the biggest and most immediate question that remains is whether electric Toyotas will be competitive EVs while also continuing to deliver the ironclad reliability and long life the brand is known for.

On paper, the bZ4X seems as though it will lack a few features at launch. Toyota projects it will be EPA-rated at 250 miles of range—only so-so for a 2022 model. The vehicle won’t offer Plug And Charge, nor will its navigation route users among charging stations. It has no front trunk; in fact, it doesn’t even have a glovebox.

On the other hand, Toyota is the world’s first maker to guarantee its EV battery will retain 90 percent of its rated range after 10 years. That’s a real plus for first-time buyers concerned about range loss since it’s one of the main concerns of those considering an EV. Though it is still too early to say definitively, Toyota is likely making true to its guarantee by leaving more capacity in reserve in its battery, allowing it to maintain range even as the battery gradually degrades with time.

To date, very few makers have guaranteed battery capacity in their EVs, and none for 10 years. (All warranty against complete battery failure, however.) Early data suggested Tesla batteries seem to hold up fairly well over time, but more EVs will have to cover more miles before we have similar data for them all. 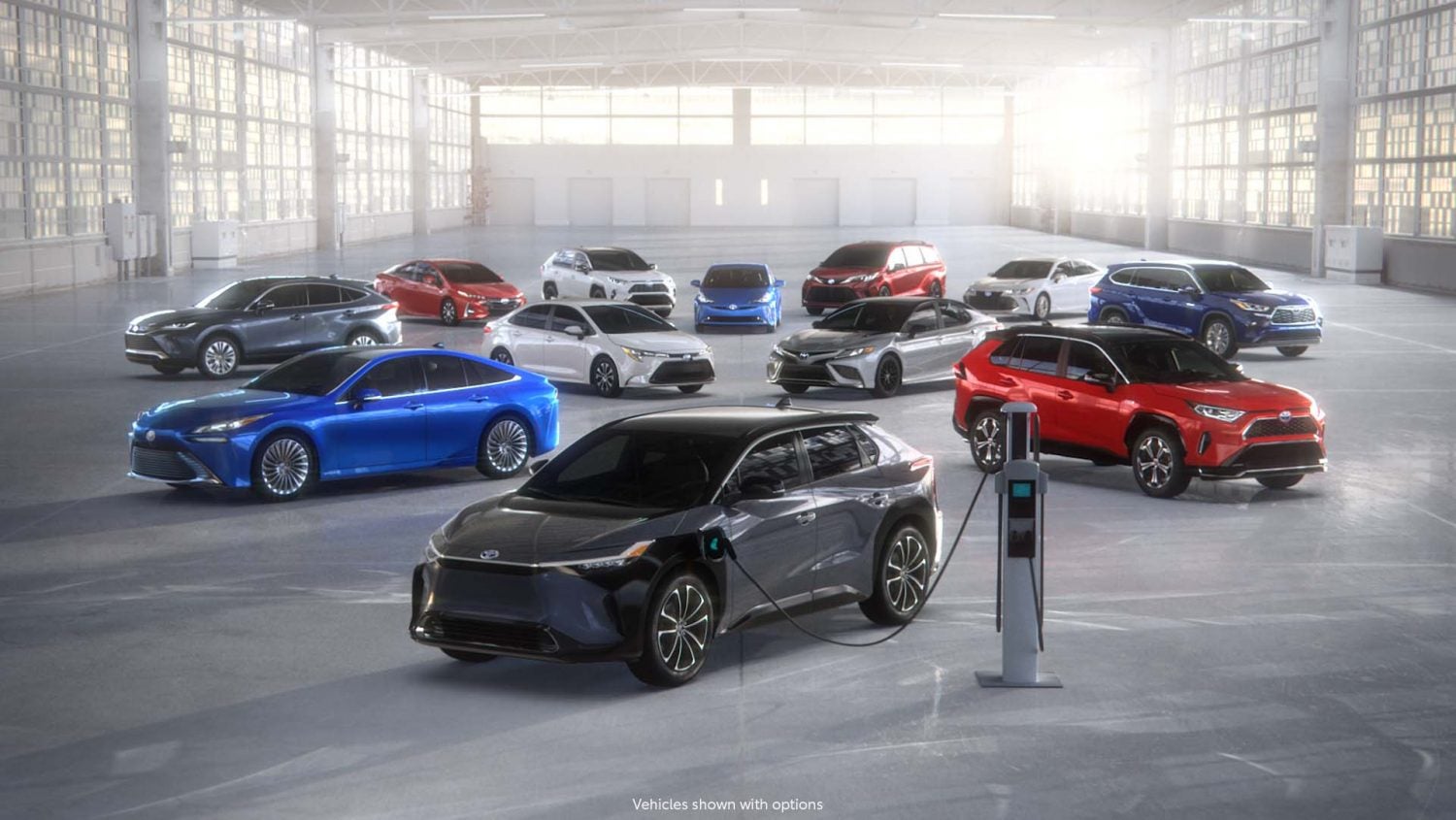 As always, the proof will be in the cars: how well they stack up against the competition and how many Toyota really intends to sell. So far, the company hasn’t convinced advocates it’s serious about EVs—and its board chair remains Takeshi Uchiyamada, also known as “the father of the Prius.” That fact alone spurs concern the company is caught in the Innovator’s Dilemma.

But at least, now, Toyota is in the EV game for real. That’s undeniably a good thing for a competitive market.

John Voelcker edited Green Car Reports for nine years, publishing more than 12,000 articles on hybrids, electric cars and other low- and zero-emission vehicles and the energy ecosystem around them. His work has appeared in print, online and radio outlets that include Wired, Popular Science, Tech Review, IEEE Spectrum and NPR‘s “All Things Considered.”